Finding anime series like Shikimori’s Not Just a Cutie can be time-consuming if you are doing it on your own. Luckily, 9 Tailed Kitsune is here to help you out!

For people unfamiliar with the series, Shikimori’s Not Just a Cutie (Kawaii dake ja Nai Shikimori-san) is a Japanese romantic comedy manga series by Keigo Maki.

Shikimori seems like a perfect girlfriend: cute, sweet, and deeply in love with her boyfriend Izumi. This charming persona, however, completely changes when Izumi gets in trouble. She then becomes a cool heroine with sharp glaring eyes that everyone around her admires, saving Izumi from all sorts of dangerous situations!

Check out Shikimori’s Not Just A Cutie on Amazon

SAO is a game isekai but doesn’t shy away from wholesome romance at all. The lovable duo of lovers promises to find each other in real life no matter what because they know their feelings are real.

Asuna is a top-tier waifu on par with Shikimori.

The series takes place in the year 2022 when every gamer’s dream becomes real—gamers can now connect to a VRMMORPG game called Sword Art Online through a helmet called NerveGear, which can simulate users’ senses via their brain, and thus they can experience and control their in-game character with their minds.

Kazuto Kirigaya is a very keen gamer and so he is, of course, hyped. After the alpha version of SAO is released, 10 000 players including Kirito log in for the first time only to find out that the logout button is disabled. The creator of the game appears in-game and states that the only way to get out is to beat all 100 floors of Aincrad, an iron-and-stone floating castle that is the setting of SAO. He also says that if they die in-game or someone forcefully removes their NerveGear, they will also die in real life.

Like Shikimori’s Not Just a Cutie, Kaichou wa Maid-sama! is gentle high-school romantic anime series with a likable cast of characters. If you enjoyed one, you will surely enjoy the other!

A petite cute high school girl falls in love with a rather unconventionally looking first-year student after he saves her from a groper.

Both series are full of fluffy vibes and sweet moments as we watch daily life chemistry between the couple. The beauty is that they show us what it feels like to be loved for who we are.

My Dress-up Darling premiered in January 2022 and became an instant hit. The biggest similarity between the two shows is that they are both romcoms with a strong and supportive heroine who brings out the best in the male lead.

The series tells the story of Gojou, a boy who likes dolls. He spends his days at home working on traditional Japanese-style figurines, not bothering to make friends because he believes that his uncanny hobby would be a source of disdain.

Another romantic anime show like Shikimori’s Not Just A Cutie is Ah! My Goddess.

In this anime, a college student accidentally summons the Goddess Belldandy and wishes for her to be forever with him. Surprisingly, his wish is granted, throwing everything into disarray.

Belldandy and Shikimori are undoubtedly perfect girlfriends: they are supportive, selfless, and protective of their boyfriends. Watch this cheesy romance story unfold if you want to evoke some wholesome feelings!

The Future Diary might be way more action-packed and shounen-esque but the yandere girlfriend of the protagonist will surely remind you of Shikimori with how cute, resourceful, and protective she is. She has saved the protagonist’s life countless times and still going strong.

Amano Yukiteru is a loner and observer who finds himself frequently engaging in conversations with his imaginary friends―The God of Space and Time, Deus, and his servant. What a shock will Yuki experience when he finds out that Deus is a real God, proving it by granting him a Random Diary that can predict future events around him.

Everything seems great until Deus decides that he will grant additional 11 diaries to other people as well. This is because Deus has only one goal―the owner of the diary who manages to kill all remaining Diary owners will become the God, replacing Deus who is about to die shortly.

Taishou Maiden Fairytale is a straight-up romance, no harem, no drama series, which is a very similar approach like Shikimori’s Not Just a Cutie had.

After he got into an accident, he lost everything—his mother, the use of his right hand, and his father’s expectations. Since he lost the use of his dominant hand, his father viewed him as a good for nothing and decided that it’s for the best to send him off to the vila in the mountains of Chiba. Tamahiko, thinking this was his final dwelling was just quietly waiting for his demise.

Horimiya tells the story of two high school classmates who keep their real personalities secret from their classmates and happen to meet unexpectedly outside of school, revealing their real selves by accident. After this encounter, an unlikely friendship forms.

Both series are sweet and adorable with a protective/jealous girlfriend who pushes her boyfriend to be the best version of himself while loving all of him, including his flaws.

In/Spectre has a heroine who deeply loves her boyfriend despite all of his supernatural “imperfections”, like our Shikimori. She is powerful and smart on her own and willing to protect him, making her one of the best girlfriends in anime.

The series revolves around Kotoko Iwanage, a young girl who might look normal but that could not be further from the truth. At the age of 11, she became a mediator between the spirit and the human world. Whenever youkai have some problem they wish to solve they contact Kotoko.

She quickly realizes that Kurou has a lot of knowledge and can be a great help when it comes to solving various supernatural problems and the two become partners.

Looking for a fluffy, wholesome, and light-hearted romance anime about two teen lovebirds? Look no further! Tonikaku Kawaii is an adorable anime just like Shikimori’s Not Just a Cutie. I should also mention that the girl in Tonikaku also saves the boy and there is no drama.

Tonikaku Kawaii follows the story of Nasa Yuzaki, a boy that gets hit by a truck on the day of his high school entrance exams only to be saved by a dazzlingly beautiful girl, Tsukasa Tsukuyomi. Barely alive, almost passing out Nasa manages to confess his love for the girl. Tsukasa accepts his feelings and agrees to become his girlfriend but only if they get married, to which Nasa gladly accepts. 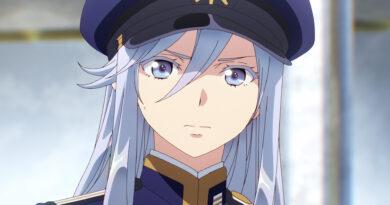 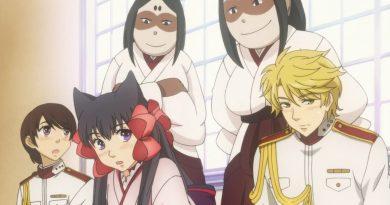