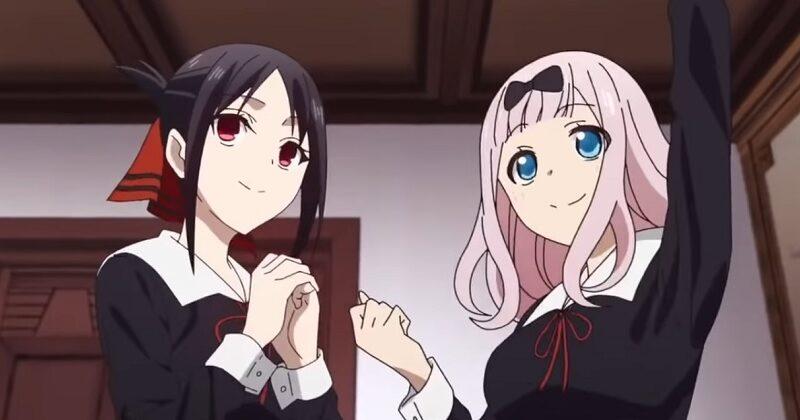 Spring of 2022 is going to be filled with many wonderful anime TV series and also movies.

Spring 2022 anime releases are not going to disappoint; in fact, some of the anime slated for spring 2022 include the most popular anime like The Rising of The Shield Hero, The Quintessential Quintuplets, or Kaguya-sama: Love is War.

If you are uncertain about what to watch, you should check out this list and you might find what you have been looking for.

The Top 15 anime recommendations for spring 2022 are listed below.

The story is set in Tokyo after bubbles that broke the laws of gravity rained down upon the world. Cut off from the outside world, Tokyo has become a playground for a group of young people who have lost their families, acting as a battlefield for parkour team battles as they leap from building to building. Its protagonist Hibiki, it seems, is a member of one of these parkour teams.

Furthermore, a meeting between Hibiki and his mysterious savior Uta “leads to a revelation that will change the world.”

The series is an adaptation of the classic Sherlock Holmes story we all know, but this time it focuses on the antagonist.

Free! The FInal Stroke is a pair of anime films produced by Kyoto Animation and ANIMATION DO released in 2021 and 2022.

The films are a continuation of the Free! anime’s third season, and in recent promo materials the movies are referred to as the “final chapters” of the Free! series.

The movie will reconstruct the episodes from the television anime and take place after the finale.

Aharen Reina is a petite soft-spoken girl who has huge trouble determining personal space and boundaries. Her seatmate, Raidou Matsuboshi, is the only person in the class who tries to understand her antics.

10. Ascendance of a Bookworm 3rd Season

Urano is a young Japanese soon-to-be librarian who dies in an earthquake. As she draws her last breath, she wishes to be able to read more books in her next life.

Right after, she gets reincarnated in a medieval world as a 5-year-old girl named Myne. There, she learns that books are scarce and only provided to a few elite nobles. But even that can’t discourage Mayne, and she is determined to make books by herself!

In order to lift an ancient family curse, a weak Demon girl must murder an OP Magical girl who always treats her kindly.

The Red Ribbon Army, an evil organization that was once destroyed by Goku in the past, has been reformed by a group of people who have created new and mightier Androids, Gamma 1 and Gamma 2, and seek vengeance against Goku and his family.

A spy builds a family to execute a mission, not realizing that the girl he adopts as a daughter is a mind reader and the woman he marries is an assassin.

6. Shikimori’s Not Just a Cutie

Shikimori seems like a perfect girlfriend: cute, sweet, and deeply in love with her boyfriend Izumi. This charming persona, however, completely changes when Izumi gets in trouble. She instead becomes a cool heroine with sharp glaring eyes that everyone around her admires, saving Izumi from all sorts of dangerous situations.

4. Science Fell in Love, So I Tried to Prove It 2nd Season

Two scientists try to explore love with a scientific approach.

An exceptional student with a troubled personal life gets hired as a highly paid tutor for identical quintuplet sisters of varied personalities who have one thing in common: they all hate studying.

Two top-ranked student council representatives, Miyuki Shirogane and Kaguya Shinomiya are both highly respected by their peers for their grades and elegance.

1. The Rising of the Shield Hero Season 2

The three form strong bonds while working together and decide to protect the world from the Waves.