Good short anime movies are few and far between, never quite as long as you’d want them to be or they’re an unintelligible rushed mess that tries to cram 5 years’ worth of material in 40 minutes.

It’s a shame that such good storylines are wasted just because the movie is not 30 minutes long, but surely not every animated short movie is like that right? Surely not everything is as bad as it seem? And that’s true, short movies like the ones that Disney makes are the very essence of a good short movie because even after years of watching it, you never get tired of it.

But what about anime? Is there any redemption after the abrupt endings of I Want to Eat Your Pancreas? Well, there’s Into the Forest of Fireflies’ Lights, does it make it any better? Quite the opposite.

Into the Forest of Fireflies’ Lights was released in 2011, directed by Takahiro Omori, and was adapted from a manga of the same name.

It’s a short movie that tells the sad tale of a girl named Hotaru that goes to the countryside every summer. She went to the forest and met a guy with a mask. While this sounds like the perfect setup for a French gorefest movie, it’s quite wholesome with the mysterious dude being a forest spirit that goes by the name of Gin.

Gin is a forest spirit, guardian of the forest doesn’t age, and doesn’t die, except when he’s touched by a human that is. Every summer when Hotaru goes back to the countryside for vacation, she matures and comes of age while Gin stays the same. One can say that they developed feelings for each other as time progressed although without context the premise of a girl falling in love with a sentient being as she became a woman sounds very weird—and it is—but in the context of the movie, I think everyone knows where this is going.

One day, Gin takes out Hotaru for a date, to a festival in the forest hosted by spirits. There you have the usual spectacles of animations such as beautiful sequences and wonderful sceneries, it was all good and dandy until a little boy slipped.

The mere sight of him fills me with hatred but not to him because he’s probably just a normal boy who plays Gameboy and will grow up watching vtubers or something, he’s too young and too naive for him to know the consequences of his action. No, he’s but a tool.

What I really don’t like about this title is how the writers ended this movie, it’s like an Agatha Christie novel where a new character comes up in the last 5 pages of a crime novel ad is introduced to be the killer.

(MC: It’s a very sad thing my wife died if only I can find who killed her! -he’s in London-

Some guy from Saudi Arabia riding a camel with a bunch of monkeys on his side: I’m the killer!)

In the same sense as Agatha’s novels, Into the Forest of Fireflies’ Lights introduces a never-before-seen character just to force the entire movie to a close. To end things just for the sake of ending them, is it a conclusion? No, it just ended. Because of the screen time probably.

One might say that if only the movie is 30 minutes longer then we could’ve had a better ending. But is it really that sad? Where else can the story go aside from its tragic end? Will it be more memorable if it was a full movie or will it be lost in the vast tranche of anime films, only to be remembered as that one sad movie?

I’d argue that the notoriousness of this movie comes from its horrible ending, the sheer mediocrity of it is what made so many people regard it highly, as “one of the best movies ever” which is just plain untrue. It’s a classic case of forced drama and it was only through this ending and the surge of people on Twitter, Internet forums, and reviewers who “cried”—I bet that they never even had a single shred of emotion and just did it because everyone was doing it—at the ending is what gave is fame and recognition.

It’s so “sad” that it comes up in every top 10 saddest anime movies of all time. I bet that there’s even a watch mojo list with the title in it. But in my point of view is not a dramatic film, a sad story, or a tragedy, it’s just lazy. 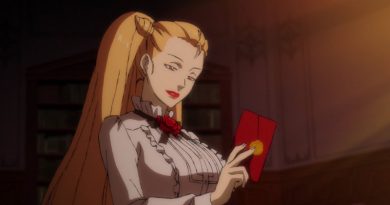 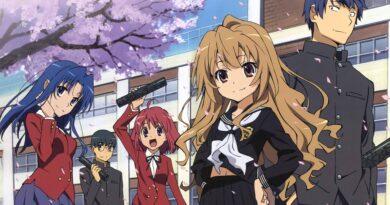