The Greatest Demon Lord Is Reborn as a Typical Nobody is a Japanese light novel series written by Myōjin Katō and illustrated by Sao Mizuno.

An anime television series adaptation by Silver Link and Blade will premiere in April 2022.

The most powerful being of all time, the Demon Lord Varvatos decides to reincarnate with average magical strength because he is bored with life. While the reincarnation as a commoner was successful, he is bound to learn that the quality of demons has dropped so drastically that even when he holds back, he is still too overpowered!

So yeah, we have another reincarnation story where ‘a typical nobody’ directly translates to ‘a stud who gets all the girls’ and ‘overpowered badass’. I would guess that many people want to be a ‘typical nobody’ too…

Doesn’t mean it won’t be enjoyable to watch, it just means that it’s using the same cliché formula, so be warned if you hate these kinds of stuff and this is your first time hearing about this anime.

Here are 10 anime like Shijou Saikyou no Daimaou, Murabito A ni Tensei suru (The Greatest Demon Lord Is Reborn as a Typical Nobody).

10. The Fruit of Evolution

The series is about an OP protagonist in a fantasy world where he is fawned over by multiple beautiful ladies like in The Greatest Demon Lord Is Reborn as a Typical Nobody.

9. The World’s Finest Assassin Gets Reincarnated in Another World as an Aristocrat

In this series, an old man who is known as the world’s greatest assassin dies and is reincarnated in a world of swords and magic where his skill set is needed to prevent the destruction of the world.

Both series include similar themes: an OP protagonist is reincarnated in another world where he is OP once again (high magical power) and he gets a harem filled with all sorts of beauties.

Mushoku Tensei is about a hopeless 34-year-old NEET who gets killed during a traffic accident and reincarnates in a fantasy world with his memories and intellect intact.

The overall feel of both anime is similar: the main character gets reincarnated in a fantasy world, has a high magical aptitude, ends up adventuring around the world, and attracts lots of cute girls.

A recently deceased young man is sent to another world and is taught magic by master Merlin. He quickly masters everything he is taught. However, he has one fatal weakness⁠—common sense.

Both series use the same cliché isekai tropes: an isekai’d protagonist is extremely OP to the point that everyone else looks like a joke compared to him. When he casts his OP magical spells with little no effort, everyone around him is SHOOK to see such power and prowess.

Overlord follows Momonga, a guy who gets stuck in a virtual reality game called Yggdrasil. With all NPCs suddenly developing personalities on their own, it’s now up to him to conquer this new world!

With the MC being an unrivaled ‘God’ in this fantasy world & ladies throwing themselves at him, it’s not hard to see why these two series are strikingly similar.

One day, he ends up summoned to a fantasy world with the appearance of the Demon King from Cross Reverie. The two beautiful ladies who summoned him then try to perform an Enslavement Ritual that backfires and the two become his slaves instead. After getting to know them a little, he decides to accompany them on a journey to unbind the slave contract.

How could we forget about Diablo? If you are looking for a show with an isekai’d OP protagonist who has a harem, you are gonna love this show!

4. The Irregular at Magic High School

Did you like that Varvatos was unrivaled, handsome, and drawing people to him like a magnet? Did you enjoy those moments when he destroyed his assailants with no effort and ridiculed them with his overwhelming magical abilities? While The Irregular at Magic High School is not an isekai, it’s exactly about this. About an overpowered and cool protagonist who is exceptionally gifted in magic.

3. The Strongest Sage With The Weakest Crest

In this series, the world’s strongest sage will stop at nothing to get stronger—not even reincarnation!

This show is also an isekai series with an OP protagonist who has an exceptional magical aptitude. His companions are beautiful girls who are all “magically” drawn to him.

2. Didn’t I Say to Make My Abilities Average in the Next Life?

The show is about a cute girl who reincarnates in hopes of being average, which is her deepest wish. While her wish is granted, she still ends up being too OP in the new RPG-like world! Refusing to give up on the life she envisioned, she will try her utmost to hide her real power.

So let’s imagine that The Greatest Demon Lord Is Reborn as a Typical Nobody has a more lighthearted version with the main trope being cute girls doing cute stuff. That’s Didn’t I Say to Make My Abilities Average in the Next Life?

1. The Misfit of The Demon King Academy

The series follows the story of Anos, the Demon King of Tyranny, who has defeated humans, elementals, spirits, gods, and fought countless wars. Tired of all the fighting, he decides to reincarnate, hoping to see a more peaceful world.

In both shows, the most powerful entity decides to reincarnate in the same world but many generations later. He finds out that the magic and power levels have declined so much that he is still the most OP being. In the beginning, everyone looks down on MC but he always surprises them by showing them the difference in their strength. Also, it’s a HAREM with lots of kawaii girls competing for the attention of the handsome OP MC.

RECOMMENDED: 6 Anime Similar To The Misfit of Demon King Academy 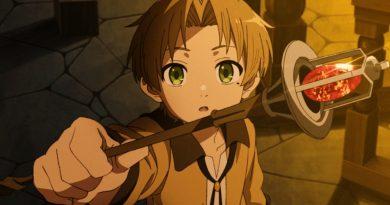 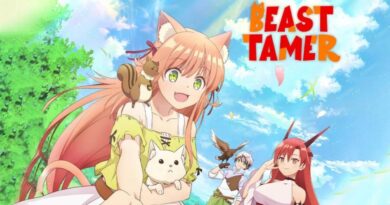 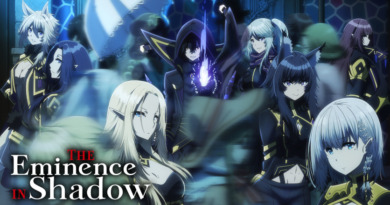