Yes, the protagonist has experience and skills from his past life. The guy was actually in his 50s and one of the top assassins when he died, so it makes sense that he is so overpowered and skilled in the new world as well since he has still memories from his previous life.

This series is written by the author of the controversial anime series called Kaifuku Jutsushi no Yarinaoshi, by the way.

Here are 7 anime similar to Saikou no Ansatsusha, Isekai Kizoku ni Tensei suru (The World’s Finest Assassin Gets Reincarnated in Another World as an Aristocrat).

If you liked the assassin part of the story, you might actually enjoy HxH’s arcs where Killua’s assassin background is explored. While HxH is more similar to anime like Naruto or Black Clover, the story of one of the most prominent characters in the series will surely remind you of Lugh and his family of assassins. He even looks a bit similar to Lugh!

6. In Another World With My Smartphone

A 15-year-old student is accidentally killed by a God and reincarnated in a fantasy world with his smartphone.

While this series is not the most groundbreaking isekai I have seen, it serves its purpose to entertain. It shares many parallels with Sekai Saikou no Ansatsusha, Isekai Kizoku ni Tensei suru: a magical setting, many beautiful female companions/friends who surround the overpowered protagonist who was reborn to this new world with his memories intact.

5. My Next Life as a Villainess: All Routes Lead to Doom!

My Next Life as a Villainess: All Routes Lead to Doom! is my favorite reverse harem anime filled with wholesome and funny moments.

This series is about a young girl who accidentally bumps her head and regains memories of her past life as an otaku. She quickly realizes that she was reborn in the world of Fortune Lover—one of the games she used to play. Unfortunately, the character she was reincarnated into is the game’s main antagonist!

It is similar in the sense that main character is isekai’ed to a magical world where they retain their memories from previous life but they need to adapt to this new world. Also, they are both born into aristocratic families.

Wise Man’s Grandchild is literally cut from the same cloth as Sekai Saikou no Ansatsusha, Isekai Kizoku ni Tensei suru. A recently deceased man is reincarnated in a magical world where he becomes really OP since he is really gifted with magic. Although he lacks common sense, he still ends up having many cute female companions around him!

That Time I Got Reincarnated as a Slime is another isekai where the protagonist isn’t dense at all. In fact, he is actually smart and uses his extremely powerful abilities and knowledge well.

It tells the story of an average 37-year-old corporate worker who dies after being stabbed to death by a passing robber and reincarnates as a genderless slime in a fantasy world.

So we have a guy who is isekai’d to a fantasy world, gets betrayed by a group of people he trusted, and becomes overpowered. Of course, we need to also consider that he will attract all sorts of beautiful (and powerful) ladies. Sounds familiar? 🙂

It follows a hopeless 34-year-old NEET who gets killed during a traffic accident and reincarnates in a fantasy world with both his intellect and memories intact.

The similarities are actually huge. Both protagonists made many mistakes in their previous lives and got another chance by being reincarnated in fantasy world after they passed away. In this fantasy world, they are born into a proper family and are considered geniuses with high magic aptitudes. Also, both series introduce very quickly a cute magic teacher. 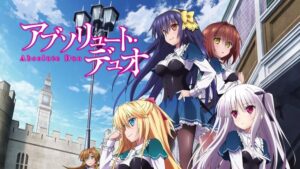 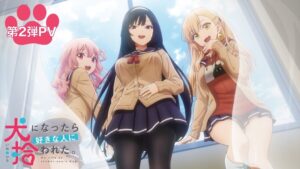