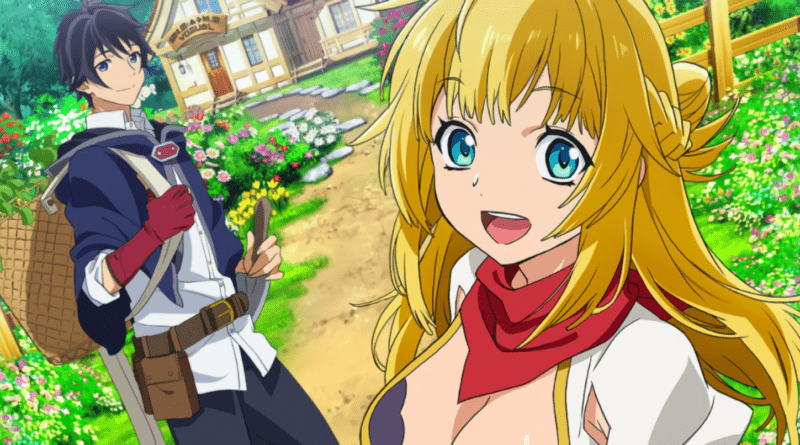 Banished from the Hero’s Party is a Japanese fantasy light novel series written by Zappon and illustrated by Yasumo.

An anime TV series adaptation by Wolfsbane and Studio Flad premiered in October 2021.

Red had used to be a member of a powerful and heroic party called the Hero’s Party until he got kicked out by his comrade. And thus, this once mighty adventurer decides to move to the countryside and sets his mind on opening an apothecary!

While this series starts as a typical fantasy story with a hero who got kicked out of the party, it’s not really revenge that follows. This once mighty hero decides to open an apothecary and live a slow life instead. And nothing’s wrong with that, I love this idea!

Here are 7 anime similar to Banished from the Hero’s Party, I Decided to Live a Quiet Life in the Countryside (Shin no Nakama ja Nai to Yūsha no Pātī o Oidasareta no de, Henkyō de Surō Raifu Suru Koto ni Shimashita).

7. The Hidden Dungeon Only I can enter

The Hidden Dungeon Only I Can enter tells the story of Noir Starga, a noble who is stuck at the bottom of the social hierarchy until he acquires three incredibly overpowered skills. The only catch is that using them causes him to lose his life points, so now he needs to replenish his life energy with worldly pleasures!

And so, Noir enrolls at the Hero Academy to improve his ranks.

While this anime might not seem strikingly similar, it is also set in a fantasy world with lots of adventures to follow.

Do you perhaps love the concept of adventure guild-themed anime?

Then Fairy Tail is the right series for you to watch.

Fairy Tail follows the adventures of the wizards of an (in)famous wizard guild called Fairy Tail.

KonoSuba is another fantasy anime similar to Banished from the Hero’s Party.

Mushoku Tensei follows a hopeless 34-year-old NEET who gets killed during a traffic accident and reincarnates in a fantasy world with both his intellect and memories intact.

There is one thing I gotta say: the main character is not an airhead. He might be a perv, but he is definitely not an idiot. Also, if you like the adventurous aspect of Banished from the Hero’s Party, then you need to see Rudeus’s crazy harem adventures!

3. The Dungeon of Black Company

Kinji Ninomiya succeeds in getting a stable income stream with no work involved. He is overjoyed to have the uber NEET life that others can only dream of—that is, until he ends up isekai’d to a fantasy world. What is worse, he is now enslaved by an evil mining company and has to work 60 hours a week with barely any rest!

It has a really similar approach to the hero aspect as we see in Banished from the Hero’s Party—the main character doesn’t want to get revenge from the ones who wronged him, he wants to build an actual company.

2. Drugstore in Another World

Could these two be more similar?

You can probably tell just by the title that this series is about a guy who opens a drugstore in a fantasy world where he got transported.

The main character is extremely skilled at making potions and that’s the reason why he opens a drugstore. Throw some beauties into this mix and you have a chill and comforting series to watch.

1. The Rising of the Shield Hero

The three form strong bonds while working together and decide to protect the world from the Waves.

Naofumi (the main character from The Rising of the Shield Hero) is incredibly similar to Red. And not only by his looks! Naofumi got banished too because he was considered weak & soon after he found a cute and loyal companion. He is also mature looking & thinking, although his and Red’s goals are different.