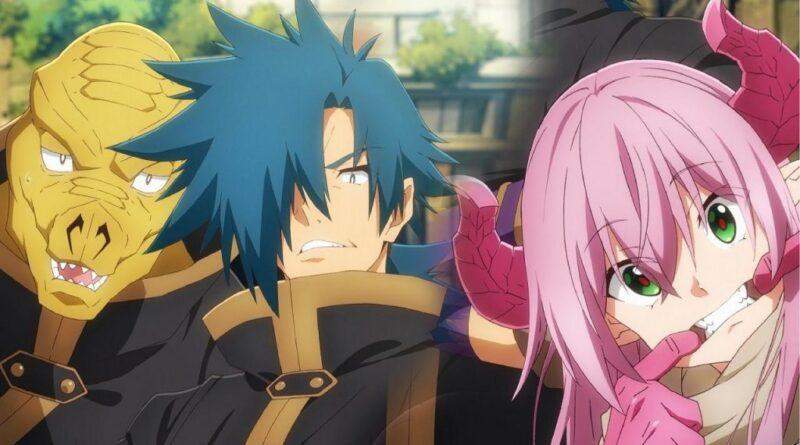 The Dungeon of Black Company is a Japanese fantasy manga series by Yōhei Yasumura.

Kinji Ninomiya succeeds in getting a stable income stream with no work involved. He is overjoyed to have the uber NEET life that others can only dream of—that is, until he ends up isekai’d to a fantasy world. What is worse, he is now enslaved by an evil mining company and has to work 60 hours a week with barely any rest!

As you might expect, this isekai experience is unlike any other. Instead of being isekai’d as some kind of hero with superpowers, the main character has to regain financial stability by any means necessary. And this is what makes The Dungeon of Black Company unique & fun to watch. He has to actually use his brain and charm to improve his life in this new world.

While Amagi Brilliant Park is not an isekai anime, it still shares many similarities to The Dungeon of Black Company.

The main character is not a typical hero as you might be used to seeing in many anime. There are no superpowers involved, it’s all about the brain. This is because he becomes a manager of an amusement park and needs to meet some sort of quota if he wants to save it from closing.

Even though Amagi Brilliant Park is not isekai, the fantasy aspect is still present since there are also fantasy creatures living in the park.

Tsukimichi: Moonlit Fantasy is also one of the July 2021 isekai anime, just like The Dungeon of Black Company.

In Tsukimichi, a young boy is forcefully transported to another world but instead of becoming a hero from the start, the crappy goddess strips him of the role of a hero and drops him at the edge of her world!

As you can probably already tell by the description, they both choose a parodic approach to isekai which in turn makes them entertaining to watch since it’s executed well. In both, there are fantasy monsters who befriend the protagonist and transform into cute girls who then accompany the protagonist on his journey to achieving his goals.

5. The Great Jahy Will Not Be Defeated!

The Great Jahy Will Not Be Defeated! is one of the funniest reverse isekai I have seen in a while. It’s also about adapting to the new world, working & earning a living which creates tons of comedic situations that have a similar feel to The Dungeon of Black Company.

If you want to watch an anime with a witty duo consisting of a smart guy and a cute loli, look no further than No Game No Life.

No Game No Life revolves around two main characters, Sora and Shiro, the duo of NEET siblings who dislike the real world. They are famous in the online multiplayer game for being extremely skilled and undefeatable.

The invincible duo of siblings now has a completely new goal in mind—to become gods in this new realm.

A teen boy dies a shameful death and is brought before the goddess Aqua who offers him a new life with his memory intact. However, there is one catch—he will be reincarnated in a magical world with the task of defeating the demon lord!

KonoSuba is without a doubt one of the most famous parody isekai. And it is indeed funny. If you want to have a good laugh and experience the ultimate fun & laid-back atmosphere, give it a try.

You probably haven’t heard about Outbreak Company. However, this anime is one of the most famous anime from studio feel.

A shut-in otaku is isekai’d to a fantasy world full of strange creatures, tasked with spreading otaku culture around the island.

The creation of a successful company for achieving the protagonist’s respective goals is the main theme for both The Dungeon of Black Company & Outbreak Company.

1. Combatants Will Be Dispatched!

It’s a story about a scum, perverted, and arrogant main character who is given a mission to spy on the kingdom of grace by his organization that is set on conquering the entire universe.

He is accompanied by a high spec android in the form of a young girl to successfully carry out his mission. He successfully infiltrates the kingdom, joining the honorary knight position, and gets closer to its inner circle. He is supposed to help the kingdom defeat the demon lord.

While this might not strike too much similarity to The Dungeon of Black Company at first, bear with me. There is an evil organization to defeat and also a self-centered male lead who is accompanied by a loli partner. If you like entertaining character interactions, then you need to add this anime to your must-watch list! 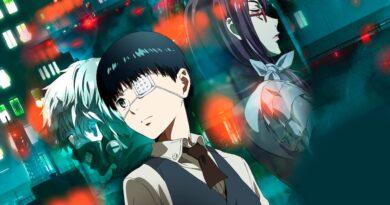