“I’m Pencil Shinobi, and I write about anime and manga. My goal is to help people improve their knowledge about anime. This blog started as a way for me to share my thoughts on anime characters but has continued to evolve into something more than just anime characters.”

Have you ever seen an anime character with the most beautiful eyes? What about two characters who have the same eye color but different hairstyles? Anime is full of captivating characters that are both interesting and visually appealing.

Unfortunately, there are too many popular anime characters with beautiful eyes, constantly changing according to the new anime updates. Some of them are well-known while others are not that famous. The truth is, it’s very difficult to pick only 10 of them!

Because of that, this blog post will showcase a few popular anime boys with the most beautiful eyes. These individuals all have their unique styles, personality traits, and interests. Some also happen to be royalty or leaders in their respective worlds, making them even more compelling!

So, here we are with the top 10 anime boys with the most beautiful eyes.

Subaru Sakamaki is a character from the popular anime and manga series “Diabolik Lovers”.

He has red eyes and his hair is light violet color with long bangs covering one of his eyes.

Subaru is one of the six Sakamaki vampire brothers. He was adopted by the Sakamaki family and is overly aggressive towards his brothers, except for Yuma, who he treats like a little brother.

Subaru is known to be very proud of his vampire lineage and even goes so far as trying to get other people turned into vampires themselves!

He likes teasing Raito in particular, which you can see in his eyes. They may be nice-looking, but they are also quite deadly!

Rin Okumura is a half-demon, half-human character from the popular anime and manga series “Blue Exorcist”.

Rin’s father was Satan, the demon king, which makes Rin a demon. However, Rin was born with a human heart and is determined to become an exorcist to defeat his father.

He has bright blue eyes and messy medium-length navy blue hair. Rin is also relatively short for his age but makes up for it with his intense personality and fighting skills.

Rin’s eyes are both gorgeous and resolve. They show his resolve to become an exorcist and defeat his father.

Luffy is the main character from the popular anime and manga series “One Piece”.

He is a pirate who aspires to become the King of the Pirates.

Luffy has a unique appearance with a large head and smaller body which are disproportionate to each other. He also has black hair and piercing black eyes. Luffy is often seen wearing a hat along with a red tank top and blue shorts.

Luffy’s eyes are both heavenly and full of life. They show his determination to achieve his goals and his carefree personality.

He is the main protagonist and is often referred to as the “Third Child”. Shinji has brown hair and eyes that are a light blue color. He is introverted and shy but also very kind-hearted.

Shinji’s eyes are both stunning and sad. They show his vulnerability as well as his inner strength.

Edward Elric is a character from the popular anime and manga series “Fullmetal Alchemist”.

He is a state alchemist who lost his leg (and later arm) after a failed transmutation when he and his brother tried to resurrect his mother. What is worse, his brother, Alphonse, lost his whole body and in exchange, they gained a lifeless body of some creature that had Alphone’s soul inside it. Edward then sacrificed his arm in order to bring his brother’s soul back and attached it to a suit of armor.

Edward has long blonde hair that he wears braided behind and curtained long bangs on each side on the front. His eyes are gold, signifying his Xerxesian ancestry.

Edward’s eyes are both appealing and full of willpower. They show his resolve to get back what he lost by becoming stronger himself.

Shanks is the captain of the Red-Hair Pirates. They have their pirate crew on one of the islands in East Blue. He is very influential in this part of One Piece, as many others treat him with great respect because he defeated one hundred pirates by himself when he was only fifteen years old!

Shanks is a tall man with red hair, a mustache, and black eyes. He wears a captain’s coat that he took from his previous captain and an open sleeveless shirt and round, gold earrings.

Shanks’ eyes are both beautiful and kind. They show his kindness and how much the people around him mean to him.

L Lawliet is a brilliant character from the anime series “Death Note”.

He doesn’t want Kira, who uses the Death Note to kill criminals, to succeed in making the world “a better place”. While he knows he shouldn’t play with other people’s lives as Kira does, L enjoys solving puzzles and having interests occupy his time.

He has medium-length black hair and black eyes with huge dark circles under them.

L’s eyes are both alluring and intelligent. They show his curiosity as well as how smart he truly is.

He used to be the swim club captain during middle school, where he learned how to swim from his father, a professional swimmer. As a result, Rin possesses many shark traits, including sharp teeth and the need to keep moving or else he’ll die if he stops swimming for too long.

In season two, it’s revealed that Rin is the son of Sosuke’s former boss who was killed in a fire that burned down the aquarium.

Rin’s red eyes are both pretty and fierce. They show his persistence as well as his shark-like tendencies.

Sasuke Uchiha is a character from the popular anime and manga series “Naruto”.

He is one of Team 7, consisting of Naruto Uzumaki, Sakura Haruno, and himself.

Sasuke is originally from the Uchiha clan, a prestigious family known for their Kekkei Genkai called the Sharingan. Kekkei Genkai gives its wielders unique abilities that are far superior to the average ninja abilities you can normally learn.

Sasuke has shoulder-length black hair with long side bangs and lots of layers at the back. His eyes are normally black but turn red with black, comma-like patterns when he activates the Sharingan.

His eyes are both beautiful and dangerous. They show his power and how serious he is when he fights.

Naruto Uzumaki is the main character of the popular anime and manga series “Naruto”.

He is a ninja who aspires to become Hokage, the leader of his village. Naruto is also part of Team 7, consisting of himself, Sasuke Uchiha, Sakura Haruno, and Kakashi Hatake.

Naruto has normally bright yellow hair and blue eyes but his eyes were shown to turn red in the initial jinchuuriki forms & Baryon mode and yellow/orange color in the Sage Form.

His eyes are both dazzling and full of determination. They show his will to never give up and become the best person and ninja he can be.

RELATED: 15 Anime Similar to Naruto to Satisfy Your Needs

It’s hard to narrow down the top 10 anime boys with beautiful eyes, but these are some of our favorites! We hope you enjoyed reading about them. Did your favorite make a list? Comment below and let us know who we missed! Everyone has their own opinion, so be sure to share yours too! 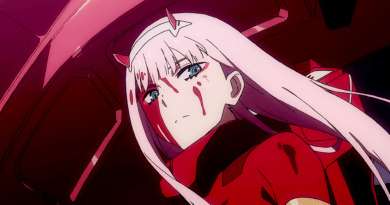 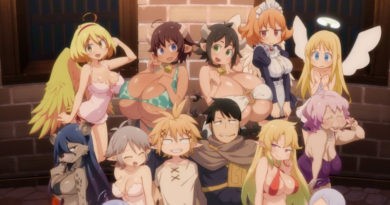 Is Ishuzoku Reviewers really THAT Good?