I just have a sense that many of the gamers who read my blog would prefer to be trapped in a game rather than in the mundane real world. Unfortunately, even though it is 2022, we are still not even close to it. But hey, at least VR and 4K gaming are options, right? Well, Overlord is one of the isekai anime series where you may do just that. And while it’s a lot of fun, there aren’t a lot of episodes. This leaves fans wanting to discover more quality anime like Overlord.

In case someone who is reading this article hasn’t seen Overlord, it’s a dark fantasy anime show about Momonga, a guy who becomes trapped in the Yggdrasil virtual reality game. With all NPCs suddenly developing personalities on their own, it’s now up to him to conquer this new world!

The anime debuted in 2015 and has around 1,4 members on MAL who have seen it. Overlord currently ranks as the 69th most popular in the database. The user rating of 7,95 places the anime as the 677th best-ranked anime.

So while we wait for a properly wired neuroheadset that will allow us to connect our consciousness directly to the game, I decided to at least find the top 15 anime like Overlord that will satisfy your desire for a proper alternate reality!

A brilliant but stubborn Japanese salaryman is reborn as a lovely but ruthless young lady in an empire torn apart by countless wars with all nearby countries.

Like Overlord’s Momonga, Saga of Tanya the Evil is an isekai anime that features an overpowered protagonist. She is an anti-hero at best and evil at worst and has a certain objective related to thriving in the new world.

14. How a Realist Hero Rebuilt the Kingdom

How a Realist Hero Rebuilt the Kingdom shares Overlord’s ruling aspect with lots of politicking included.

In this show, a newly isekaied boy wants to implement administrative reform to revive the failing economy of the new land!

13. The Misfit of Demon King Academy

The Misfit of Demon King Academy tells the tale of Anos, the Demon King of Tyranny, who has engaged in endless battles. He vanquished people, elementals, spirits, and gods. After careful thinking, he resolves to reincarnate because he is sick of all the violence. Anos came to realize that he wants to live in a world without war.

He is reborn 2000 years later, only to discover that the world has become overly tranquil and that his offspring have become quite frail.

In both series, the MC is an overpowered “demon lord” who has loyal followers.

12. The Rising of the Shield Hero

The Rising of the Shield Hero is an iconic isekai anime like Overlord with a similar fandom.

An ordinary Japanese teenager, Naofumi Iwatani, is called to an alternate reality as a “Shield Hero”. Sounds exciting, right? Generally, summoned heroes are called there to battle Waves, swarms of monsters from other dimensions.

Unfortunately, the Shield Hero is the least powerful of the four summoned heroes. Not only is Naofumi’s equipment the worst but also the single person who volunteered to travel with him also betrayed him.

The future appears bleak until he discovers a demi-human tanuki girl and a puzzling egg that eventually hatches into a bird-like creature.

Fans who love Overlord’s MMO-RPG style and a harem vibe with fanservice are destined to love DanMachi as well.

DanMachi follows Bell Cranel, a teenage explorer who works for the goddess Hestia. He works tirelessly every day, fighting a variety of creatures in dungeons as the sole representative of Hestia Familia, in an effort to better himself as much as possible and rise to the position of the finest adventurer in the kingdom.

10. Skeleton Knight in Another World

Like Overlord, Skeleton Knight in Another World applied the same logic: a player wakes up in a fantasy setting with the skeleton skin of his game avatar.

But in contrast to Overlord’s Momonga, Skeleton Knight in Another World’s MC wants to explore this new land and does his best to conceal his frightening looks as well as he can.

In the same spirit as Overlord, The King’s Avatar also focuses on an OP player and video games, just in a different way. The MC is OP in his own way right like Momonga, though.

Ye Xiu, a top-tier professional player in the MMORPG Glory, is forced to retire. But when the tenth server of the game debuts, he returns with a different character. Ye Xiu wants to reach the top with his ten years of experience and self-made weapons.

That Time I Got Reincarnated as a Slime is another fantasy anime like Overlord.

Like Momonga, Rimuru is an isekaied protagonist who becomes an overpowered leader in the fantasy world. However, instead of having a skeleton avatar, he becomes a genderless slime with a unique ability.

I’m inclined to think that the majority of my readers have never heard of this series.

The main character, Satou, is a programmer who is trapped in a fantasy world within the body of his 15-year-old self. This fantasy realm is a mix of the MMORPG games he was debugging in reality before getting transported there. It has a striking resemblance to Momonga’s life, as he also starts living in the game and engaging with NPCs who reside there.

Momonga and Satou will be compelled to explore their new realms, with likely no way of returning to reality. Isn’t it amusing?

In both of these anime series, the main characters are stuck in a role-playing game (RPG) with no way out. Log Horizon is also very similar to Sword Art Online as the players are stuck in the game and form guilds and defeat monsters. It comes as no surprise that Log Horizon’s MC is OP and alpha, just like Momonga.

The most significant distinctions are the presence of real people in LH and the ambitions of its players. Log Horizon’s players desperately seek to return to reality, whereas Momonga is only concerned with conquering the new world.

Oh, and we’re stuck in a fantasy world once more.

Only this time, it’s a duo of NEET siblings who beat everyone at any game. So when they get transported to a world where everything is resolved by playing games, it’s a dream come true for them. They don’t even think about returning to their old life but instead focus on conquering the new world and becoming Gods in it!

The most striking parallel is that the main characters in NGNL are both attempting to conquer the new world. They intend to do that by seizing power. Momonga and Sora (NGNL) are both powerful, which makes it easier to identify with them. After all, we’re all aiming to be the greatest in the games we play, right? Which easily makes it a similar anime to Overlord.

Keep in mind that NGNL has more comedy than Overlord, but they’re both entertaining to watch. If you liked Overlord, you’ll likely enjoy NGNL as well.

Let me be clear: if you haven’t seen Btooom!, you’re missing out. And I say that even though the show has a questionable ending.

Ryta Sakamoto is a lonely teenager who also happens to be a neet. He is the epitome of someone who exists solely online and is completely engrossed in his gaming. In addition, Ryta is regarded as one of the best players in the game Btooom!

But everything changes when one day, when he finds himself on a remote island that turns out to be a real-world version of Btooom!. In order to survive, he must engage in combat and even murder other players.

In both these shows, the main characters are trapped somewhere where they are forced to participate in a survival game. Whether they want it or not. Like Overlord’s Momonga, Btooom’s Ryota is one of the best players even before being trapped on the island.

Btooom! is also a good show for fans of The Hunger Games. It’s a battle royale with many players attempting to kill each other and escape alive.

Haruyuki, an overweight child, is the least liked student at his middle school. While residing in the sci-fi setting of the actual world, he frequently takes refuge in the virtual world. But when the most alluring girl in the school offers him the option to combine the two through a program called Accelerated World, his life is irrevocably changed. There is a condition, though: in order to preserve the feature, he must rack up points by fighting other players in the new virtual world.

Overlord and Accel World focus on the world within an MMORPG game. But Accel World is way more family/children friendly and it does not have the element of being trapped in the game.

In some ways, the aims are similar—both protagonists want to be the “best” characters in the game—but their motivations are different. Momonga easily adjusts to his new role as the most powerful guild master. Meanwhile, our Accel World duo consists of two strong characters—a boy and a girl—who are attempting to discover the truth about a real-world item.

2. How Not to Summon a Demon Lord

How Not to Summon a Demon Lord centers around Sakamoto, a recluse gamer also known as the Demon King, who ends up transported to a fantasty world. But he doesn’t have the appearance of his usual self: instead, he becomes the character from a game he was previously playing!

With two lovely females competing over them, both main characters are OP, but Demon Lord has a lot more ecchi moments than Overlord.

We couldn’t call this a top 15 list without putting Sword Art Online at the top. According to MAL, the implementation of the “OP MC stuck in the game concept” has been more than effective since it ranks fifth in popularity with more than 2,7 million members. This proves how effective this trope is as it has worked well for both Overlord and SAO.

The year 2022 is when the dream of every gamer comes true: thanks to a revolutionary helmet called Nerve Gear, players can now experience and control their virtual characters with their minds.

Kazuto Kirigaya is a young man who loves playing video games and is extremely excited to join the SAO community. Even as a beta tester in the past, he evaluated the game. But after 10,000 people sign up for SAO for the first time, they’ll inevitably find out that the game’s insane inventor blocked the logout button!

The characters in SAO are attempting to complete the game without dying or losing their allies, whilst Overlord is focused on the MC expanding his own territory and conquering the entire new world. 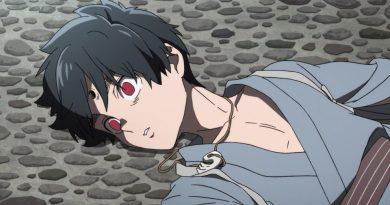 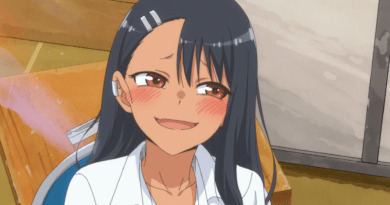 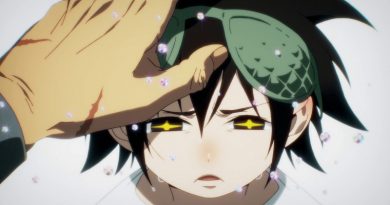