Guest post by Rachel (the owner of No Filler Anime). She may not always watch the most popular anime on the shelf, but she’s watching what intrigues her, and she thinks that’s the beauty of anime – there’s something for everyone.

Video games and anime, two great passions of the millennials. Why not make it into one huge satisfaction for the masses?

Both video games and anime rely on visual storytelling. Devoted video gamers are mostly big anime fans and an adaptation to anime would oftentimes mean they get a finalized version of the story  – this would mean that they could reach a wider audience. No matter if we talk about anime, comedy, horror, fiction, or action anime,  their similarities in art styles make it an easy transition from one form to another. Popular anime series regularly get a video game adaptation that scores huge interest.

We’ve seen some of the video games make it to the big screen and haul in big money, others however sunk. Game adaptations to movies are a difficult task because it’s challenging to cram a whole video game into an hour and a half or two film. The more you stretch out the movie so everything would fit in, the harder it is to draw the audience in.

Adaptations are no strangers in this industry. Mangas are adapted to anime, for example. In those cases, animes get filler episodes for most cases, while waiting for the manga series would catch up to its anime. Even some of the legendary anime have fillers, such as One Piece.

While some lag behind or transform games into mere animations without any innovation, great adaptations use games based on which a single narration can take place. There are several candidates, but the following video games offer depth and openness of the narration to enable a great adaptation of the anime.

Here is a list of 5 Video Games We Want to See as Anime!

Considering how much the artistic style of the game is influenced by Japanese animation, the adaptation of NieR: Automata anime is entirely up to the possibilities. The 2017 game is a fantastic mix of genres because it combines a typical third-person action game with sequences.

Going beyond the expectations of fans and critics, the story of NieR: Automata explores the concept of human agency and asks players to question all of the supposedly defining qualities of humanity. Plus, the game’s soundtrack and character design are completely memorable; the whole is practically asking to be reborn in anime form.

This one seems like a no-brainer, as there’s already manga series based on the original game that could easily serve the basis for the anime adaptation.

Final Fantasy and Disney have made a well known franchise, that on the first sound of it the concept does not promise anything good, but the end result bewildered the sceptics. This work stands separate from all other work previously done by the companies.

The timeline being so confusing in the franchise, it would be a perk having an anime series to eradicate all the major plot points from the video games.

Fast gameplay without any mercy, the game Bloodborne houses a world of a terrifying nightmare. Due to its widespread dystopian setup and the challenging difficulties, it stands out among the PS4’s library of console exclusives. The player has also the freedom to customize the character’s appearance. However, the real star of the game is the ancient and spooky city, Yharnam.

Many anime have vicious and hideous monsters, however, there are not many that show them in a terrifying way. Adapting this video game would result in a horror like anime where even the least scary creatures would horrify the viewer.

The game is actually quite hazy about its storyline. Thus, it would be great to actually get to know a bit more about the story in an anime adaptation.

Silent Hill games are among the most formidable horror games due to their infinitely depressing atmosphere and grotesque monsters. The background story is also creepily mystical, which can be overwhelmed by very few contemporary horror games. Although each story in the game is different, it all takes place in the mysterious city of Silent Hill. This place has a nasty habit of bringing its visitors’ nightmares alive.

Not many anime are interested in the concept of isolation. In these games, the feeling of loneliness is both encouraging and daunting. The only worse thing than total isolation is getting stuck in a room full of demons. This duality would create many tense situations and result in an anime that deepens into topics not commonly seen.

This one is a stealth action video game. It’s one of the hardest game series on the list, and is already played as a complex anime series.

The story is epic in scope and would create a fantastic multi-season series. The choice is up if they would follow the narrative or the chronological order. The fact that it still hasn’t gotten an adaptation is bewildering. The story of the series is strongly influenced by the notions of anime. Rifle games, close combat, and creative problem solving are perfectly cut-out for anime. The supposed “metal gears” are huge robots and the enemy are elite fighters with unique abilities.

While I had occasionally dabbled here and there, I really didn’t start watching with any conviction until I was older. Suddenly, I had the desire to begin consuming more anime. The good ones and the bad ones. New series and classic series.

While I had occasionally dabbled here and there, I really didn't start watching with any conviction until I was older. Suddenly, I had the desire to begin consuming more anime. The good ones and the bad ones. New series and classic series. 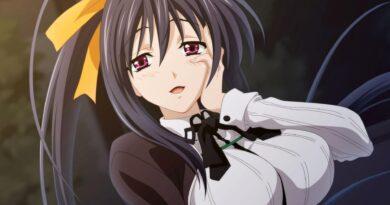 11+ Anime Characters With Names That Start With A 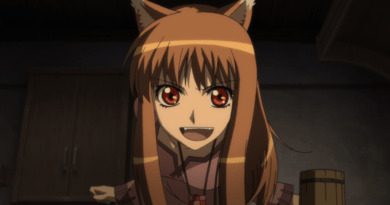 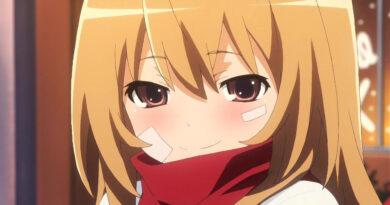