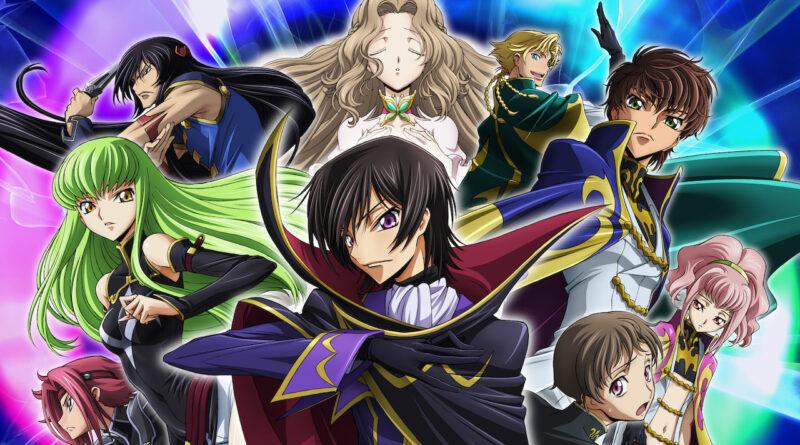 Code Geass: Lelouch of the Rebellion is one of my favorite anime ever.

Mature & dark themes along with a nice cast of characters, that’s Code Geass for you.

You could also say that I have a thing for handsome and intelligent men but Code Geass takes that to another level. Lelouch, the main protagonist of Code Geass, is one of my top 3 favorite anime characters of all time. That’s how much I adore him (and Code Geass too)!

He is also the best and most popular character with purple eyes.

Code Geass is a Japanese anime TV series produced by Sunrise. It was directed by Gorō Taniguchi and written by Ichirō Ōkouchi, with original character designs by Clamp.

Code Geass is set in an alternate timeline, where the world is divided into three superpowers: the Britannia, the Chinese Federation & Europia United. The Britannia is trying to conquer as many countries as they can, including Japan. Japanese people are eventually stripped of all their rights, losing their independence and freedom completely.

Lelouch vi Britannia is an exiled Britannian prince who gets involved with a mysterious woman called C.C. Thanks to meeting her, he obtains the power of Geass and decides to use it to obliterate the Holy Britannian Empire for good, sacrificing everything, even his humanity in the process.

Should I watch Code Geass movies?

When it comes to Akito the Exiled movies, it does relate to the 2 seasons but not as a continuation of R2. It’s set between the 2 seasons of Lelouch of the Rebellion during the 1-year gap. It’s a side story, so you can watch it whenever you want, but the best is to watch it after finishing at least the anime tv series.

Akito the Exiled takes place in 2017 a.t.b., between the rise of the “Black Knights” organization and the return of the supposedly “dead” Zero.

The setting is in Europe, where the Europia United (E.U.) allied nations are being invaded by the overwhelming forces of the Holy Britannian Empire.

On the verge of defeat, the E.U. army forms a special unit known as “W-0″, of which a young pilot named Akito Hyuga is a member.

Leila Malcal, a former Britannian Aristocrat comes to the Europia United for aid, commanding the Wyvern Knightmare corps comprised of Japanese teenagers. They recklessly plunge into a battlefield, where the survival rate is extremely low, at about 5% only. They fight for their freedom and for a home to which they can return.