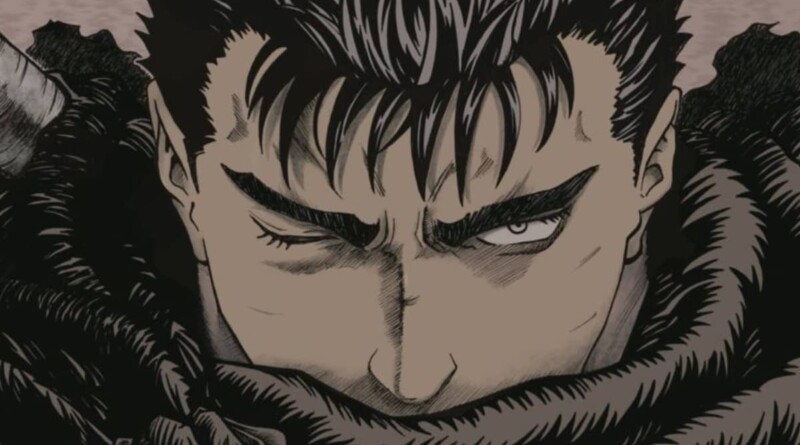 Guest post by Notforall-animeclothing. A website that vends anime clothing, including bucket hats, kimonos, hoodies, and so much more.

Many characters in the world of anime have been amazingly developed through their character arcs. Some of the most notable ones are Vegeta, King Meruem, and Greed. These are all exceptional characters with excellent character development. Still, I believe Guts from Berserk is the one to trump them all.

Note: This article contains spoilers, so read at your discretion.

I’m pretty sure most people know about Guts, but for those who don’t, Guts is a character from a manga called Berserk.

During his years as a child to a young adult, he used to be a mercenary living life by fighting from one battlefield to the next. He is widely known for always using a comically oversized sword to slaughter hordes of enemies.

Later in the story, though, he gets betrayed by his closest friend sending him into a spiral of rage, murdering unearthly beings in inhuman ways without mercy. Many witnesses have even gone as far as saying that he seems like a monster.

Through this small summary of Guts’s life, you can probably tell that Guts has undergone some suffering that led to his excellent character development. Still, many other characters have also endured much suffering, so what makes Guts’s development different from everybody else?

Berserk is a world where people travel between the fine lines of humanity. Many decide to lose their humanity in exchange for supernatural power and strength. In contrast, others choose to preserve it so they can keep their relationships with their loved ones and the values that are truly irreplaceable. Guts is a man who has gone in both spectrums of humanity and has crossed the line multiple times.

During the Golden Age Arc, he has been able to showcase his care and respect for his raiders, his love for Caska, and his loyalty towards Griffith. This was when he truly felt the happiest because he was with people who were considered his family and had a relationship with the girl who helped him through his childhood traumas. He also had a very close friendship with Griffith, which he valued a lot. But then, everything changed when he lost it all.

After the Eclipse, Guts developed a bitter heart. This event fueled his soul with many negative emotions, rage being at the forefront of them all. His lover and friend were able to survive. Still, he chose to leave them to go on a pursuit of revenge, killing every apostle and risking his life for 2 years to find the man that betrayed him. At this time, Guts has essentially removed some of his humanity in a similar way to these apostles, sacrificing their loved ones for a dream they desired. Thus, making him look just as monstrous as the monsters he killed. This is very apparent during the Lost Children Arc, where he was forced to kill children due to the apostle being a child herself that transformed children into demons. Many readers can agree that this was Guts’s lowest point in his life.

Cracks In A Sword And Onwards

Guts’s life then goes into a turning point during the chapter, Cracks In A Sword. This chapter is one of the deepest moments in all of Berserk. Guts returns to Goto, an old friend and blacksmith, after discovering his lover has been lost. Goto inspects his sword to see the substantial damage it has endured revealing the stressful battles Guts has survived. Goto instructs Guts to stop throwing away his life with rage when he’s got people he cares about. Guts tries to justify his actions, explaining how no man could ever know the suffering he’s endured. But Goto noted that Guts chose to run away and be consumed by his own hatred rather than immerse himself in sorrow with those irreplaceable to him. Therefore, he has no right to blame anyone else for losing her.

Guts reflects on how selfish his actions were and decides to always put his loved ones first and never lose them again. This version of Guts is carried throughout the rest of the series enabling him to create new friendships along the way. He still turns to his savage rage now and then, but now he has his lover and friends to keep him in check.

You can see how Guts has changed drastically in his life, constantly progressing and regressing, shedding the old skin to become a new person. This complexity makes Guts different from every other character because it shows how human he is. He isn’t your stereotypical hero that somehow always seems to make the right choices despite the circumstances. Instead, he makes mistakes just like anyone else, separating him from the average hero trope.

Even though Guts is the story’s protagonist, he is not the ideal hero people should look up to. Guts has caused many atrocities like killing children, beating the elderly, and encouraging suicide, just to name a few. Even though many of his actions are justified due to unfortunate events, it doesn’t change the fact that he caused it.

Many characters in Berserk had made horrible decisions. But have been made for good reasons, such as when Griffith decided to sacrifice his friends. Of course, Griffith didn’t want to offer them, but in his circumstances, he had no other choice. But, of course, many events in this world were also pre-ordained.

In Berserk, many people believe in the phenomenon called causality, the cause-and-effect that dictates every move and destiny. A being called “Idea of Evil” that’s filled with humankind’s every desire and is responsible for the fate of humanity. The entity was formed due to humanity’s longing for transcendental reasons regarding their existence. Despite everybody believing in the pre-ordained, Guts decides to embark on his own destiny.

Guts has an inspiring resilience and impenetrable will that allows him to go against his fate. So every action he commits is of his own flesh and blood, and he owns up to them. He understands that his decisions are not the most righteous, but he is the type of guy willing to go to any lengths to achieve his goals. This is one of his most defining traits.

Now I know a lot of you are gonna start comparing characters. I’m not saying that Guts is entirely unique. Many of the traits that he has are present in other characters. Characteristics such as the silent warrior, the violent brutes, or literally just the dude with a giant sword are found in people like Asta from Black Clover, Cloud from Final Fantasy, and Ichigo from Bleach. So many characters share similarities, but there are so many because Berserk inspired them.

Berserk was one of the first manga to have a well-written anti-hero in dark fantasy. When Berserk was coming out, there weren’t that many books in Japan that delved into dark fantasy since that was more popular in the west. This makes Berserk one of the earliest examples of a Dark Fantasy manga, so it makes sense that many other mangas would be inspired by Berserk.

So to wrap it up, I believe that Guts is the pinnacle of character development because of how human he is. He doesn’t always progress into a better person than he was before. Sometimes he regresses and completely dives into the darkness causing harm to the people around him, including those he cared about. He’s not always the moral bastion that every hero is. Instead, he’s a man who makes mistakes, sometimes succumbs to his primal desires, but in the end, decides to better himself for the people he cares about. Due to his suffering and hardships, he could’ve had every excuse to continue the wrong path but ultimately chose the people he cared about above anything else.