After making a waifu list, it is only natural that we need a counterpart to that list. And that would be the worst anime girls. There is some agreement in the anime community, despite the fact that compiling a list of the most hated anime girls is simply impossible to be completely accurate.

First of all, there are hated anime characters like Sakura Haruno from Naruto, but she is certainly not the worst when you look at how many fans she has and her worst trait is probably being annoying/useless. There are simply worse and more hated anime girls.

Secondly, this list is about anime girls who deserve the hate they are getting and it goes way beyond being only annoying, irrational, or useless.

I collected this data from MyWaifuList, by the way, so it’s not my subjective opinion.

Here are the 10 most hated anime girls!

Alma is a character that some might not even remember. There are not many scenes with her, but those we have seen revealed her disgusting nature more than enough.

She is the mother of Historia, our beloved waifu. Instead of loving her, she treated her like utter trash from the day Historia was born. Alma didn’t love her, didn’t speak to her, and didn’t even want to be in the same room as her. She even said that she regrets that Historia was born. What a horrible “mother” if you can even call that thing a mother!

Aria is one of the worst characters in the whole Akame ga Kill franchise.

She disguises her true nature by acting kind and cheerful in front of strangers, but in reality, she is a twisted, sadistic, and sick individual. She first tricks and manipulates others with her deceptive behavior, and then painfully tortures them to death for fun.

Aria deserved EVERYTHING horrible that happened to her.

An officer of the Donquixote Pirates’ Trebol Army, Giolla is an egotistical mad artist.

While her looks are repulsive enough, fans started hating her after she tortured the dwarf princess in hopes to make her shed her regenerative tears that can heal any injury.

Rachel is the type of person to throw you under a bus if that means fulfilling her own desires. And that desire is to see the stars. She doesn’t care who will get hurt in the process as long as she gets her way. These negative traits make her possibly one of the most hated anime girls out there.

She lacks dimension and behind her cute smile is only random envy, jealousy, and heartlessness. Not to mention her horrendous betrayal which almost resulted in Baam’s (the main character) death. That was all intentional.

I am thinking what are her redeeming qualities but I don’t see any. I guess the fact that she is cute appearance-wise is the only “good thing” about her.

Charlotte Linlin, better known as Big Mom, is the captain is the Big Mom Pirates and one of the Four Emperors ruling over the New World.

A gluttonous woman, Big Mom is a terrible parent, a greedy individual, and the source of pain for many in the One Piece Universe.

Let me start by saying that she would use her children for her own selfish and greedy goals with little to no concern for their well-being. She also uses men to make kids and then discards them like trash.

Okay, so this is the second mother on this list. We have, in fact, three of them. Holy moly.

Saki Arima is the mother of Kouse Arima, the protagonist of the series.

Her harsh treatment and physical abuse led to him being traumatized and not wanting to play the piano. Although some argue that her rough behavior stemmed from her illness and that she loved Kouse, it’s not forgivable. Even if you want your child to excel at his brilliance, you must remember that he’s a kid!

And the award for the most hypocritical, fake, and selfish character goes to Miki Kawai.

She watched a girl being bullied and did nothing. She only giggled and even made sneaky attempts to ridicule the girl further.

Miki is known for playing the victim, making everything about her, and never admitting her faults. She just wants to be seen as a perfect angel. An insufferable character who never grows!

Nina starts off as a student at Ashford Academy and later works for the government, creating weapons for them. That seemed like an o.k. introduction, let’s get to the reason why everyone hates her.

Nina is not above killing innocent classmates because of a personal grudge and is prejudiced and xenophobic towards Elevens. To be honest, she has no reason for that level of hate, even if we consider her past experience with “Elevens”.

Also, can we talk about how she went bonkers over Euphemia even though they are complete strangers to each other? Her creepy obsession makes me uncomfortable. This is also the reason behind her creating a mass destruction weapon. Like… what? Who tf does that?

RECOMMENDED: How to Watch Code Geass in Order

Chocolat is a member of the Fake Straw Hat Crew who masqueraded as Nami. Yes, this potbellied scum tried to convince people that she is the beautiful Nami.

As typical for a fraud like her, she is nothing like the real Nami and her fighting skills are non-existent as well.

What is worse, she is trying to intimidate others by using the reputation of the real Straw Hats. Only to be busted later and beg for her life like a coward.

This horrible “mother” (read like a monster) certainly deserves this second place.

Not only does she beat her daughter, but she also keeps her from having any social contact. She goes as far as locking her daughter in a shack outside in freezing temperatures. This abusive behavior caused her daughter to be kidnapped and killed.

1. Malty S Melromarc (The Rising of the Shield Hero)

The award of the worst (and most hated) girl goes to Malty.

She is deceptive, manipulative, corrupt, and depraved, mainly when it comes to being downright evil towards ‘the weakest summoned hero’. You ask why? For no reason. Malty is “the mean girl”.

Did I forget to mention that she is a spoiled princess on top of that?

Malty betrays the trust of the protagonist and goes out of her way to make his life a living hell, even going as far as accusing him of rape. She continues to support one of the other summoned heroes and is not above any foul play if that means winning. 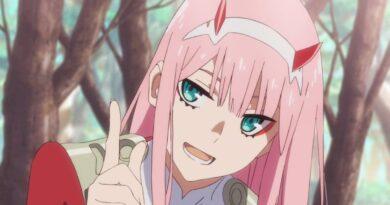 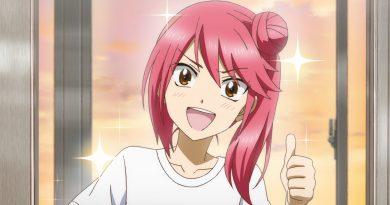 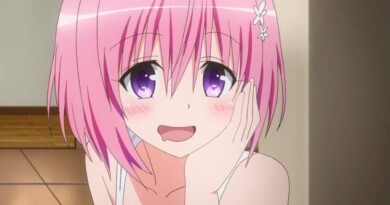 2 thoughts on “10 Most Hated Anime Girls (According to MyWaifuList)”