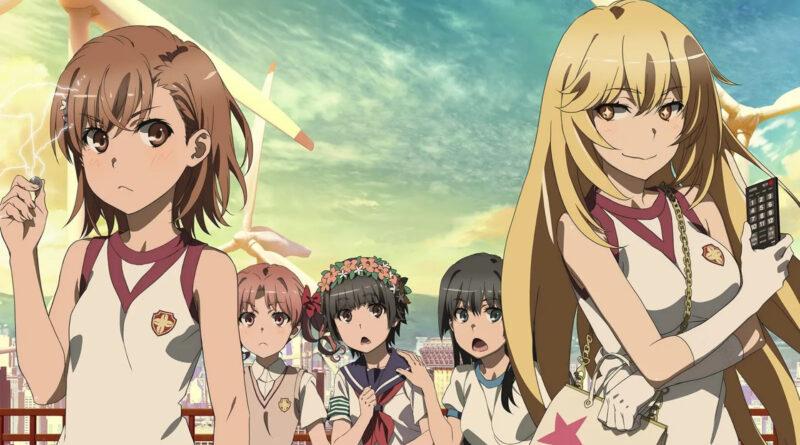 The Toaru series has one of the most fascinating Universes you can come across in anime.

There is a little bit of everything: science, magic, OP (but likable) characters, interesting antagonists, cute friendships, and an intriguing/mysterious plot. It’s a perfect blend of lightheartedness and seriousness.

Today, we will explore the top ten fan-favorite Toaru Kagaku no Railgun characters according to MaL.

Uiharu is a middle-school student, a member of Judgment, and a friend of Mikoto, Kuroko, and Saten.

She is a shy, friendly, and cheerful girl who despite having little to no combat abilities still does her best to fulfill her duty as a member of Judgment. Uiharu helps the organization with her advanced computer skills that come in handy while Kuroko is out catching criminals, supporting her from distance via voice communication.

She, like the other Sisters, first showed little to no emotions or aspirations. This pathetic view of life changed when she got saved by Touma and grew an attachment to life, even going as far as saving chocolate chicks from being eaten.

Misaka 10032 took a liking to a stray black kitten and was worried about the cat hating her presence because of her Electromagnetic field. It is later revealed that the cat actually doesn’t mind and enjoys her company.

Also, I forgot to mention that she is also in love with her savior, Touma.

Index is the main female character of the Magic Side in Toaru Majutsu no Index.

She is a member of Necessarius and has Perfect Memory and is not poisoned by the effects of reading grimoires. We learn that Index has the knowledge of 103,000 grimoires stored inside her thanks to Perfect Memory.

Index is good-natured, polite, and gentle, and is also willing to sacrifice herself if that means saving someone, which is a trait she shares with Touma. And, of course, she has feelings for him and is the only girl in the franchise who confessed her love to him.

Many recognize Last Order as “that loli who is always with Accelerator”. He is the main character who ends up protecting her and saving her life. In turn, she takes care of him too despite the difference in their biological ages.

Last Order is the 20001st Sister and the commander center of the Misaka clones. She behaves and looks different than other sisters. She is a child version of Mikoto and shows all sorts of emotions, unlike the other sisters who are usually emotionally indifferent.

Last Order behaves like a normal child, being both playful and curious.

Shokuhou Misaki tends to get overlooked because we received more scenes with her late to the game, in the third season of Toaru Kagaku no Railgun.

Just like Mikoto, she is a second-year Tokiwadai student who is the fifth-ranked Level 5 Esper and the most powerful psychic Esper in the Academy City. Also called Mental Out, her abilities range from telepathy through mental control to brainwashing.

When you think of a mean girl, Misaki might be exactly that on the surface. Her first memorable scene is her playfully teasing Mikoto which might come across as a threat because she intimidated her. Doesn’t leave the best first impression, right?

Misaki is playful and loves to tease but as we get to know her better, we learn that she cares and isn’t as superficial as it seems. She is willing to go to great lengths to ensure that no one is harmed and hasn’t even used her deadly force on anyone, even though she could have.

We also get to know that she deeply valued friendship with the first prototype of the sisters, Dolly.

And, of course, she thinks that Touma is a prince and a savior, so another girl in his harem.

Saten is a Level 0 Academy student and a friend of Mikoto, Kuroko, and Uiharu.

She doesn’t have any superpowers and is a normal teen girl you could meet in a normal world like ours.

Saten is outgoing, amiable, and cheerful, which makes her great friend material. She is superstitious and loves urban legends and due to this she sometimes ends up in dangerous situations. She also battles insecurities like the rest of us, so she is pretty relatable.

Kuroko is Mikoto’s best friend, roommate, and also her biggest fangirl. She seems to be genuinely obsessed with Mikoto and tries to be touchy with her which resorts to her being electrocuted by Mikoto quite often. Those scenes serve as comedic relief, though. Kuroko deeply loves and cares for Mikoto.

She is a freshman at Tokiwadai’s Middle school, making her one year younger than Mikoto.

As a Level 4 Teleportation Esper, she is a valuable asset for Judgment, a special public committee group whose duty is to maintain peace and order in Academy City. And I can tell you that she takes this role very seriously.

Touma is the protagonist of the main series, Toaru Majutsu no Index but he makes appearances in Toaru Kagaku no Railgun as well.

He is a Level 0 who managed to defeat Accelerator (irony, right?). His ability, “Imagine Breaker”, is capable of negating all forms of magic, including espers abilities and divine powers.

Touma is your typical hero who will do anything in his power to help or save those who are in need, even if that means endangering himself or battling enemies who are way more powerful than he is.

And it comes as no surprise that many girls are attracted to him, including Misaka Mikoto, sisters, Index, and Shokuhou. What a womanizer!

Allow me to introduce to you my favorite anti-hero, Accelerator.

Accelerator starts off as an antagonist and progresses into an anti-hero character, protecting a small loli called Last Order. And let me tell you: no one should mess with the first ranked Level 5 and his loli.

Also, his ability, vector manipulation, is one of the most powerful powers you can imagine. He can freely manipulate any vector that exists. Pair that with his high intelligence, insane calculative ability, impressive deductive & analytical skills, and you have an undefeatable character that goes beyond being OP.

To understand how overpowered he is, the second-ranked Level 5 got destroyed by him and Mikoto stood no chance as the third-ranked. As he stated to the second-ranked: do you even know why you and I are divided into first and second ranks? It’s because there is a complete and total wall between us!

Mikoto is the heroine of the Toaru Kagaku no Railgun and the most popular character from the whole franchise.

She is a 2nd-year student at the Tokiwadai Middle School, a prestigious school for espers.

Mikoto is ranked as the third strongest Esper out of seven Level 5 Espers, which means that she is tremendously powerful, defeating villains and even outsmarting the fourth-ranked Level 5, Meltdowner, while heavily injured and exhausted.

People often refer to Mikoto as “Railgun” after they recognize that it’s her. This is due to her signature move, an ability called Railgun.

The thing about Mikoto is that she is not cocky despite being OP. Mikoto is kind-hearted, has a strong sense of justice, and shows a normal level of childishness (she is 14, after all). I just wish she relied more on her friends and didn’t want to just solve everything by herself because this approach can get her killed.