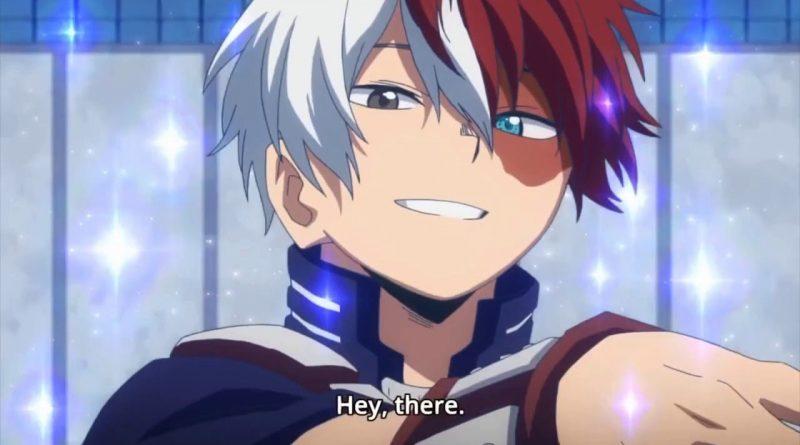 Welcome to my first article of 2021. Within this entry, I will be exploring the top ten anime characters born in the month of January.

The idea of characters having a birthday seems a bit preposterous to non-anime fans but world-building biographical data has become the norm in anime and manga. Identification of blood types, ethnicity, physical measurements, and race have all become canon by imaginative creators. This information adds to the narrative and connects the reader or viewer to the storyteller’s characters. Who does not love or relate to a character a tiny bit when you share similar traits?

Within some Asian cultures, birthdays and blood types have significance on an individual’s personality and prosperity. Although not a hard and fast rule, the writer attributes characteristics of the zodiac birth sign into the character’s personality or worldview.

You are free to judge for yourself as we delve into anime characters born under January’s Capricorn and Aquarius signs.

Did I overlook your favorite anime character born in January? Do you share a January birthday with someone I missed on this list? Leave a comment below and let me know your picks!

I begin my January birthday acknowledgments with a character from one of my favorite isekai… Felix or Ferris Argyle from Re: Zero – Starting Life in Another World.

A member of the Royal Guard and Crusch Karsten’s knight, Felix has a feminine cat-like appearance. According to Tappei Nagatsuki’s Twitter post, Felix’s “Girl-like behavior is a result of his and Crusch’s promise…” He is protective of Crusch Karsten because she saved him from abusive parents. With her support, Felix attended the Royal Institute of Healing and became proficient in Water Magic. He prefers using healing magic to combat arms.

The character’s outward manifestations have generated some discussion on the internet regarding whether or not Felix is a representative of the LGBTQ+ community. Regardless of your perspective, anime fans really like this character’s development along with the writer’s subversion of the traditional neko trope. Felix Argyle is the perfect entry for the January character birthday list.

Hannes is my first of two Attack on Titan qualifiers for the January birthday list.

He is a tall, good-natured, and kind soldier with a weakness for drinking.

Assigned to the Garrison Regiment, he was a lifelong friend of the Jaeger family. His friendship began when Doctor Grisha Jaeger saved Hannes’s wife during a plague. In the Fall of Shiganshina arc, Hannes was unable to save Eren Jaeger’s mother from the Smiling Titan. He would assist Eren Jaeger and Misaska Ackermann, Eren’s adopted sister, to escape the city’s downfall. His character becomes one who seeks to redeem personal flaws and overcome the fear that leads to death and destruction of Shiganshina. In the Clash of the Titans arc, Hannes achieves vindication as he saves Eren and Misaska from certain death.

Attack on Titan’s popularity circles around the character and narrative development. Hannes’ personal journey is why anime fans like this character and why he is ninth on this list.

This half-pint neko-like, tsundere is a student at Nikoge Prefectural High School.

Tsumiki has floor-length blue hair with an ahoge and a ponytail she pins back with a white scrunchie. She is fourteen years old and loves kawaii.

Her outward appearance sometimes causes anime fans to mistaken her for Lucky Star’s Konata Izumi. Even with this occasional misidentification, Tsumiki Miniwa is definitely not a carbon copy. She is a smart girl who cares very much for her friends, especially for Io Otonashi. She sometimes manifests her affections toward others by growing cat ears and tail, especially when approached by Io. If this list rated a character’s cuteness factor, Tsumiki Miniwa would definitely land within the top five.

Fun fact…. Tsumiki Miniwa is a kuudere in the manga series.

“Heaven Sent Child of Molecular Gastronomy” is the seventh entry for anime characters born in January.

The former sixth seat of the Elite Ten Council, Alice Nakiri’s approach to culinary cuisine is by using science to enhance a food’s look, taste, and texture. Her focus on molecular gastronomy is due in large part to studying at her father’s research facility in Northern Europe.

Alice is both personable and competitive but prone to fits of childish behavior if things do not favor her. This personality trait was never more evident than Food Wars!: Shokugeki no Soma’s Road to Finals and Finals arcs. Alice’s competitive nature would get the best of her when she competed against one of the Elite Ten, which resulted in her expulsion from Totsuki Culinary Academy. She would return to her family’s Northern European laboratory and hone her skills in food science with Ryō Kurokiba by her side.

Alice Nakiri is one of anime’s best frenemy characters and based on the polling… the fandom agrees.

My next entry comes from the anime fan-favorite series Kimetsu no Yaiba or Demon Slayer.

Genya Shinazugawa is a significant supporting character and the younger brother of Sanemi Shinazugawa, the Wind Hashira.

Debuting in episode four, Genya is a short young man with a stylized haircut and a visibly jagged scar running from his ear to over his nose.

A member of the Demon Slayer Corps, Genya is more proficient with a gun than with a sword. One of his abilities is to eat the souls of vanquished demons to gain their powers. As this could create problems, Genya frequently visits the Butterfly Mansion to receive check-ups.

The character is a little rough around the edges choosing to be foul-mouthed and grumpy except when around women where he becomes bashful.

Overall, Genya Shinazugawa is a great character and a perfect addition to January’s birthday list.

Factoid… Genya shares the same voice actors as Garfiel Tinsel from Re: Zero – Starting Life in Another World.

With the popularity of Haikyuu!!, it is not surprising that this list would include someone from the series. I set aside January’s fifth-best anime character birthday position for Karasuno High School’s volleyball manager… Kiyoko Shimizu.

She is a young athletic woman with shoulder-length black hair and a distinct mole on her chin.

Upon entering high school, her interest in school sports would wane a bit until approached by Daichi Sawamura with an offer to become the volleyball team’s manager. In this role, Kiyoko becomes Karasuno’s volleyball team’s heart and soul. Teammates and friends refer to her as “Goddess,” “Glasses-chan” and “Cutie Pie.”

Kiyoko Shimzu would later go on to marry Ryunosuke Tanaka, a previous member of the volleyball team.

In a Haikyuu!! fan poll, Kiyoko ranked thirteenth and twenty-first in the first and second-year surveys.

Overall, Taku Kishimoto created Kiyoko Shimizu as a multi-dimensional character with both heart and intelligence for the team and school while omitting the typical tropes seen in traditional sports manager renditions.

My fourth entry is Krista Lenz or Historia Reiss from Attack on Titan.

Born 15 January, Historia is the last remaining heir of the Reiss royal family. She is the offspring of a court servant and a member of the royal family.

Following her birth, her mother spirited Historia away to a family farm in an attempt to keep her safe from political intrigue. The royal family would eventually find out about Historia and force her to renounce her heritage. This included a requirement to change her name and enlist in the military. Historia adopted the moniker Krista Lenz and joined the military with the family expecting her to die in combat.

Her petite stature, kindness, and resourcefulness on the battlefield made her a valuable member of the Survey Corps. Through the efforts of her friends in the Survey Corps, Krista would eventually retake the throne and become “Queen of the Walls.”

Historia Reiss is one of Attack on Titan’s best female characters and worth a spot on this January birthday list.

Right out of the gate, let me state for the record that Yoruichi Shihōin is one of my favorite anime characters. Full disclosure aside, anime fans have rightfully identified her as the third most popular anime character with a birthday in January.

Yoruichi is the former captain of the Gotei 13’s 2nd Division. She abandoned her command positions to work with Kisuke Urahara in the Human World. One of her powers includes Feline Transformation. Through this ability, Yoruichi chooses to live mostly as a cat when out on the town. This is not to hide her past but a personal preference. Over the series, she was instrumental in gathering intelligence to assist the Ichigo Kurosaki’s team in defeating several world-endangering forces.

Although I have only scratched the surface, Tite Kubo’s Yoruichi Shihōin is an excellent supporting character and worthy of a position on this list.

Interesting fact… Yoruichi has a tattoo on the outside of her left thigh, which mirrors the image of her drawn by Tite Kubo.

Boko no Hero Academia’s Shoto Todorki comes in at number two of my favorite anime characters with a January birthday.

A frequent subject of fan art on the internet, Shoto is a student of Class 1-A at U.A. Academy where he trains to become a Pro Hero. His ability or quirk is to generate and use both ice and fire from his body. Due to a genetic irregularity, Shoto’s hair and eye color identify a separation of his body into the two halves demonstrating the division between the powers of his quirk. Upon joining the Academy, he was arrogant and a bit aloof towards others. This is largely due to his upbringing and the drive to be the best. His demeanor would evolve following Izuku Midoriva’s speech at the U.A. Sports Festival with the exception being Shoto’s interactions with his father.

The series paints Shoto as a driven and accomplished hero trainee. His hero suit mirrors the character’s dramatic evolution, as it is the only one to undergo significant changes with only the boots being the only item retained since Shoto entered U.A. Academy. Fans agree… Shoto Todorki is an accomplished character and earns the right to claim the second position on this list.

I reserve my final entry for the head of the Soul Society’s Kuchiki Clan… Byakuya Kuchiki.

The only direct ancestor of the Kuchiki household. Byakuya serves as captain of the Sixth Division in the Gotei 13. His character is committed to honor, family, and integrity. Byakuya’s only living relatives are an adopted sister, adopted niece, and brother-in-law. When engaged in combat, Byakuya releases Senbaozakura Kageyoshi from his Zanpakuto. This bankai encircles the enemy with a thousand blades designed to inflict heavy damage or death. Senbaozakura Kageyoshi means vibrant “scape of a thousand cherry blossoms” and the bankai mirrors this imagery.

Overall, Byakuya’s stoic and honor-bound demeanor is emblematic of what one envisions as traits of the samurai warrior. Unfortunately, for this article, I cannot go beyond the surface to present a truly immersive synopsis for one of anime’s best characters.

With this understanding, let me say that Byakuya Kuchiki is a worthy anime character to hold the number one spot for January birthdays in 2021.