Let me ask you—did you know that Prime Video has a decent amount of anime titles in its library? They keep adding new & legacy anime titles quite frequently.

Amazon Prime Video is available either as a standalone service, or a component of Amazon Prime.

If you choose to try Amazon Prime, you also receive other perks like fast and free delivery, ad-free music streaming, the latest selection of free books and magazines on Prime Reading, and more. Read about the Amazon Prime benefits here. The cost of Amazon Prime is $12.99/month & half the price for students.

If you choose Prime Video as a standalone service, you will pay $8.99 per month. Prime Video is available worldwide (except for Mainland China, Iran, North Korea, and Syria). The streaming service has roughly 24,000 movies and over 2,100 shows to choose from.

The list below includes the best anime to watch on Amazon Prime Video right now!

Tatsumi is a country boy who along with his friends embarks on a journey to the Capital to find a way how to make money for their poor village. He gets separated from them and even fails to enroll in the Capital army.

After he gets scammed and loses all his money, he gets rescued by a noble family and moves into a castle with them. Later that night, a seemingly dangerous group of assassins known as Night Raid attack the family. It’s then when he learns the dark truth about the noble family and their unforgivable crimes. After that, he decides to join Night Raid as a new member in order to fight injustice in the Capital.

Made in Abyss follows the story of Riko, an adventurous girl who is determined to find her mother who had descended to the depth of the Abyss to explore ancient relics & creatures and never ascended back to the surface.

Read more: 10 Most Popular Lolis (According to MAL)

Tanjirou is a young boy whose soul got scarred by a tragedy—all members of his family except his younger sister, Nezuko, were slaughtered by a demon and she has turned into one.

He swears to avenge his family and embarks on a journey to find a way how to turn Nezuko back to a human.

No Game No Life revolves around two main characters, Sora and Shiro, the duo of NEET siblings who dislike the real world. They are famous in the online multiplayer game for being extremely skilled and undefeatable.

The invincible duo of siblings now has a completely new goal in mind—to become gods in this new realm.

TG is set in an alternate reality, where humans live alongside flesh-eating ghouls who look identical to humans.

Ken Kaneki is a college student whose life turns upside down after he receives an organ transplant from a ghoul.

Despite being labeled both useless and weak, he makes a decision to become a pro hero no matter what.

Naruto is set in the world of ninjas and follows the story of Uzumaki Naruto, a young aspiring ninja, who is determined to become a Hokage (basically a leader) of his village to get acknowledged and accepted by others.

The anime is an adaptation of the classic Sherlock Holmes story we all know, but this time it focuses on the antagonist.

8. Code Geass: Lelouch of the Rebellion

Code Geass is set in an alternate timeline, where the world is divided into three superpowers: the Britannia, the Chinese Federation & Europia United. The Britannia is trying to conquer as many countries as they can, including Japan. Japanese people are eventually stripped of all their rights and also lose freedom and even the name Japan is removed and replaced with Area 11 name instead.

A mystical natural calamity creates the chance for two characters to like each other even though they are strangers. Fate keeps them distant away, separated yet connected strangely. They find ways to reconnect.

A high school student with a bad reputation meets a lonely girl who attends the same school. After they talk, he finds out that the girl had to repeat a year while all her friends finished high school. He decides to hang out with her and soon he not only finds more friends but his whole life starts to shift in a new direction.

As a wild child, elementary schooler Shouya Ishida used to bully his newly transferred classmate, a deaf girl called Shouko Nishimiya. What is worse, it wasn’t only Ishida—the whole class bullied her for fun in the cruelest ways.

After a sudden turn of events, Nishimiya transfers to another school, and Ishida becomes ostracized by his class and labeled as a bully.

Eren Yaeger’s life turns upside down after the wall protecting his village from Titans (monstrous humanoid creatures) gets breached, bringing havoc on the whole village behind. He loses a close relative in a very gruesome way and witnesses firsthand the atrocious power of Titans.

After this traumatic experience, he decides to dedicate his life to the eradication of Titans by enlisting into the Survey Corps, an elite military unit that fights the Titans outside the protection of the remaining walls.

Read more: How to Watch Attack on Titan in Order

HxH tells the story of Gon and his friends, particularly his best friend Killua who had used to be a childhood assassin before he took the hunter exam. 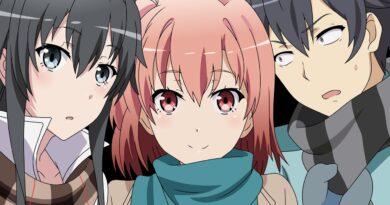 The 10 Best Studio feel. Anime of All Time