Are you yearning for a fantasy anime, with a strong female lead? You may wish to check out the spring 2007 series, Seirei no Moribito or Moribito: Guardian of the Spirit.

Seirei no Moribito is the first novel series by Dr. Nahoko Uehashi. Her ethnographic research would go on to serve as the foundation for the series’ world-building. The book would receive the Batchelder Award for children’s stories. Production I.G. produced the anime series for NHK FM Broadcast stations. A year after its release in Japan, North American fans would view the first episodes of Seirei no Moribito on Adult Swim.

Moribito: Guardian of the Spirit is a 26-episode anime. This series adapts the first volume of the novel’s 12-volume saga. The story focuses on Balsa Yonsa and her young ex-regal charge. A bodyguard for hire, Balsa seeks to save the lives of eight individuals in her charge. These lives are a spiritual payment for the eight lives lost rearing her.

Balsa travels to Shin Yogo to have her spear repaired. While crossing a bridge into the city, she views Prince Chagum’s royal procession. An ‘accident,’ plunges the royal into the river that requires Balsa to jump in and save him. Marked for death by his father, Chagum’s mother makes a request of Balsa to take and protect the young prince. The emperor believes his son is possessed by a water demon and killing him will prevent a devastating drought.

Escaping the palace, Chagum and Balsa become fugitives on the run. A close nit group of allies provides the pair with support but everyone else is out to uncover them. While they play a deadly game of hide and seek, Chagum’s tutor pursues the true nature of the prince’s water demon possession.

Seirei no Moribito is a visually stunning story. The co-founder of Production I.G., Takayuki Gotou took the helm as animation director for the series. Under his direction, the animation team seems to have poured their blood, sweat, and tears into illustrating a compelling tale of fantasy.

The urban and rural landscapes are on par with those produced by Studio Ghibli artists. I was especially fond of the fluid movement mechanics within the nature scenes.

Character designs are pleasing but, and I’m just carping, the models ooze a Rankin/Bass’ animated movie The Hobbit (1977) vibe. Generally, this is neither good nor bad but it does make the series seem older than it really is.

The score for Seirei no Moribito is one of the best I have heard in anime. An accomplished composer, Kenji Kawai’s soundtrack is refreshing. He laces traditional Japanese and Western classical music together to pair with the narrative.

Adapting a novel or manga into a live-action or animated series is no easy feat. Visual media needs to stay true to its source while filling in the transitional dialog absent from the original story.

Over Seirei no Moribito’s 26-episode run, writers stay faithful to the novel. The charge for mining the story fell to Kenji Kamiyama, series director. His credits include work on Akira, Haikyuu!! and Ghost in the Shell: Stand Alone Complex. On Seirei no Moribito, Kamiyama hired some great writers like Ryou Higaki, Sakurai Yoshiki, Shoutarou, and Suga Shoutarou.

Storyboarding brings together the script and art to create a tale. These ‘boards’ map out the story’s progression of action and dialogue.

Seirei no Moribito has a distinguished troupe of storyboard artists. Naoki Arakawa, Koudai Kakimoto, Tomoki Kyouda, and Kiyoko Sayama would all hone their craft on this series. Each would go on to have successful careers in anime. Their effort would help to bring the world and characters of Shin Yogo alive.

Seirei no Moribito has a talented sound team. Sadly for us, a majority of the sound engineers are uncredited.

Their foundational work was made even better by a talented team of voice actors. Naomi Shindo and Mabuki Andou lend their voices to Balsa, with Cindy Robinson providing the English dub. The voice work is clear and tonally aligns with character emotions but sometimes the dub version can seem stilted.

Moribito: Guardian of the Spirit is a lesson in world-building. Nahoko Uehashi’s grasp of people and cultures gives it a folklore quality. The anime’s creative team and voice actors pour out their hearts into telling this tale. Their efforts were highlighted by a first-rate soundtrack.

Collectively, Seirei no Moribito is well worth giving a watch. 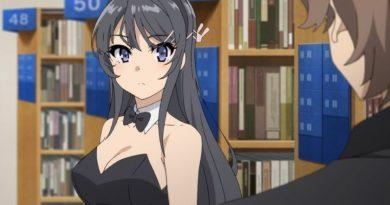 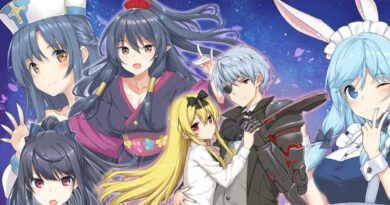 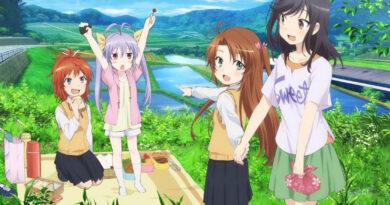