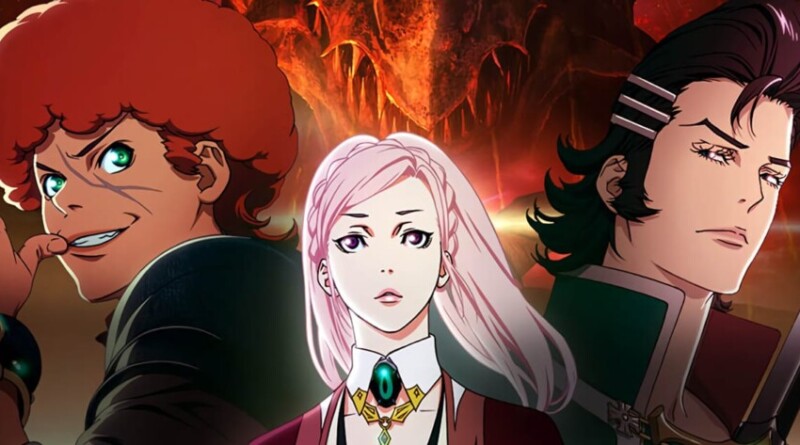 Weirdly enough, I think this is the anime that finally made me start doing those reviews. At least I decided to start writing after watching the second season of Rage of Bahamut. I find it really strange because I can’t understand why. If I had to guess, it would be because it’s a pretty unusual anime in a way. You’ll get what I mean by that as you read, maybe, and if not, just go and watch it.

I must say, this anime really surprised me, I expected very little from it when I picked it up out of boredom. I even thought I’d probably watch 3 episodes then get bored and drop it. In the end, it was interesting enough that I got to watch the second season, which is a different yet similar story. I actually enjoyed it a lot more than I thought I would.

I actually did some research before writing this review, I was wondering if it was some novel adaptation. Turns out, it’s based on a digital trading card game. Now that should have surprised me, most anime are adaptations of a novel or manga, but it actually explains a lot of things I thought about Rage of Bahamut.

You see, the plot is really, and I mean REALLY, unimpressive. There’s no depth to it, it’s totally basic, and a bit cliché.

There’s that one dragon who’s sealed and wants to destroy the world, and the heroes trying to prevent that. There are no explanations about that dragon, he simply exists, like a video game’s final boss.

There’s very little world-building, and many things remain without much explanation. At least, there was a bit more depth to the characters, you learn some about their stories, and you even got some bits of character development here and there.

No truly, if I had to rate the story itself, it would be really low, near 0. However, I’d say the second season has a somewhat better plot but is also more about romance than adventure.

So why did I enjoy Rage of Bahamut so much?

Well, that’s actually quite simple, everything else is truly enticing.

Let’s start with the scenario. While the plot is plain boring, the scenario makes you forget about that. It’s perfectly paced, not once did it get me bored, I was always looking forward to what happens next, surprised by all those twists and turns.

There is also a nice balance in the scenario, action, sadness, humor, love, etc…, it got a bit of everything and is always at the right times. It’s all very fluid really and it manages to keep you hooked till the end.

If I had one extra thing to add, both endings from both seasons felt a bit weird, not in a bad way, I’m simply not sure what to think of it. Let’s stop here before I spoil anything though.

Of course, it’s not just the scenario, the characters are super interesting, quite cliché if you ask me (and the unoriginal names are a bit…) yet somewhat original in a way (look at those hairstyles!), and you can’t help but love them. Now I’m thinking I should separate this in two because both seasons don’t follow the same story or characters. But I won’t do that. I wouldn’t want to spoil things for you so I won’t go into details.

Simply know that ALL the different characters are very enticing and interesting, I’d say they were the main reason why I liked this anime. A shame that it leaves you wanting for more; you want to know more about those characters, but you are left with not enough.

There’s another reason why Rage of Bahamut truly surprised me. That is the visual and audio realization. I’ll be honest, I hadn’t even watched 5 minutes of the first episode that I already was thinking “wow this looks and sounds fantastic”. I think it’s the part that astonished me most from the very start. Particularly the music, it was noticeable right away and stayed that way till the end. I particularly loved Favaro’s and Rita’s respective themes. If you don’t believe me, just watch the first scene of the first episode.

I wouldn’t say the art is amazing though. It’s good but nothing impressive, it simply does the job and feels smooth.

However, the animation is a bit inconsistent in my opinion, most of the time wonderful, other times a bit messy. There’s also some CGI, and while I didn’t think it was out of place at all (note that I’m really used to CGI, and appreciate it when it is of sufficient quality; I know most people are a lot more critical of it than I am), it also didn’t bring anything special to the animation.

I think it’s time to sum up my thoughts.

Rage of Bahamut is almost the embodiment of a bad story made great. This anime succeeded at being enticing while having such a bad plot and so little depth to it. That goes to show how much other anime, with a much better story, could have improved on certain aspects.

Now, Rage of Bahamut is a very good anime, in my opinion. If it had an actual decent story or some depth to it, it would have been a great anime. But enough Ifs, if you like fantasy and adventure, you should like it, give it a try and see for yourself the disparity between what’s bad about it, and all the things that make it amazing.

A real shame it leaves you wanting more, yet you know there’s nothing else. A very good but also frustrating anime, and a somewhat odd mix of great and mediocre. Rage of Bahamut leaves a very peculiar impression on me. 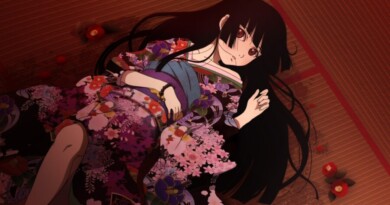 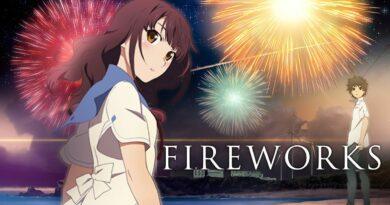 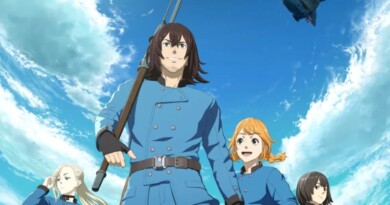