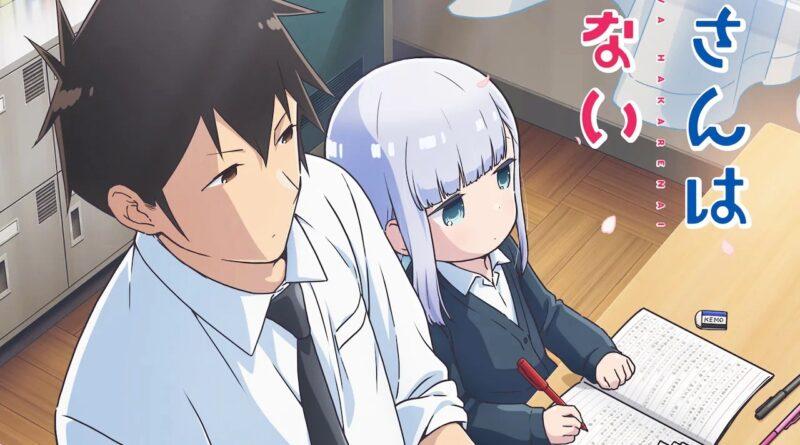 This Spring 2022 series follows Aharen Reinam, a petite soft-spoken girl who has huge trouble determining personal space and boundaries. Her seatmate, Raidou Matsuboshi, is the only person in the class who tries to understand her antics.

It’s a perfect fit for anyone who loves school rom-coms filled with funny and charming scenes. A fun, light watch.

10. When Will Ayumu Make His Move?

The series is about two members of a shogi school club. A cute Urushi Yaotome as the president and master of shogi and a freshman Ayumu Tanaka as her new playing partner. Although Ayumu Tanaka harbors feeling for Urushi, he refrains from confessing until he beats her in a game of shogi. And that is, unfortunately, still a long way from happening!

Both shows are rom-coms that revolve around one pair with lots of wholesome & warm moments.

One of the best candidates to watch if you want a wholesome school comedy show with a dash of romance is My Dress-up Darling.

Oddly enough, he gets roped into the cosplay world when his beautiful girl classmate, Marin Kitagawa, learns about his sewing skills and asks him to help her with her cosplay hobby.

While some people have trouble conveying their feelings, Yukishiro Nanako has trouble relaying her thoughts through verbal speech. As a result, she resorts to writing senryu—a type of haiku poems.

Together with an ex-delinquent Eji Busujima who also loves senryu, these passionate members of the Literature Clubs have no problem communicating with each other!

A fluffy, wholesome romantic show like Aharen-san wa Hakarenai with a female protagonist who has troubles expressing herself.

Are you even a fan of high school romantic comedies if you have not seen Horimiya?

The anime tells the story of two high school classmates who successfully keep their real personalities secret from all their classmates. That is, until they one day unexpectedly meet outside of school, revealing their “real selves” by accident. After this encounter, an unlikely friendship forms.

Also, the protagonists are misunderstood by others in both shows.

Kuronuma Sawako is a high-school girl who wishes to make friends and lead an ordinary life. Unfortunately, her classmates find her scary and mistake her timid and sweet demeanor for malicious intent.

Sawako greatly admires the most popular guy in the class, Kazehaya-kun, and is naturally drawn to him because of his refreshing personality. After being approached by Kazehaya-kun, she gets her hopes high for the friendship she has been longing for—and maybe even something more!

In both shows, a problematic and misunderstood female student meets a boy who is interested in them and tries to help them out. As the ONLY one.

In Kaguya-sama, two top-ranked student council representatives, Miyuki Shirogane and Kaguya Shinomiya are both highly respected by their peers for their grades and elegance.

4. Don’t Toy With Me, Miss Nagatoro

Another rom-com anime similar to Aharen-san wa Hakarenai is Don’t Toy With Me, Miss Nagatoro.

In this series, a timid introverted high schooler gets constantly teased by a cute freshman. While this teasing might seem like torture at first, she actually has a crush on him!

A middle-school girl suffering from social anxiety sets a new personal goal: to befriend everyone in her class before graduation.

A must-watch for any fan of a relaxing school comedy!

This unconventional, surrealist comedy follows an exhausted high school boy who, despite multiple attempts from his friends, still manages to spectacularly… sleep. Much to the chagrin of the energetic (at times bossy) Ohta, Tanaka is often found in a blissful state of lethargy, possessing the ability to doze off in any situation, especially inmid-sentence!

Both titles are character-driven laid-back comedies with fun romance elements.

It comes as no surprise that the #1 recommendation is Komi-San Can’t Communicate. Both anime are school rom-coms that are lighthearted and sweet while also tackling the themes of misunderstandings.

Komi-San is a girl who is socially inept and misunderstood because of her communication problems & Aharen has also problems socializing and is highly misunderstood. Luckily for these girls, there is that one special male main character who will not only try to understand them but also make everything better.