Finding well-balanced single parents in anime can be a bit of a roller-coaster ride. There are characters like Dalia Ketchum, who have no problem with setting their ten-year-old out into the world alone to catch Pokémon. Then we have Full Metal Alchemist’s Shou Tucker, who thinks it is a good thing to experiment on his five-year-old daughter.

Fortunately, our list focuses on great single parents in anime. These are parents that inspire their child’s personal growth. We are not looking at the overprotective, smothering types. Great anime parents navigate life’s obstacles while providing the best for their children. The qualities and fortitude they bring to the table make these parents some of the best in anime.

Wading through the vast swath of anime, this is our list of anime’s eight great single parents.

As you read this post, please let me know your thoughts and feelings about our choices. We welcome your recommendation for any other great single parent in anime.

Directed by Mamoru Hosoda, Wolf Children is a fairy tale of a single mother raising her two children. Living alone and working at a dry cleaner, Hana is working her way through college. Circumstances would lead to a life-changing encounter with a mysterious student.

Despite hardship, Hana is a bright and happy young woman. She falls in love with the Wolf Man, which leads to the birth of the couple’s two children. The wolf children, Ame and Yuki, are reflections of their parents. However, a tragic accident would lead to Hana raising the two along.

By herself, Hana struggles to give her children their best life. Her selflessness never comes at the expense of her children. Ame and Yuki grow up in a loving and supportive home. As they grow into adulthood, Hana worries if she has given her wolf children the tools needed to make it on their own.

Famed director of Samurai Champloo and Wolf Children, Mamoru Hosoda adapts Kouji Kumeta’s manga about one family’s bond. Kakushigoto: My Dad’s Secret Ambition tells of a single father’s effort to raise his young daughter while hiding the details of his job from her. He is a mangaka, who writes and illustrates an ecchi manga series.

Kakushi Gotō is the chief mangaka and owner of his own manga company, G-PRO. His life is a balancing act between work and caring for his 10-year-old daughter, Hime. Missing and believed dead, his wife had fallen overboard during a cruise. In the face of their loss, Kakushi happily takes up the mantel of being a parent to provide Hime with a supportive childhood.

Kakushi aim is protecting his daughter’s image of him. This is a stressful undertaking and ultimately leads to him changing jobs. Now a teenager, Hime uncovers her father’s private life following an accident that put him in a coma. Upon his recovery, these secrets serve to bring the pair closer together.

Somali and the Forest Spirit aired in Japan, as part of the winter 2020 anime lineup. Gureishi Yoko’s fantasy tale is about a golem’s efforts to reunite an orphaned girl with her kind. Over the course of their journey, Golem assumes the role of Somali’s surrogate parent.

In a world where humanity is declining, Somali lives a solitary life in a forest. A life formed from inanimate materials; Golem finds Somali. Amazed, the creature sets out to reunite the girl with other humans. This is only after Somali refuses to leave Golem’s side and starts calling him ‘Father.’

Their journey is fraught with danger, as the world’s inhabitants desire to eat people. Despite these concerns, Golem does everything in his power to protect and care for the child. Intentionally or not, Somali and the Forest Spirit shows that parenting is much more than a biological tie.

A rarity in anime, psychological drama is a strange place to find good parent figures. Too often, this genre relies upon the abusive parent trope. The exception to this general rule is Kei Sanbe’s ERASED.

A support character, Sachiko Fujinuma is the mother of the series lead. She is a loving, single mother to Satoru. Their relationship is one of trust and playful banter. Sachiko’s chief desires are for her son to be moral and happy. Her efforts bear fruit, as Satoru tries to save a friend.

Sachiko’s welcoming nature makes their home a magnet for Satoru’s friends. Her approach to parenthood and hospitality is valuable, as a serial killer is loose in Tomakomai.

There are many folktales about children raised by wild animals. Therefore, it should come as no surprise that the arts continue these stories. Hayao Miyazaki’s Princess Mononoke is one such example, where a wolf mother raises a child.

Intelligent and strong, Moro has no love loss for people. Therefore, it is surprising that Moro adopts San into her pack. The young girl’s parents literally threw her to the wolves. Raised with her adoptive wolf pack, San takes on Moro’s mission to protect the forest and Forest Spirit.

Moro is a caring mother, to her adoptive daughter and cubs. She imparts the value of family and self-sacrifice to her offspring. San’s childhood may be a bit unorthodox but Moro never treats the child; differently from her other children.

There are many parenting models in anime. These run the gamut from loving and caring to abusive and overly protective. Rarely do we have a parent raise their child with the philosophy to enjoy life, experiment, and pursue their own path. The exception is Jōichirō Yukihira.

A widower, Jōichirō is the father of the story’s protagonist. He runs a small eatery with his teenage son, Soma. A masterful chef, Jōichirō is brimming with confidence that he instills in the young ward. This trait is what leads Soma to experiment with cuisine and pursue loftier goals. Soma’s quest is not at the expense of his father but to build upon what Jōichirō has taught him.

Jōichirō and Soma’s bond has a foundation built off mutual respect. This is evident in their love for preparing and cooking meals. Although a supporting character, Jōichirō Yukihira is one of the anime’s leading single parents.

One Piece is a long-running franchise and a staple in anime viewing. This is due in no small part to Eiichiro Oda’s character development. But did you know that this anime show brings single parents to the fore? Precisely, the overall leading single parent is Bell-mère.

A former Marine, the aftermath of war and violence had Bell-mère on the edge of taking her own life. Fate would have other plans when it placed two young girls on her path. A new foster mother, she quit the World Organization’s naval force to take on raising Nami and Nojiko. Although money was tight, Bell-mère sacrificed to provide for her children.

Nami and Nojiko would grow up to be spirited adults. The girls would grow to reflect Bell-mère’s dual persona, with one loving the quiet life and the other seeking adventure. Ultimately, Bell-mère would put all her chips on the table to ensure her girl’s happiness and safety. 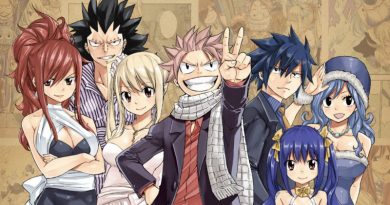 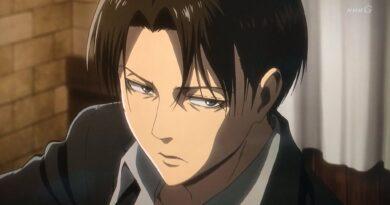 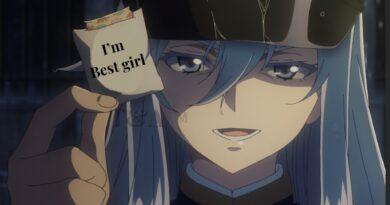