Higehiro: After Being Rejected, I Shaved and Took In a High School Runaway (Hige wo Soru. Soshite Joshikousei wo Hirou.) is a Japanese romantic comedy TV series based on the light novel series written by Shimesaba and illustrated by booota.

Here are 7 anime similar to Higehiro: After Being Rejected, I Shaved and Took In a High School Runaway (I Shaved. Then I Brought a High School Girl Home.)

6. Koi wa Ameagari no You ni

This one is a no brainer: a joshikousei + a mature male.

A reserved high school student develops a crush on a 45-year-old manager of the coffeehouse where she works part-time.

Watch Koi wa Ameagari no You ni with Amazon Prime

In both a single late-20s salaryman picks up a teenage girl who is a stranger and they start living together.

A young, aspiring voice actress’s home was destroyed by a fire. The actress then moves in with a 26-year-old marketing employee that she met earlier that evening.

Higehiro & Koi Kaze have a similar premise: a 20-something years old office worker is dumped by his love interest, meets a high school girl, and takes her home to live with him.

However, in Koi Kaze, the high schooler is actually the younger sister of the male protagonist, and the anime explores the taboo romance between siblings.

Koi Kaze tells the story of an incestuous relationship between an older brother and younger sister.

What starts off as a seemingly not that mature story winds up to be dealing with very mature themes, and explores topics such as unrequited love (Kuzu no Honkai), dealing with feelings of rejection, sadness, etc. In both, there are moral lessons to be learned.

A seemingly perfect couple struggles under a secret longing each has for someone else.

Check out Kuzu no Honkai on Amazon

Both are stories about a teenage girl developing feelings for a 20-something employee who got rejected by a woman who is their age.

You will get the same vibes & freshness.

First of all, they have brown-haired high school girls as their heroines who usually wear cute school outfits. Second, there is a 20-something male office worker who gets involved with this high-school girl.

A handsome high spec businessman falls in love with his high school sister’s best friend despite their age gap. 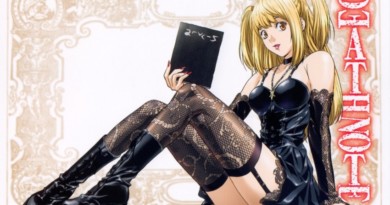