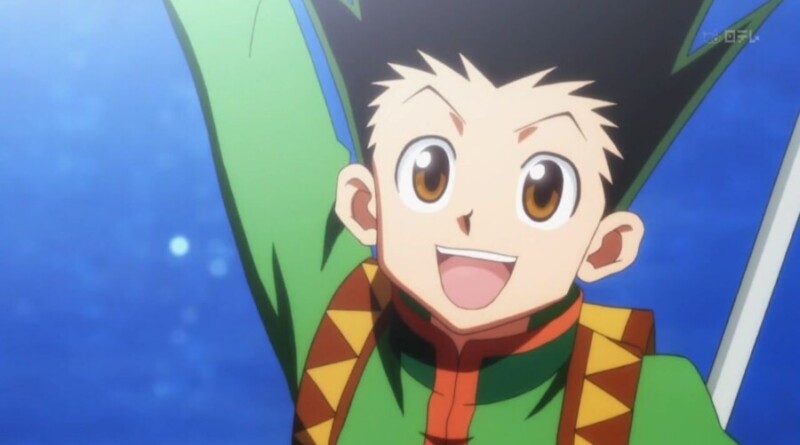 A new week, a new letter. It’s the characters with names that start with the letter G this time. Surprisingly, there are no anime ladies on this list. This is because I chose these characters based on MAL’s popularity rankings.

You’ll probably know the vast majority of them as they are taken from popular anime series like Demon Slayer, Hunter x Hunter, Berserk, and others.

He always seems to have a serious expression on his face. Giyu is notorious for his quiet demeanor and a strong sense of justice, and he has no sympathy for people who are ignorant of their own limitations or who waste their lives.

A shinobi of Sunagakure, Gaara was full of hate because of how horribly others treated him because of something he had no control over. He had been made the jinchūriki of the One-Tailed Shukaku before he was born.

It’s only after Naruto, another jinchūriki, defeats him, that things begin to finally change. He draws inspiration from Naruto’s words and actions and starts caring about his friends, protecting those he cares about, and completely abolishing his hateful outlook on the world and himself.

Griffith was the leader of the Band of the Hawk, a mercenary group hired to fight major battles during the Hundred-Year War.

Unfortunately, Griffith was imprisoned and tortured inhumanely as a result of his affair with the princess.

The Band of the Hawk was in disarray without Griffith. Hence, they banded together and resolved to save their leader.

When the mercenaries got to Griffith, they noticed he wasn’t the same leader they remembered. Worse, Griffith goes so far as to betray the Band of the Hawk, sacrificing his underlings with his Crimson Behelit in order to be reincarnated as the God Hand, Femto.

Griffith’s hunger for power eventually got the better of him.

Gyro hails from the Kingdom of Naples and is a Spinmaster. He is an arrogant and flashy executioner who has been scarred by life’s harshness. He decides to enter the Steel Ball Run race in the hopes of winning amnesty for a youngster whose execution he has been assigned.

Despite his tendency to be rude and mocking toward everyone he meets, he also has an altruistic side and enjoys assisting those in need.

A manipulative, arrogant, and selfish man, Gilgamesh claims ownership of the entire universe and thinks that he is the one and only king. He refuses to recognize anyone’s authority, including that of the gods.

He has a habit of underestimating his adversaries and treating battles as a game. His massive ego stops him from seeing his enemies as legitimate threats, and he never takes fights seriously. As a result, he likes to severely cripple himself and blast his infinite number of Noble Phantasms mindlessly.

Ginko is easy-going and laid back, but he can be serious when necessary. While his traveling lifestyle and tendency of leaving on short notice may make him appear cold, he sincerely cares about people and their feelings and is prepared to put his life on the line for their safety.

Gon Freecss is an athletic and cheerful child who is overly optimistic. He yearns for adventure and dreams of one day escaping the stifling island existence to become a great Hunter. Following Gon’s capture of a giant fish, his aunt finally permits him to obtain a Hunter license. With the world at his fingertips, Gon leaves his hometown and travels to Zaban City in order to compete in the 287th Hunter Exam.

Living in the moment is the greatest way to describe Gon’s personality during his Hunter adventure.

Goku is a selfless, genuine, and gentle individual. It’s easy to forget that he’s a member of an alien race whose original objective was to exterminate all sentient creatures on Earth! It’s a miracle that he injured his head because it allowed him to overcome his destructive nature and grow up to become one of Earth’s finest defenders.

For those who haven’t seen Dragon Ball, he is similar to Naruto or Gon in that he inspires others to make positive changes after they get to know him.

Guts is a guy who is constantly at odds with his own darkness, which manifests as the seductive Beast of Darkness. He is a gruff, pessimistic man with a pessimistic outlook on life and a harsh demeanor.

He is constantly tempted to do wrong, to give in to his agony, and to let his thirst for vengeance consume him.

The most humane quality about him is that, like many real humans, he created his own hell. He only wanted acceptance and family in the end. The Hawks gave him both, but his own insecurities and inability to trust that he was deserving of love drove him away, only to discover that he already had it.

Gintoki is the most popular character with a name that starts with the letter G.

He is awesome because he’s unique; he’s not your usual Jump protagonist; he’s hilarious, powerful, relatable, and most importantly, human.

Gintoki is also an otaku who reads manga from Weekly Shounen Jump regularly.

Despite being a formidable warrior with near unparalleled talent, he avoids unnecessary bloodshed.