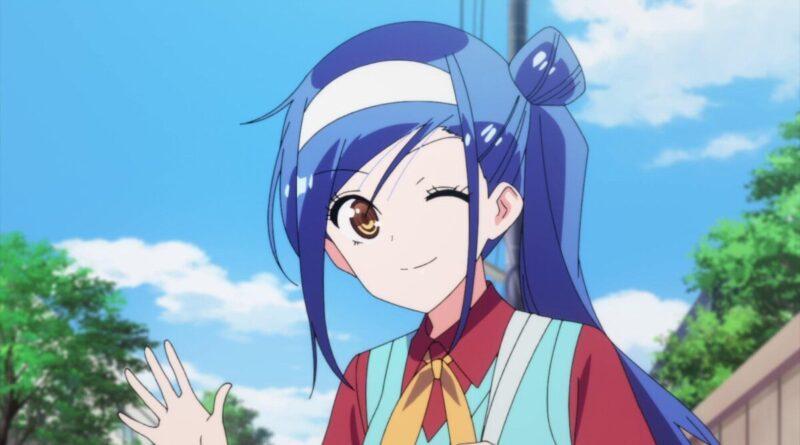 Who would think that finding anime characters with names that start with the letter F would be so challenging? I actually couldn’t think of anyone except for Feitan Portor from HxH and it took me quite a bit of time to find other well-known characters whose names start with F.

I have to admit that most of them are not protagonists. They are usually having secondary supportive roles, which is a bit odd. However, I experienced a similar situation with the letter D where all of them were males and the majority were antagonists.

If you have never seen Re:Zero, you might assume that Felix is just another cute Neko girl. Wrong!

Felix is a male and Crusch Karsten’s (a candidate to become the 42nd King of Lugnica) knight. He is completely devoted and loyal to her and cares deeply about her wellbeing.

His specialization isn’t fighting but rather healing, which is equally if not more important. He is so skilled at healing that he is considered a healing prodigy and the best healer in the Kingdom.

A Celes country wizard, Fai strikes you as free-spirited, lively, and warm-hearted. Despite this carefree external demeanor, there is an ugly deep trauma that manifests itself in a complete disregard for his life.

Fai is an awesome friend, though. He might act emotionally detached and fear intimacy but the truth is that he cares about his companions so much that he would do anything to keep them safe.

He starts as a white wolf who accompanies a boy but after the boy passes away, he takes his form and continues to take the forms of various humans as he meets them while adventuring.

Fushi evolves from having only primitive instincts to having higher emotions. His character develops over time as he gets to know various people and their experiences, which are often gut-wrenching.

Eventually, he becomes kind and warm with the noble goal of creating a peaceful world.

He hard-hearted sadist and serves as the main interrogator for Phantom Troupe because of his proficient skill in torture. With all that being said, he is extremely loyal to the leader of the Phantom Troupe, as well as the whole Phantom Troupe.

I don’t know if you could tell from the picture but this guy is an antagonist who is also the president of the United States! I know, it’s a lot to take, he looks feminine and doesn’t even remotely look like a president.

Unsurprisingly, he is anything but funny. Funny is an immortal and ruthless patriot whose dream is to make the United States stand over the rest of the world. And he would do anything to achieve this goal, including using, manipulating, lying, and even killing other people.

Franken Stein’s name is very telling when it comes to his character as well.

You would not want him as your doctor, let’s start with that. He has a strange hobby of wanting to dissect everything that he finds interesting, including people. Franken sees everyone, including himself, as an experiment. He is not only bizarre but also sadistic and borderline insane. With that being said, he has also a kind and caring side to him when it comes to the people he cares about.

I know that she might look like a child but Fuko is a first-year student at the Hikarizaka Private High School.

She is an eccentric and hyperactive girl with an odd obsession with starfish. It seems like her whole universe centers around it—she carves wooden starfish in her spare time, daydreams about starfish, and even presents it as a gift to others!

Fumino is a quiet and introverted third-year student at Ichinose Academy. She rarely talks with her classmates except for a few close friends. She is the type of person who is both compassionate and considerate, which makes her a great friend.

Her dream is to search for a certain star that she believes is a reincarnation of her late mother but for that, she first needs to get a degree in astronomy. Since she is really bad at math, she has to do everything in her powers to improve.

A beautiful ship needs a good shipwright. This is the role of Franky who is a member of the Straw Hat Pirates. And trust me when I say that he can build impressive stuff.

A carefree person, Franky is known for being wild and unconventional. He can be a bit of a show-off which adds a desired level of quirkiness to his character.

He exhibits all traits of an older brother archetype and often finds himself in the role of a protector or entertainer. He can go from goofy to serious depending on the situation, which makes others perceive him as a reliable man.

Fans of 90s anime for sure know about this charming lady.

While you would assume that she is just an ordinary seductive woman in her 20s, she is 77 years old!

Faye’s beauty is that she is a perfectly flawed character. She can come across as abrasive and lazy, forcing others to work while she is just chilling or pampering herself. Faye is by no means a saint: she is not above lying, manipulating, and deceiving others if means furthering her goals. She is also prone to excessive drinking, smoking, and gambling.

However, as she spends more time with her companions on a fishing ship called Bebop, she starts to develop as a character and grows to like and trust them, something that she thought is not possible.

Meta: Today, we will explore a carefully curated list of the best anime characters with names that start with the letter F. Let’s dive in!