Momokuri is a Japanese webtoon series written and illustrated by Kurose & published by Comico Japan.

After she finally musters up the courage to ask him out, shy Momo accepts, starting their relationship. Little does he know that Yuki is still continuing her cute stalking habits behind his back.

Here are 6 Anime to Watch if You Like Momokuri!

Momokuri And Tserezure Children are both about teenage love.

They capture light and adorable romance between protagonists.

Tserezure Children depicts various youngsters who attend the same high school and have trouble confessing their feelings to each other.

The heroines of these anime shows are obsessed with their love interests in some way. Both are kinda “wrong” but funny and comedic at the same time!

Yamada, a 15-year-old beautiful high school student, makes her goal to sleep with 100 different men. Since she is too self-conscious about her inexperience, she targets a rather average-looking boy as her prey.

If you like a sweet romance anime where the female protagonist is the one to take the initiative and first falls in love, here you go!

Momokuri & Mirai Nikki have in common stalking and obsession with their potential partner.

Amano Yukiteru is a loner and observer, who finds himself frequently engaging in conversations with his imaginary friends – The God of Space and Time, Deus, and his servant.

What a shock will Yuki experience when he finds out that Deus is a real God, proving it by granting him a Random Diary that can predict future events around Yuki. Everything seems great until Deus decides that he will grant additional 11 diaries to the others as well.

Deus has only one goal – the owner of the diary who manages to kill all remaining Diary owners will become God, replacing Deus, who is about to die shortly.

Both are short romance anime series that are fairly light-hearted & cute.

Atsuhiro “Akkun” Kagari dates the girl of his dreams but is unable to show any affection towards her due to his embarrassment. During their encounters, he always ends up acting tsundere towards her.

Despite all of the mentioned, he is very much in love with her and develops some serious stalking habits!

Tsumiki Miniwa is in love with her best friend, Io Otonashi. Despite their friends find them a perfect match, Tsumiki Miniwa has huge trouble confessing. Will she muster up the courage to confess her feelings?

Check out Acchi Kocchi on Amazon 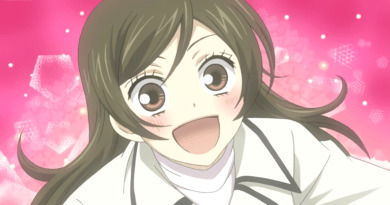 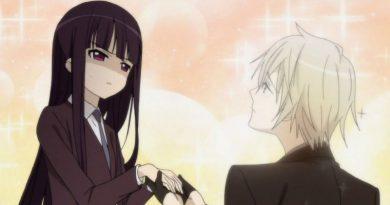