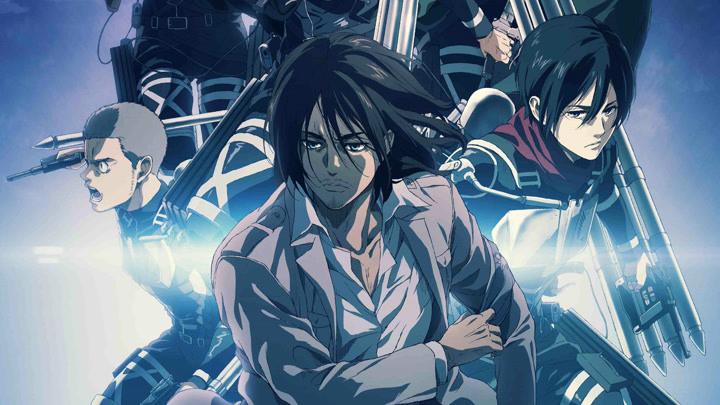 We can all agree that 2020 has been a terrible year and 2021 is not better for that matter. How many are socially, mentally, or health-wise affected by this crisis?

While the negative consequences of the COVID-19 crisis are apparent, there is at least one good thing about it. And that is no other than being more at home and reading more manga and watching more anime!

Now, there are no excuses for missing on the best! That’s why we have selected for you 10 Japanese Anime that you should definitely watch this 2021 year.

Between postponements and cancellations, the Japanese manga and animation business has spent a really precarious 2020 year. Luckily for the fans, 2021 guarantees to be filled with very good surprises, between new releases, variations, and expected sequels. We’ll be truly blessed. Those productions will be presented in chronological order!

The Seven Deadly Sins (七つの大罪, Nanatsu no Taizai, literally “The Seven Deadly Sins”) is a shounen manga written and drawn by Nakaba Suzuki. It was republished from October 10, 2012, to March 25, 2020, in the Weekly Shounen Magazine of the publisher Kodansha.

The Anime series is now on its 4th season (5th for those who watched it on Netflix), Dragon’s Judgment in which the war rages on and our heroes cross the borders of heaven and hell to save their friends.

2. Shingeki no Kyojin (Attack on Titan)

On either side of the ocean, two sworn enemies are getting ready to fight their last battle. War on the sting of morality, which can solely finish once all men are either dead or free. So begins the fourth and last season of the adaptation of Hajime Isayama’s cult manga, Shingeki no Kyojin (Attack on Titan).

The author, a master within the art of intrigue and also the reversal of things, maintains the suspense on the result of his initial work, whose last chapter is anticipated by spring 2021. It’s not possible to understand if the long-awaited ending can seem on the screens at the top of this epic final season of the difference.

The animation studio Mappa, which is taking up the assembly once 3 seasons directed by the studio Wit, will have its work cut out for it. As a result of additionally orchestrating the comeback of our 3 heroes – Eren, Mikasa, and Armin, the studio is adapting 2 of the newest and greatest releases of Weekly Shonen Jump magazine: Jujutsu Kaisen, whose initial season is already current, and Chainsaw Man, whose anime has been declared for the course of 2021.

Recommended: How to Watch Attack on Titan in Order

Freedom is gorgeous but brutal. After a whole first season plotting their escape, fifteen kids have managed to flee from their orphanage, the false paradise known as “Grace Field”, in the hope of finding freedom. Led by the two protagonists Emma and Ray, the youngsters will discover a stunning and cruel outside world during which they’re going to have to learn to survive.

Five years once the discharge of the primary chapter, The Promised Neverland has become one in every of Weekly Shonen Jump’s preferred manga. Its breathless and original plot had aroused the passion of many readers around the world. A quality confirmed in 2019 by the success of its anime adaptation by director Mamoru Kanbe. One of the highlights of this initial season was notably within the mesmeric music of musician Takahiro Obata, who will be back for this second season.

While interest in the story has waned slightly since the end of the manga in June (2020), animation studio CloverWorks has to return up with an honest plan to encourage inflexible fans to stay engaged. The second season may unveil new plots, supervised by the mangaka himself. The arduous task to resist.

Available since 7th of January on Wakanim and ADN.

Fans of the manga had long given the thought of ever seeing an adaptation of this cute teenager’s romance. Animation studio CloverWorks, which conjointly created The Promised Neverland, brings what guarantees to be one in every of the foremost stunning love stories of the year.

Filled with good feelings, the Horimiya series ably addresses the complex period of adolescence through physical and social prejudices. Its unlikely romance between 2 classmates, Hori and Miyamura, that everything seems to oppose, reminds us that we should not always trust appearances.

When the manga was released in 2012, the work written by Hero and illustrated by Daisuke Hagiwara had already made, the hearts of readers, flip over. Though the story could sound like many others, in Horimiya, the characters’ personalities are so addicting that it would be hard to miss it.

Available from 9th of January on Wakanim.

Read more: 8 Anime to Watch if You Like Horimiya

In the array of anime concerning sports, skating was still missing. But Sk8 made its apparition, on time!

The series, which is one in every of the few on this list that’s not a manga adaptation, follows the story of Reki, a high school skating enthusiast who finds himself concerned in a very dangerous and secret race known as “S”.

With stunning animation and colorful characters, the trailer for the series causes you to wish to begin riding around the city on your skateboard yourself. Expected to be released in January, Sk8 the Infinity isn’t solely made by the excellent animation studio Bones, but it’s conjointly produced by Utsumi Hiroko, highly acclaimed for titles like Banana Fish and Free!

Available since 9th of January on the Wakanim website.

It’s arduous to rank “must-watch animes” of this year without mentioning the Isekai series, that subgenre of Japanese fantasy revolves primarily around a personality transported or at bay in a parallel universe. There are already several anime in this style.

However, So I’m a Spider, So What? has one thing that makes it unique. Perhaps as a result of rather than being reincarnated in a very monstrously attractive character, the heroine transformed herself into a spider. She will be compelled to learn the way to use her arachnoid body and survive in this new world.

This series, with its uncommon plot, reminds us of That Time I Got Reincarnated as a Slime! that had already pleased the fans in 2013. With a fluid animation and a story that does not appear to be void of humor, this new Isekai may well bring a breath of fresh air to the genre.

Available since 8th of January on the Crunchyroll website.

Recommended: 6 Fantasy Anime Like I’m a Spider, So What?

Shaman King is back!

Approximately twenty years after its first release, the cult manga of Hiroyuki Takei is now entitled to the second anime adaptation. Some way to relinquish a second life to the story of the priest Yoh Asakura.

At the time, the production had to create its own original ending, since the manga wasn’t finished yet. Bridge Studio, which is in charge of the production of the reboot, ought to finally be ready to adapt the story as Hiroyuki Takei had envisaged it.

We will find back the young Yoh in his journey to become the Shaman King, in a series that guarantees a lot of astonishing visuals and a far better follow-up to the story than the primary adaptation. A discovery all the more so appreciated because the music is composed by Hayashi Yuki, known for his work on very popular series, like Haikyu!! and My Hero Academia, whose fifth season will also be released in 2021.

Available on streaming sites in April 2021.

One of the top upcoming anime of the year.

To Your Eternity is tailored from the manga by Yoshitoki Yoima, who you will probably recognize as the author of the gorgeous and sorrowful Silent Voice.

The story is about the arrival on Earth of a mysterious and immortal being that has the ability to take the form of what surrounds him. A pure force that can take, throughout its learning process, the form of animals and ultimately, humans.

At the time of its unleash in the manga in 2018, the work had already captivated the general public by its universe tributary to travel and reverie. And its twenty-episode adaptation is very promising!

Available from April 2021 on Crunchyroll.

Here is finally the worthy successor of the brilliant series Your Lie in April.

Let’s not forget that Sayonara Watashi no Cramer is the adaptation of the second manga of Naoshi Arakawa, the author of Your Lie in April.

During this second production, the theme is kind of completely different from music, since the heroine is passionate about football. The lassie having never ever won a game during her high school years is invited by her rival to join the high school team, with the promise of never letting her “play alone”.

Even if it’s not the same animation studio that produces the series, it still keeps a similar creative direction, loyal to the mangaka’s original style. And for all people who shed rivers while watching Your Lie April, be prepared because the music is composed by the same person, the gifted Yokoyama Masuru.

In the distant future, on our planet, our world is currently referred to as Eden 3. The sole entities living there are robots. Their creators are gone for thousands of years. Throughout a routine mission, two robots accidentally awaken a young girl and shatter centuries of history and myths. Together, the two robots will secretly raise the kid in a refuge outside Eden.

This new four-episode series is the first Netflix Originals creation of its kind. For the occasion, we meet again with director Yasuhiro Irie, known for having directed the series Fullmetal Alchemist: Brotherhood, Toshihiro Kawamoto who has worked on the characters of the cult Cowboy Bebop and lastly, the Australian composer Kevin who became known for the music of the anime Made in Abyss.

Available in May on Netflix.

Bonus – The Way of the Househusband

In this atypical manga, we discover the story of Tatsu, a househusband who takes care of his house and his adorable girlfriend. Except that he doesn’t really look like the ideal husband. Tatsu, “the immortal”, is a fearsome gang leader who terrifies the most powerful mobster in Japan. Now retired, he hopes for a peaceful life. But a horde of disgruntled mafioso come to ruin his life.

It was only a matter of time for this manga with absurd and funny scenes – like the main character’s fight with an automatic vacuum cleaner – to be adapted into an animated series. And it’s Netflix that will be in charge of the production of this project now called The Way of the Househusband.

Available later this year on Netflix.

To conclude, the list is well supplied for this year of 2021!

All anime that was mentioned in this article are, obviously worth watching without what we wouldn’t have spent the time to recommend to you, Anime Lovers.

Which one to start first? Well, our choice is heading towards The Seven Deadly Sins: Dragon’s Judgment but feel free to choose something that inspires you the most!

Time is precious, and you got plenty on your hands now, “thanks” to the current sanitary crisis. Make good use of it and keep feeding your passion by watching some good animes.