There are plenty of anime series for beginners to choose from. But whether it’s anime or any area of life, being a newbie is difficult. This is also the reason why I decided to compile some of the most beginner-friendly anime. Each series has a unique mix of genres so that you can pick the right one according to your taste.

Whether you are a newbie or you are searching for a great anime that you can recommend to your inexperienced anime friends, this is the right place where you can explore the best 10 anime for beginners.

Death Note is a must-watch anime for beginners. Mainly if they love psychological thrillers.

9. Code Geass: Lelouch of the Rebellion

Code Geass is set in an alternate timeline, where the world is divided into three superpowers: the Britannia, the Chinese Federation & the Europia United. The Britannia is trying to conquer as many countries as they can, including Japan. Japanese people are eventually stripped of all their rights and Japan is renamed Area 11.

Lelouch vi Britannia is an exiled Britannian prince who gets involved with a mysterious woman called C.C.. She bestows the power of Geass upon him, which in turn makes his dream of exacting revenge on the Holy Britnannian Empire possible.

Kamisama Kiss is a perfect anime for beginners who enjoy supernatural romance.

Nanami Momozono is a high schooler with a rather problematic family background—her father gambled her house away and vanished. Dispirited and homeless sitting outside on the bench, she spots a man in distress who is being harassed by a dog. Nanami helps him without hesitation and explains to him her situation. Surprisingly, the man offers her his home for free as a form of gratitude.

Amano Yukiteru is a lonely high schooler who spends his days observing others and writing notes about his surroundings on a cell phone diary. He seems to have no real friends but he finds himself often in conversation with his imaginary friends—The God of space and time, Deus, and his servant.

What a shock will Yuki experience when he finds out that Deus is a real God, proving it by granting him a Random Diary that can predict future events around Yuki. That might seem like a blessing at first glance but only until he discovers that Deus granted additional diaries to 11 other people as well with one goal in mind: the last one standing becomes the next God.

Sword Art Online takes place in the year 2022 when every gamer’s dream becomes reality—people can now experience and control their in-game characters with their minds thanks to a special helmet called Nerve Gear.

A boy called Kazuto Kirigaya is an avid gamer who is more than hyped to join the SAO world. He even previously tested the game as a beta tester. But after 10 000 players log in for the first time to SAO, they are bound to discover that the mad creator of the game disabled the logout button. The only way to get out of the game is to beat all 100 floors of Aincrad, a castle where unique monsters reside on every floor and every dungeon. To make matters worse, if your health bar drops to zero, you will also die in real life too.

Do you fear bugs? Then imagine how would it feel if one alien-like little worm would just burrow into your skin while attempting to take over your brain. Not very pleasing, right?

Fortunately for the 17 years old high schooler Shinichi, the worm-like creature that tried to take over his brain failed and ate only his right hand!

Diabolik Lovers follows a petite, innocent–looking blonde girl called Yui who is under strange circumstances forced to live in a house with 6 handsome boys. The catch? They are all vampires lusting for her delicious blood!

Yamada is a high school girl who wants to lose her virginity and sleep with 100 different men.

That might seem to be an easy task because Yamada is a beautiful girl but in reality, she is very insecure because of her virginity and so she starts pursuing a very average-looking virgin classmate of hers.

Eren Yaeger’s life turns upside down after the wall protecting his village from Titans gets breached, wreaking havoc on the whole village behind them. He loses a close relative in a very gruesome way and witnesses firsthand the atrocious power of Titans.

Long-running shounen shows can be a good anime choice for beginners too. If they are actually good, that is. Naruto fits the criteria, it’s a perfect blend of development, action, and unique special abilities.

Naruto is set in the world of ninjas and follows the story of Uzumaki Naruto, a young aspiring ninja who is determined to become the leader of his village because his deepest wish is to get acknowledged & accepted by others. 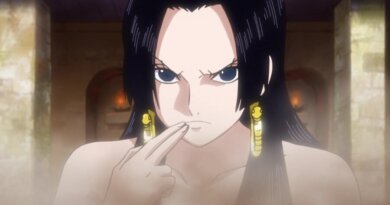 What’s the Deal With Fan Service? 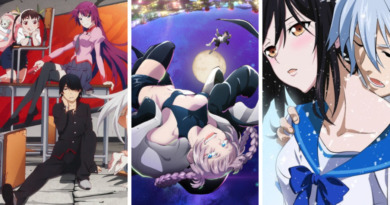