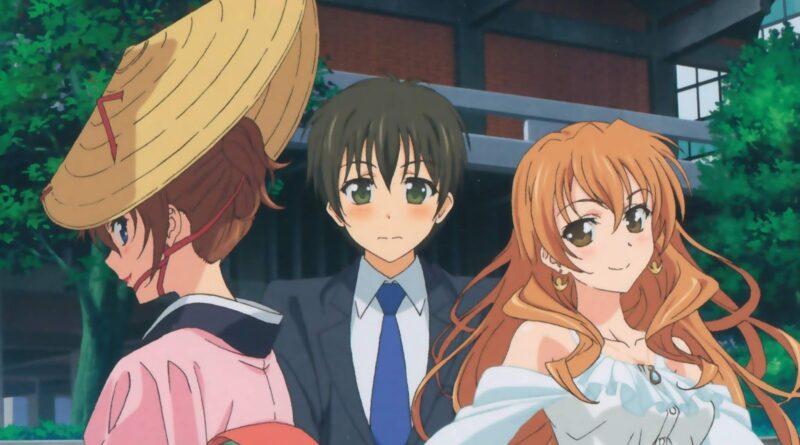 Yuly is an experienced educational writer. She focuses on enhancing the college experience for students through a relaxed and energetic life. She is also an experienced homework helper. Yuly has been assisting students to make the best of their college years for more than 5 years.

Anime movies and series are packed with energy. They involve a lot of adventure and teen interactions. However, many ignore college life, yet the main characters are in the age bracket of college-goers.

The anime is rated among the best for college students and about college life. The story centers around Kanji Sasahara, a student who has just joined Shiiou University. He joins the Genshiken club with high hopes and wild expectations, but he has no idea what the club does. The activities of the club and the peers he finds at the club are about to change his life forever.

Each member of the club has a particular anime favorite. They adopt the characters despite conflicting personalities. In their interactions, they have a chance to taste what their peers have in anime adventure.

Genshiken is considered an anime about anime lovers. It speaks to those who love the Manga, nerd, and anime culture. It represents anime lovers in different generations, creating an even bigger fan community.

Lori Kitahara has been invited to join Izu University. He is excited about the opportunity, but he has no idea what awaits him. Among his first scenes at the university is a series of hardcore parties. The few friends he has made have joined the bandwagon. He falls into the temptation and parties all night.

Lori wakes up in the morning with a nagging hangover. He is also stuck naked in the middle of the university campus. His judgmental cousin does not spare him. The event becomes one of a series of encounters he will have to deal with before graduation.

Lori is determined to salvage his reputation. Without taking the right steps, he will be stamped as the college party machine. The people pushing him into parties are also scuba divers. They also want him to try. It appears that his life at Izu University will differ from what he ever imagined. Still, it is an exciting adventure, beyond his imagination.

An accident has erased Banri Tada’s memory. He has no idea what his former life looked like. His first stop is enrolling in Law School. He aims to create new memories that will replace his old and now nonexistent life.

The attempt to establish new memories revives his old ones. He has fallen in love with a new girl but his old memories are coming in the way. He has also started remembering places he visited and interests he had developed during his previous life.

His old girlfriend Linda returns to the scene. She accelerates memory recovery, complicating the attempt to build a new identity. The anime is a demonstration of the conflict between the new and old Tada. The hole he intends to fill with the new life is interrupted by recovering old memories. How will his life turn out? It is a thoughtful and adventurous anime.

Run with the Wind

Run with the Wind is set in Japan. It features Kiyose Haiji, a new student who desires to win the most prestigious marathon for university students in Japan. He needs the help of his peers to enter and win the race.

He gathers his team in a room, the same space that is supposed to host the school’s track team. The housemates are torn between joining the scheme or bolting out. A good number buy the idea and decide to stay.

Despite his determination, Kiyose knows the difficulty amateurs face when competing in such races. Unfortunately, only one of his team members has little experience. How will they maneuver and will their dream come true? What tactics are they willing to employ to win the race? It is an exciting and adventurous anime to follow.

College life requires a delicate balancing act. This is the challenge facing Ayumi, Shinobu, Takumi, Hagu, and Yuuta. They must balance family, love, friendship, and work. They are dealing with the pain of inadequate affection and unresolved family-business issues. Others are wondering what to do with their lives after college.

Tadayasu has joined the Agriculture University, but he stands out among his peers. The students engage in a lot of theories about microbes. However, he is the only one who can see these microbes with his naked eyes.

Everyone now knows that Moyashimon can see viruses, bacteria, and fungus, among other microorganisms. How does that change his perspective of life? How will the university utilize his unique ability? Students are also eager to work with him and spend time around him as they savor these magical abilities.

How does the extraordinary vision change the life of Moyashimon? He has a personal life that is not detached from his academic life. The discovery is as fascinating to him as it is to others. It is an exciting time for Moyashimon to be in school.

Anime series comes with a lot of imagination. The adventures packed in such stories make them exciting to follow. They are excellent art forms to relax your mind after a long day in class.