This is the follow-up posting to July’s two-part series cataloging the birthdays of some of your favorite anime characters. See the July 1-14 birthdays here.

The mediums of anime and manga provide fans with an expansive universe of compelling personalities. This expanse of diverse characters and genres means it is difficult to hammer out a list of ten remarkable entries. A lot of time and effort went into this post to come up with a list of favorite characters. The result of which is an evenly balanced inventory of anime personalities who, according to their creators, have a birthday in July.

Cloaked in mystery, Cross Marian is the ill-tempered mentor of Allen Walker. He is a member of the European Branch of Exorcists and General of the Black Order. The Black Order considers him a great leader but these sentiments are reminiscent of a bygone era.

These days he draws happiness from wine, women, and gambling. Aside from these pleasures, Cross’s interactions with others come off as demanding and demeaning. The fear he creates causes Allen to insist that Cross is a demon. In spite of his outward demeanor, he never loses sight of his responsibilities as an exorcist and mentor.

Cross Marian is a popular character within the D. Gray-man universe, which is surprising given how enigmatic he is within the series. A fact owes itself to Katsura Hoshino’s excellent worldbuilding.

A niche genre, horror anime characters rarely reach mainstream popularity but our ninth entry is the exception to the rule. Isaac Foster is a bloodthirsty serial killer and one of the protagonists in Angels of Death. His abusive childhood led Zack to swear vengeance against anyone with a happy life.

His life would get new meaning after a chance meeting with the Reverend Abraham Gray. The Reverend would offer Zack a place to live and unabated killing as part of an experiment. He would sadistically dispatch any unlucky people landing on his floor, except for one. As from a serial killer movie, a young girl wants to die but the killer cannot commit the act. The two become temporary allies as they attempt to escape their captivity.

Isaac Foster is an unusual anime character to be so popular. Overall, he is a frightening individual but there are moments where he is able to connect with his humanity. A complex psychological profile, Isaac “Zack” Foster has become a favorite for fans of anime’s horror and suspense genres.

Energetic and carefree, Mina Ashido is a student at U.A. High School. She is stronger than most of her fellow Class 1-A classmates but lags behind academically. This minor inconvenience does not deter Pinky’s desire to one day become a Pro Hero.

Her Acid Quirk deploys various acid techniques to defend herself and attack opponents. Pinky’s abilities secured her 9th place standing in the Quirk Apprehension Test. This aside, Mina’s true passion is dancing. This is the one activity that she commands perfection from both herself and others. With a combination of Quirk ability and flexibility, Mina has an advantage in melee and support combat environments.

The roster of characters is quite lengthy within shōnen anime and manga. This usually means a protagonist will garner a lion’s share of admirers. Fortunately, Mina Ashido’s dynamic and well-crafted personality has earned her adoration among fans.

The Dragon’s Sin of Wrath, Meliodas is the protagonist and leader of the anime’s namesake. His childlike features and playful personality masks his skills as the fearless warrior leader of the Seven Deadly Sins.

Demon Clan heir, Meliodas fell in love with one of the highest-ranked members of the Goddess Clan. Their relationship blossomed, causing the Demon King to curse the couple for eternity. His father’s jinx means that Meliodas’ love will continually forget about their relationship each time she is reborn. His desire to end this cycle serves as the backdrop for the Seven Deadly Sins’ defeat of the Demon King and his Ten Commandments.

Meliodas is not your traditional shōnen hero, especially when it comes to his interactions with the opposite sex. His façade betrays a deeper emotional bond for a woman who has no memory of their past relationships. His commitment to love interwoven with epic battles is why Meliodas is our seventh favorite anime character with a birthday in July.

Assassination Classroom narrator, Nagisa Shiota leads Kunugigaoka Junior High School’s Class 3-E in their attempts to save the world. His reserved personality hides a child who is thoughtful, observant of their surroundings. This trait leads him to view himself as invisible and an ideal candidate for becoming an assassin.

Nagisa lived with his mother following his parent’s divorce. Hiromi Shiota desired a little girl but this was not to be. Unable to cope, she made the young boy dress as a girl for most of his childhood. He would only overcome her psychological abuse after his placement in Korosensei’s class. He and his fellow classmates would excel both mentally and physically where educators and society had already thrown in the towel. Korosensei’s faith in his student’s abilities would inspire Nagisa to become a teacher.

Nagisa Shiota’s character is a beacon of hope that serves to demonstrate that nurturing environments are necessary for personal growth. His well-crafted story arc resonates with followers of Assassination Classroom and anime, in general. For this reason and so much more, Yūsei Matsui’s Nagisa continues to top fan polls.

Grimmjow Jaegerjaquez is one of the series big baddies, introduced in the Arrancar arc. He is the sixth most powerful Espada within Sōsuke Aizen’s army. His motivation was to become the most powerful Arrancar in Aizen’s service.

Symbolizing his prowess for strength in fighting, Grimmjow’s original form was that of a panther-like Adjuchas-class Menos. He Arrancar form wields a Pantera Zanpakutō, which employs the death power of destruction. Despite his abilities and desires, this character does not betray their warrior ethos by fighting someone for an easy win. This sentiment would lead to some of the series most epic battles.

Tite Kubo’s Bleach introduces a bevy of antagonists but few resonate with fans as much as the 6th Espada. The Bleach fandom constantly rates Grimmjow Jaegerjaquez, his Zanpakutō, and his fight with Ichigo Kurosaki in their top ten list. In keeping with those polls, Grimmjow sits as our fifth favorite character with a birthday in July.

Sasha Blouse is a young woman serving in the Survey Corps. A quirky but polite individual, she receives the nickname Potato Girl due to her compulsion to horde food and potato eating.

A small-town girl, Sasha was overly self-conscious and unable to navigate stressful environments upon entering military service. She matures into a capable warrior who is incapable of turning their back on people in need. Her ability to live off the land from an early age made Sasha a skilled archer, horseback rider, and tracker. These attributes would lead to an appointment as a sharpshooter, which sets her on the path to her demise.

Sasha Blouse is a fun character whose resilient personality stays true to her core values throughout the series. Originally, Hajime Isayama intended to kill her off earlier but the manga’s editor persuaded him to rethink his decision. This fateful encounter is the catalyst for why fans recognize Sasha Blouse as a great supporting character in anime.

Izuku “Deku” Midoriya is the protagonist of My Hero Academia. Born Quirkless, the young Decku aspired to one day become a hero. His dream would come to pass following a chance encounter with the hero All Might.

With the Quirk All for One, U.A. High School admits Izuku and assigns him to Class 1-A. He is a diligent student who obsesses about any subject covering heroes. His preoccupation with superheroes leaves him with very little time for extracurricular activities. On the flipside, Deku’s knowledge is valuable in understanding how best to counteract a villain’s attack style.

Like any good shōnen protagonist, Izuku Midoriya’s journey to becoming a hero leads him to develop into an unstoppable force of nature. His journey and growth never conflict with the beliefs he held as a Quirkless youth. This trait stands as a reason why the community continues to rank Deku as one of their favorite anime personalities.

Child of the Prophecy, Sasuke Uchiha is a surviving member of Konohagakure’s Uchiha clan. His gripping origin story lends itself to his depth as a villain.

Sasuke’s antihero journey begins with a desire for revenge against a brother who betrayed the Uchiha clan. His need for vengeance would lead him down the path to become a ninja and create a friendship with the series protagonist. The lack of progress accompanied by Obito Uchiha’s manipulation lead Sasuke to leave Team 7 to become a powerful ninja, regardless of the cost. His brutal path sets him on a collision course with Naruto Uzumaki.

The diversity of villains and their varied motivations are some of the best aspects of watching anime. Naruto and its franchise spin-off are no exception. With this understanding, Sasuke Uchiha’s faithful following earned him the rank of the second most popular anime character with a birthday in July.

A Substitute Shinigami, Ichigo Kurosaki leads this series motley band of fighters in protecting the mortal and astral planes. Bleach introduces its protagonist as an average high school student living at home with his father and younger twin sisters. His understanding of the world and afterlife would upend itself following a chance encounter with the Gotei 13’s lieutenant.

As a youth, Ichigo always had the ability to see and interact with spirits. His abilities are the catalyst for Rukia Kuchiki to request his support in defeating a Hollow. This event sets up his hero’s journey battling a diverse rouges gallery of villains like Dark Dragons, Espanda, Hollows, and Shriekers just to mention a few. The stakes become increasingly more difficult with each encounter but Ichigo and his friends never lose sight of their primary goal to protect family and friends.

Monkey D. Luffy, Naruto Uzumaki, and Ichigo Kurosaki make up the trinity of shōnen protagonists. The fandom continually rates these three and their anime counterparts as their favorites. Therefore, it should come as no surprise that our favorite anime protagonist for July is the Substitute Soul Reaper from Bleach. 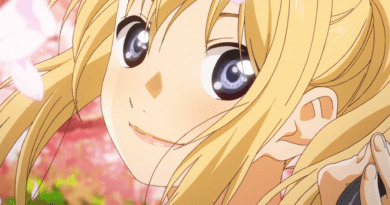 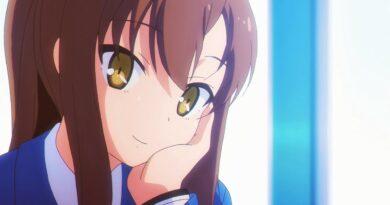 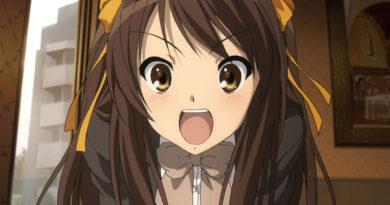