Want to watch some seductive anime like Overflow that stays spicy over the course of the whole show? Then this article is for you.

All of the anime below fit the same criteria: they are immensely sensual ecchi shows filled with hot anime girls. As you climb your way from #10 to #1, you’ll find that the higher you go, the more it resembles Overflow. Mind you, most of them have an all-ages broadcast version and an uncut 18+ version.

With that in mind, I present to you a very scientific list of stream-worthy anime series like Overflow to get you in the mood!

11. Harem in the Labyrinth of Another World

Harem in the Labyrinth of Another World is a Summer 2022 ecchi anime by Studio Passione (Citrus, Interspecies Reviewers, Mieruko-chan). There is nothing special about it except for the lewd scenes. Like Overflow, this anime’s quality of art and animation is high, so it’s a feast for the eyes.

Michio Kaga, a high school student, was aimlessly drifting through life and the Internet when he found himself teleported from a dubious website to a fantasy world, where he was reincarnated as a powerful man with the ability to use “cheat” powers. With the help of his abilities, he embarks on adventures, makes money, and gains the right to seize girls with idol-level beauty and turn them into members of his own harem.

Redo of Healer is no stranger to anime fans thanks to its contents and the controversy it produced.

The MC is severely tor*ented and ab**ed by everyone around him. He actually lives in hell. However, he manages to turn back time to a period when he had not yet endured all of the suffering. He, therefore, made the decision to get back at everyone who hurt him in the most agonizing way.

Interspecies Reviewers is a pretty unique ecchi show if you are an open-minded person. It’s one of those I would call wholesome and it has a decent rating of 7.45 on MAL.

The anime takes place in a world where many species coexist and brothels, where different kinds of interspecies females work, seem to be fairly common. Elves, succubuses, birdmaids, octopus-human hybrids, fairies, furries, and more! You can find there every demi-human girl you’ve ever dreamed of.

In order to inform the public and determine once and for all who the best monster girl is, the Yoruno Gloss reviewers will take on the challenge!

8. The Qwaser of Stigmata

The plot is really straightforward and cliched; the male protagonist is surrounded by a lot of women, and they are continuously the targets of bad guys who are competing over trying to find a lost artifact that is said to give its possessor the power of god.

The characters are divided into two groups: the supernatural “Qwasers” who gain their abilities from drinking breast milk, or “Soma,” and the supporting group of “Marias,” who provide breast milk.

7. My Wife is the Student Council President!

While My Wife is the Student Council President! doesn’t reach the ecchi levels of anime like Kiss x Sis, Overflow, or Washer, it’s still pretty hot.

Vice president Hayato becomes engaged with Ui, the president of the student council, as a result of an agreement between their parents that was made under the influence of alcohol. Consequently, they begin living together and develop a close relationship quite quickly.

A shy high school student named Yuuki Rito appears hesitant to confess to Sairenji Haruna, the girl he has been dreaming about since he was in junior high.

One fateful day, as he mopes in the tub about his life, a mysterious, naked girl with devil-tailed tails suddenly appears. Her name is Lala Satalin Deviluke and she is the only successor to the throne of the planet Deviluke and the runaway crown princess. She chooses to stay on Earth and live with Rito in spite of her father’s attempts to take her back home and marry some of the suitable marriage candidates.

Hybrid x Heart Magias Academy Ataraxia follows Kizuna on his mission to stimulate girls to engage in combat against invaders from another world.

Kiss x Sis is an anime that follows Keita and his two stepsisters Ako and Riko who are always engaging in lustful and lewd behavior with one another only for joy.

Sora Aoi and his siblings have always been close. While Aki, his older sister, and Nami are identical twins, their relationships are very different.

Sora had an encounter with Aki in the bathroom that turned into a surprising epiphany: he loves her. But while Sora struggles with his forbidden feelings, Aki admits that she has been in love with him her entire life. The two start dating secretly after making their feelings known.

Souta Tsukishima is stepping in for his grandfather, who suddenly experienced back problems, as a back washer. And as chance would have it, a group of high school girls came to get washed on the day he fills in for his grandfather. One of those people is Aoi Yuzuki, a girl who bullies him endlessly.

However, he later learns the truth, and soon, a love relationship blossoms between Souta Tsukishima and Aoi Yuzuki.

1. Joshi Ochi! A Girl Fell from the 2nd Floor

Like Overflow, Joshi Ochi! has a one-on-two setting, accidental slip-ups, and top-notch waifus.

Part-time employee Aikawa Sousuke resides in a shabby apartment. Unyuu Sunao, who lives in the apartment above him, suddenly falls through a hole that appears in his ceiling and onto his bed one day as he hears a creaking sound coming from his ceiling.

Thus begins the hilarious life of sharing a home together! 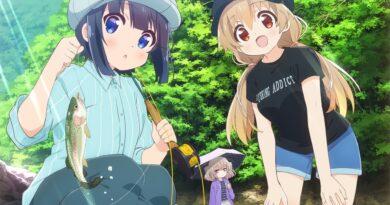 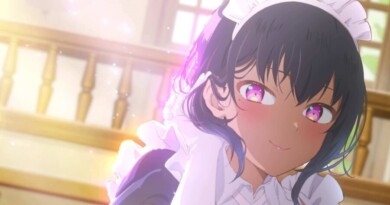 10 Anime Like The Maid I Hired Recently Is Mysterious 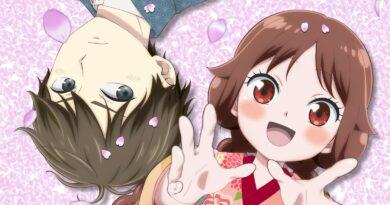