Ho ho ho, anime fans! It’s that time of the year again when we celebrate the holidays and ring in the new year! And what better way to do that than by highlighting some of our favorite anime characters who celebrate a Christmas birthday? From powerful exorcists to skilled fighters, these characters have made a lasting impact on fans with their unique personalities and abilities. So join us as we take a look at the anime characters who were born on the 25th of December. Unlike most top ten lists, the names are in alphabetical order rather than by ranking. This is because everyone is great in their own right.

As you review the post, please feel free to let me know if I overlooked your favorite anime or manga character. Leave a comment below and let me know your picks. 🎅🏻🎄🎁

A list of The Best Anime Characters with a Christmas Birthday:

Levi Ackermann is the number one among anime characters celebrating Christmas birthday. With each passing year, the captain of the Special Operations Squad’s fanbase seems to grow. Assigned to the Scout Regiment, Levi is a lead-from-the-front type of soldier.

Born to a prostitute, Levi Ackerman would live in squalor until Kenny Ackermann took him in. The conditions of underground living would instill a strong sense of tidiness, as an adult.  As a soldier, Levi is intelligent and strong. His use of the Scout’s omnidirectional mobility gear is without equal.  His prolonged fight with the titan invasion has made him cold and a bit distant towards his squad members.

Within the series, Levi Ackermann is one of eight characters to have their own theme song. I suspect that Levi will continue to be a fan favorite for years to come.

Assassination Classroom is a great anime series.  With its storyline and characters, there is no doubt that Karma Akabane would make it to a top ten list. In this case, a list of favorite anime characters celebrating a Christmas birthday.

The bad boy of Kunugigaoka Junior High School’s Class 3-E, Karma Akabane comes from a wealthy family. Having a strong sense of mischief, the young lad does not shy away from a good fight. He sees himself as a kind of superhero, protecting the innocent. Cunning but principled, Karma has the skills to bring down Korosensei. He is someone who appreciates action over inaction.

Despite the tough exterior, he would shed tears following the death of the ‘Perverted Chicken.’ Karma Akabane is a complicated character, which makes him beloved by anime fans.

Born in Kyoto, Misa Amane is a secondary antagonist in Tsugumi Ohba’s Death Note. Spunky, she is a petite, attractive young woman. A bubbly actor, adoring fans flock to her but Misa’s façade masks past trauma.

Misa is a witness to the death of her parents and the legal system’s failure to convict their killer. Kira slays the murderer, which sets her on a journey to discover the identity of the mysterious hero. With the help of Shinigami Eyes, she learns Light Yagami is Kira. Their fateful hookup would lead Light to manipulate Misa’s trauma and adoration, which will lead to her demise.

Misa Amane is an overlooked tragic character in anime. Her existence is to serve as a pawn for the antagonist and protagonist to achieve their goals.

Victorique de Blois is a teenage girl at Saint Marguerite Academy. Her petite figure, long blonde hair, and black Victorian dresses lend to the appearance of being doll-like. As chic for women of the period and like Sherlock Holmes, she often puffs on a hand-held pipe.

Alongside Kazuya Kuio, Victorique shares the spotlight for being the story’s protagonist. She is the daughter of the Albert de Blois; whose bloodline gives her great mental acuity. An illegitimate heir, the Albert exiles her to Saint Marguerite. Her only contact with family is through an older half-brother, Grevil de Blois. A Sauville police inspector, Grevil farms out complex mysteries to his half-sister to solve.

Victorique’s character is hardworking, meticulous, and stubborn. This is not surprising, as psychics often associate these traits with Capricorns.

Shinoa Hīragi is a sergeant in the Japanese Imperial Demon Army. A capable warrior, she wields a cursed scythe used to dispatch vampires. Her prowess in combat is a major reason why the command chooses her to watch over Yūichirō Hyakuya.

At first glance, there is nothing in Shinoa’s appearance that gives away her abilities. Cute and petite, some of her mannerisms are akin to a typical teenager.  She playfully teases others to make them uncomfortable. When the chips are down, she quickly demonstrates why she is a trusted military leader. This is the reason why she faithfully served on the vampire extermination unit.

Despite her awesomeness, Shinoa Hīragi cannot cook or drive a car. With this stated, she is a fan favorite and one of our beloved characters celebrating a Christmas birthday.

Cute and statuesque, Shōko Komi is the focus of Itan Private High School. Her classmates wish to connect but Komi’s shyness seems to place her out of their reach. Idolized from afar, Komi’s peers fail to understand that she longs for their friendship.

Worry is a part of life but what happens when your anxiety is crippling. Shōko Komi is one such teen, whose unease makes it difficult for her to talk and bond with others. She vows to make this year different, as she seeks the assistance of Tadano Hitohito to make 100 friends. Slow and steady, the pair set out to make Komi’s wish come true.

With the veil of idol mystic lifted, Shōko Komi’s peers begin to recognize that she is just a down-to-earth teenage girl. She may interact differently with others, but her desire is to make lasting relationships.

Labeled Tyki-pon and Joyd, Tiki Mikk is a major antagonist in the D-Gray-Man series. Joyd is a descendent of the Biblical Noah, called the ‘true disciple of God.’ The third disciple is the embodiment of Pleasure.

Noah’s descendants look down upon all humanity. Tyki-pon does not share this reaction, as he enjoys other people’s company. Sympathetic and jovial to others, Joyd pals around with humans and Noah alike. However, he can quickly unmask a sadistic side to his personality. Regarding his shift in conduct, Tiki Mikk states ‘having a light side and dark side is what makes life interesting.’

Joyd always walks a delicate balance between humanity and inhumanity. His traits are refreshing aside from the drones of mindless, brutish villains seen in anime.

Gou Matsuoka is one of two supporting characters that grace our list. Rin Matsuoka’s younger sister, she is his rival school’s swim team manager. In spite of her role, Gou does not know how to swim.

A first-year high school student, Gou is a calm and inspiring individual. This petite young woman is quick to frustration called by her first name, preferring the feminine Kou. She joined Iwatabi’s swim to bring together her older brother’s friends, as they are rival competitors in the sport. Cool and collected typically, Kou is easily flustered at the sight of her teammate’s muscles.

Gou Matsuoka is the catalyst in restoring Rin’s enjoyment of the sport of swimming. Born under Capricorn, she personifies the sign’s astrological traits that make her a good manager.

This is the time of year that stir up visions of snowy covered ground and skating on frozen ponds. Therefore, Victor Nikiforov seems like the perfect character to celebrate the season. Russian-born; he is a charismatic men’s singles figure skater.

Victor is the deuteragonist of Yuri!!! on Ice. His skills earned him several European and World Championships, in addition to five Grand Prix Finals. A free spirit, he goes about life at his own pace and devoid of outside pressures. His nonconformist nature comes at the expense of Victor’s skating coach, Yakov Feltsman. Makkachin, a pet poodle, is Victor’s constant companion.

Individuals born under the sign of Capricorn are known for being calm and composed, having a sense of humor, and living orderly. These qualities and much more perfectly sum up why Victor Nikiforov is a favorite among anime fans.

Allen Walker is this list’s second D.Gray-man character celebrating a Christmas birthday. Abandoned, his family would sell him to a traveling circus. A circus clown, Mana Walker would take the young lad under his wing. The death of Mana would change Allen’s life, in more ways than one.

He becomes the apprentice to the General of the Black Order, Cross Marian. Under his tutelage, Allen would become an Exorcist in the Black Order’s European Branch. Whether Akuma or a civilian, he does not hold malice toward others. This trait often angers his superiors, who feel everyone is beneath them. His big-heartedness is because Allen’s cursed eye can see the human souls locked inside Akuma.

Inspirational, Allen Walker is a sample of a good-natured character coming out on top. He makes mistakes but learns from them to become a better person. This is despite his colleagues doubting Allen’s intentions. 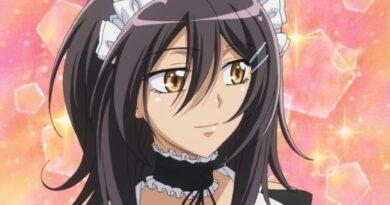 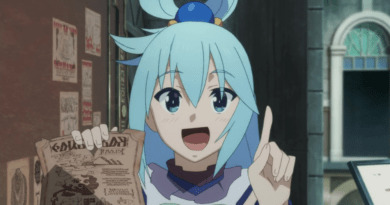 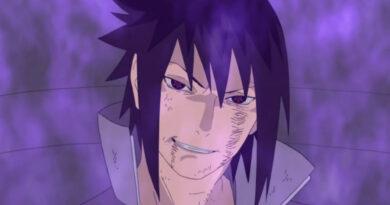