Guest post by Arbaz Khan, the owner of SlushTimes.com, who shares all about anime and manga in general on his website!

The worlds of manga and anime are heavily connected with one another, with many anime adaptations coming from original manga titles that amassed a considerable number of followers over the years.

Sadly, it is very common for manga series to be adapted into poor anime adaptations that don’t do justice to the original piece, greatly disappointing its fans due to a wide fan of reasons.

That is why, in this very article, I will talk about the saddest cases where this indeed happened, and of course, this list cannot start without talking about one of the best manga series of all time… Berserk!

Among the most mentioned manga better than their anime adaptations is Berserk.

The anime industry has attempted to mimic Berserk’s success multiple times without even getting close to its original glory. Considering what it has managed to achieve, it is not a big surprise.

Now, although the movies were good, none of the adaptations I mentioned managed to get close to Kentaro Miura’s expertise when it comes to his art skills and storytelling. And, sadly, all of them covered but a small fraction of Gut’s story. Considering how it only gets better as you keep reading, it would be a sin not to go for the manga instead!

In addition, I also have to talk about what the manga did better… It’s absolutely gorgeous art! This is all thanks to Yusuke Murata, an absolute powerhouse of the manga world, well known for being a beast when it comes to drawing. One of his most recognized pieces, Eyeshield 21, has one of the best drawings I’ve ever seen in the manga world, and of course, One-Punch Man is also beautifully drawn as well, easily entering the fame hall of best-drawn mangas ever.

But there’s more! If you read the manga, you’ll notice much better pacing of the story, with the possibility of continuously enjoying the development of the plot with constant releases, in comparison to the anime which had a 4 years time separation between season 1 and season 2.

Tokyo Ghoul is probably one of the most famous cases of the shows where the manga is way better than their anime adaptations, both quality, and consistency.

Just like on many occasions in the anime industry, the overall animation for Tokyo Ghoul’s adaptation was just mediocre at best. Yeah, it started pretty well, showcasing a high-quality animation involving many different scenes, but as you progress, you can easily notice its quality dropping. And this only got worse as more seasons were released!

If you decide to read the manga instead, you’ll notice a very consistent quality in art that is much more capable of delivering Tokyo Ghoul’s dark atmosphere. This is mainly due to Sui Ishida’s unique art style, which is one of the most aesthetic styles I have seen, and one that fits the overall premise of the series in a much more reliable way. And, needless to say, the manga does a better job at developing its story!

This title shares some similarities with Tokyo Ghoul’s case. The first season was incredibly good and it was enjoyed by many, both manga and anime fans alike. However, things went sour when the second season was released.

You see, there’s a fairly bad practice in the world of anime adaptations that has sadly affected multiple franchises over the years… Changing the original plot of the story. It happened to Tokyo Ghoul, and of course, it also happened to The Promised Neverland.

Yet, for Tokyo Ghoul, changes were relatively small in comparison to this case. The second season skipped a whole arc from the manga, and just so you know, the arc was one of the most popular of the original tile, introducing a couple of characters that were adored by the fans. To make things worse, the whole story was rushed to the point of being a completely different story from the one portrayed initially, and this caused most of its fans to immediately drop the anime as soon as they noticed the changes.

The case with One Piece was mostly due to one specific thing: poor management of the series. You see, a large portion of manga and anime titles release chapters on a weekly basis, and this also includes One Piece.

The problem with this is that one anime episode tends to encompass several chapters of the manga, and this brings a lot of problems considering that they are both released weekly. The first problem of the anime adaptation was the introduction of what we fans call “Fillers”. Fillers are chapters that don’t cover the original story, usually created to give the manga time to release more chapters as the anime catches up.

Sadly, the fillers were not enough, with the anime catching up to the manga, completely ruining the pace of the series, with each chapter dragging out its content to ensure that they go in alignment. This completely affected the anime’s quality, making it far a better choice to enjoy the manga instead. Considering how talented Eiichiro Oda is at drawing, I would personally recommend this approach!

Sadly, Bleach was in a similar situation to One Piece, being released weekly and all. The anime suffered from the introduction of fillers that were of pretty poor quality, and the anime series had poor pacing of the story, even suffering from missing material as the adaptation went on a hiatus.

The manga, on the other hand, provides all the content up to its completion without any fillers or drops in quality. On the contrary, if you decide to read the manga, you’ll notice how Tite Kubo’s art improves over time, reaching a point of incredible virtuosity when it comes to drawing characters and fighting scenes, and, I would even dare to say that Tite’s character designs are some of the most visually appealing you can find in the media!

In the case of Record of Ragnarok, I would say that the manga is better than its anime adaptation only because the anime was really bad. I had the opportunity to read the manga before the anime was aired, so I had a solid idea of what to expect… And the anime did not fulfill my expectations at all.

The main problem most people have with the adaptation is the fact that it just does not do justice to the manga’s carefully crafted fighting scenes. When you read the manga, the art can easily portray the impact of the scenes, the weight of the punches, and all the tension. The pacing and monthly releases only make it better.

In the anime, it just feels like low-quality pictures moving… In a way, it felt like the adaptation did not suit current animation standards. If you struggled to finish the anime series, just like me, try giving the manga a read!

Junji Ito is probably the most famous horror manga author you can find in the whole field. He has created plenty of titles, some being series while others enter the category of one shot, which usually are grouped into collections.

A collection of his stories was adapted into an anime that is now known as Junji Ito Collection, and this adaptation disappointed many of his fans, yet, in this case, it was mostly because of specific things outside of the quality of the animation itself.

You see, horror as portrayed by Junji Ito’s hand is considerably difficult to represent in anime format, especially considering that Japan has many laws involving animation that pretty much forbid a proper interpretation of his work. Of course, some of his short stories were adapted decently, but a lot of them were not, lacking the impact of their original format.

As mentioned earlier, anime and manga fans hate when series go differently from how they were initially presented… And Akame Ga Kill was another case where the story was changed in its adaptation.

Not only does the anime adaptation completely remove an arc that was presented in the manga, but it also literally changes the whole ending. And not to spoil anything… The ending in the anime was completely different from the one from the manga, to the point of changing the lives of many characters that were introduced in the story!

Another thing to add is that the anime felt like a diluted version of the manga, not fully showcasing the evilness and viciousness exercised by the empire, which is a pretty important part of the premise, as it involves the very reason why the main characters do what they do in the first place. Overall, I was completely disappointed with the anime and always recommend reading the manga instead!

I’ll be completely straightforward with this and say that the main reason why The Seven Deadly Sins and its anime adaptation was hated by many, was because its animation turned into one of the most mediocre examples of an attempt to adapt a series.

Just like many others, the series does a good job at the beginning of the story, showcasing a lot of fighting scenes that were pleasing to the eye. However, as the story goes on, things go south, with its anime adaptation being one of the most infamous jokes inside of the community.

The series could have been much different if the animators had the time to do their magic just like in the earlier seasons, but sadly, that was not the case…

Soul Eater’s case is not as bad as the other titles on this list. The anime adaptation was actually pretty good, and the series kept some level of consistency in terms of quality. I can even say that anime is one of my favorites of all time!

However, it committed a sin that many cannot forgive… Changing many, many things of the series, including its ending! This, of course, didn’t sit well with Soul Eater’s fans, and although I was somewhat happy with the anime adaptation, I can also agree that the manga is definitely better than the anime adaptation, mainly because of how characters, enemies, and abilities are developed.

If you, by any chance, watched the anime without reading the manga, I would recommend giving the manga a chance!

Similarly to Soul Eater, but to a less grave extent, Black Butler’s anime adaptation took some deviations from the original plot, which made things somewhat confusing to its original fans. Chronologically speaking, the manga does a better job of pacing the story, though.

Even then, some of the fans, me included, appreciate the job put into the anime adaptation, categorizing each piece of work as an independent title separated from one another. I would recommend reading the manga first, then, if you are interested, you can give the anime a chance, and enjoy the differences between one another!

The world of manga is unique on its own, and sadly, manga adaptations are often WAY better than anime adaptions. If you enjoy reading manga, and you want to get the most out of the titles shown on this list, I absolutely recommend checking their manga instead, mainly because they do a better job in terms of quality!

This is even more palpable for the first 5 titles I covered since those are the ones that suffered the most with their anime adaptations if you compare them to how incredible the original works are.

For my last advice, I implore you to give Berserk a try if you haven’t! As one of the masterpieces of the manga world, I believe every manga enthusiast should give it a try, even if it seems intimidating at first. You won’t regret it at all, that I can guarantee you! 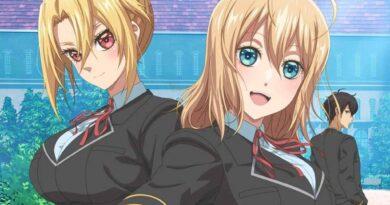