Do you believe in zombies? No matter what your answer is, the anime industry really believes in it. As for now, they have created all kinds of awesome zombie anime shows. Through this article, I am gonna prove how anime creators truly want a zombie outbreak in the world. 😀 And if you don’t want proof because you already believe that and wish to watch a good zombie anime in your free time then keep reading through this article I am also going to recommend you some of the best zombie anime that will make your day.

One day, a high school boy named Ayumu Aikawa was murdered while investigating a dubious house. Nevertheless, soon he is resurrected as a zombie by a mysterious girl named Eucliwood Hellscythe. She claims that she is a necromancer who revives him not as a human but as an immortal zombie.

Now, making full use of his new life while searching for the person who killed him, he comes around a girl named Haruna. He watches her fight against a bear and after defeating the bear, Haruna tries to erase Ayumu’s memory but fails to do so. Instead, she accidentally gives Ayumus all of her powers. Unable to regain her powers, she orders Ayumu to take up her role of hunting strange creatures known as “Megalo,” monsters that roam the human world and terrorize the populace.

Based on a manga written by Kouta Hirano, the story revolves around an organization named Hellsing. Its sole purpose is killing supernatural creatures known as zombies.

This organization is currently operated by Sir Integra Fairbrook Wingates Hellsing, who possessed Hellsing’s leadership as a child after her father’s death. She intends to end all of this by using her most valuable asset, a powerful vampire named Alucard. Alucard, a vampire himself, is the best agent in the organization armed only with a single handgun who reports and listens to Integra Hellsing herself.

Overall, Hellsing is an interesting zombie anime worth watching with a good amount of action scenes and plot twists.

The story of the anime revolves around Chihiro Furuya, a boy who has a keen interest in zombies and wishes to have an undead girlfriend. When his cat named Babu dies, he decides to revive it with the help of an old manuscript that explains the steps of producing a resurrection potion.

At this time, Chihiro comes across a girl named Rea Sanka, who was shouting into an old well concerning her overbearing life.

Rea convinced Chihiro on his path to make a resurrection potion in order to revive his cat. Unaware of the fact of the potion’s success Rea drinks it in order to commit suicide thinking that the potion will kill her but the potion doesn’t show any effect at that time.

One day after arguing with her father when Rea falls from a cliff and dies, the potion starts to show its effect and bring her back to life but not as a human but as a zombie.

Different from other zombie anime, the plot of Sankarea: Undying Love is not as action-oriented as other zombie shows. Instead, it chose a romantic approach. With a fitting combination of comedy and romance, the series is another good zombie anime to watch.

Based on a manga written by Yoshiichi Akahito the story of the anime revolves around a girl named Makina Hoshimura. After being killed, along with her family, Makina Hoshimura transforms into a Shikabane Hime.

Now in order to get entry into heaven and meet her family, she must kill 108 other Shikabane with the help of dual MAC-11 submachine guns she carries with her. At the same time while killing 108 Shikabane she decides to take her revenge by killing seven stars, Shikabane reason behind her family’s massacre.

Corpse Princess is an enjoyable zombie anime and for someone who wants to watch a horror anime with a badass female lead then you shouldn’t miss this one.

Unlike other anime on the list, Grandmaster of Demonic Cultivation is not a Japanese anime but a Chinese anime. And who says Chinese anime are not that good?

The show focuses on Wei Wuxian, one of the most powerful cultivators. However, despite the fact that he is not the kind of guy who will hurt someone for their own gain just because they are strong, many clans dislike him because of his unconventional style of fighting, which completely wipes out the opponent.

One day, he was backstabbed and killed by the same clan he had used to trust most.

After 13 years had passed since his passing, a crazy person offered him his body in exchange for Wei Wuxian’s soul because he had been rejected by everyone and wanted Wuxian to exact revenge on them.

Upon his revival, he meets a friend from his previous life named Lan Wangji who is unaware that the person standing in front of him is none other than Wei Wuxian himself.

There are many questions you want to know the answer to, such as: What made him the most hated person? Why the clan he trusted most is the reason behind his death? Who was the main culprit behind his death?

The anime is such a masterpiece, but as it doesn’t belong to Japan, many fans don’t know about it. Therefore, it doesn’t get the recognition it deserves. One thing is for sure: it is one of the worthy anime to make a place for itself on the list of best zombie anime.

The story of the anime revolves around a schoolgirl named Yuki Takeya, who is a member of the Megurigaoka Private High School’s School Living Club alongside her three friends, Kurumi Ebisuzawa, Yūri Wakasa, and Miki Naoki.

There exist one strange rule that club members have to follow—they must spend their entire lives on school grounds.

They use to enjoy themselves a lot with the other members of the group until one day they eventually find out that these 4 are the only living being in the entire school outrun by zombies. Now they have to digest this horrific reality and at the same time have to survive.

At first glance, it is hard to believe that it can be a zombie anime as the animation used in this anime is far from the animation and art typically used in darker shows. If you have ever heard the phrase “Never judge a book by its cover”, then you can understand the true meaning behind my words.

As it contains only 12 episodes and combines comedy and a dark plot, it definitely deserves a place on the list of best zombie anime.

4. Kabaneri of the Iron Fortress

Wanna watch something similar to Attack on Titan, here we go, as the plot of this anime is comparable to one of the best anime ever produced in anime industry history (AoT).

The story of the series is set up in the time of the industrial revolution when suddenly an unknown virus spreads and starts to transform normal humans into the unknown bloodthirsty creatures known as Kanabe, who feeds on the flesh of humans. There is only one way to kill them and that is by destroying their steel-coated heart, protected by the number of layers. Nevertheless, if you failed to do so and in return bitten by them then only a fate worse than death awaits you as you will become one of them.

Is anyone here like betrayal stories? If something like someone’s best friend betrayed him for his own motive then this anime is especially for you.

The story of the anime revolves around Brandon Heat who is betrayed and killed by none other than his best friend.

13 years later after his death, he is resurrected as Beyond The Grave through the use of necrolyzation and embarks on a quest for vengeance against the crime syndicate.

Gungrave’s story is very compelling and engaging, and it is presented in such a way that it not only provides good character development but also makes you feel bad for the characters hence all the good aspect of this anime makes it interesting zombie anime for every anime fan out there.

2. High School of the Dead

One day, Japan is suddenly struck by a zombie outbreak and zombies start to attack the whole country.

In between all of this, the story of the show revolves around a group from high school and the school nurse as they are trying their best in order to survive in a world plagued by these creatures who are killing humans and also converting them into zombies.

Beginning with high school, the students try to escape to town, where they confront a corrupt teacher and his students. They start looking at their homes in order to find survivors and rescue a young girl and a dog. Now the only threat is not zombies but also other humans as they are also ready to do everything for their survival even if it means sacrificing others.

Believe me if still haven’t watched this anime till now then you are missing a great zombie anime to watch and as it contains only 12 episodes you can also binge-watch it in one sitting.

Here comes out list topper and the best anime you can ever watch.

The story of Tokyo Ghoul is set up in an alternative world where creatures known as ghouls and humans live together. Ghouls are creatures who look exactly like a human but unlike humans, they don’t eat normal food but feed on human flesh itself.

One day, an ordinary boy named Kaneki has a date with a beautiful girl, but the thing he doesn’t is that the girl he thought was a beautiful human isn’t even a human but a ghoul. During their date, she suddenly attacks Kaneki in order to kill and eat him. He somehow survives the attack but is severely injured.

When he opens his eyes after the life-saving surgery, he isn’t ready to accept the fact of what happened to him as he is unable to eat normal food, which simply means he transforms into the creature he hated most, a ghoul.

Now he has to confront his new harsh reality, adjust to his new life, and like other ghouls have to feed on human flesh.

Tokyo Ghoul is a true masterpiece in the anime industry with the combination of everything an anime fan wants in an anime let it be action, drama, or emotions the plot is also marvelous. Most of the people reading this list may be already had watched this and if not then maybe heard of it but if you don’t belong to any of these categories then maybe you are a newcomer to this anime industry or maybe someone not from this planet ( someone who has come here recently and wishes to watch something great ).

With this, I end the list of the best zombie an anime fan must watch. I hope you will enjoy every anime suggested on the list, and if you thought that we had missed your favorite anime then don’t forget to share them with us via the comment section, also share your opinions about our list.

At Animesecure, we provide you anything related to the anime, let it be the best recommendations or similar anime of the one you enjoy.

If you are also part of the otaku community and wish to know more about anime, you are welcome at animesecure.com 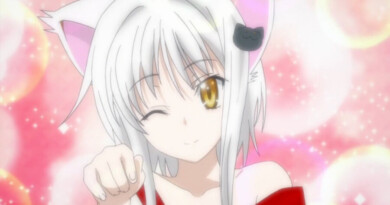 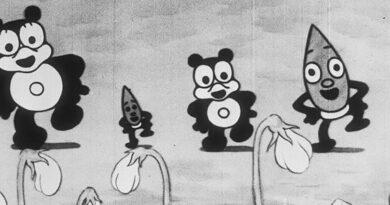 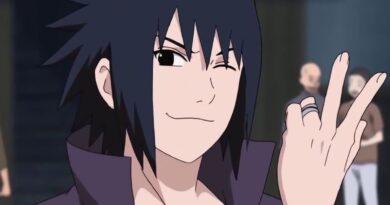