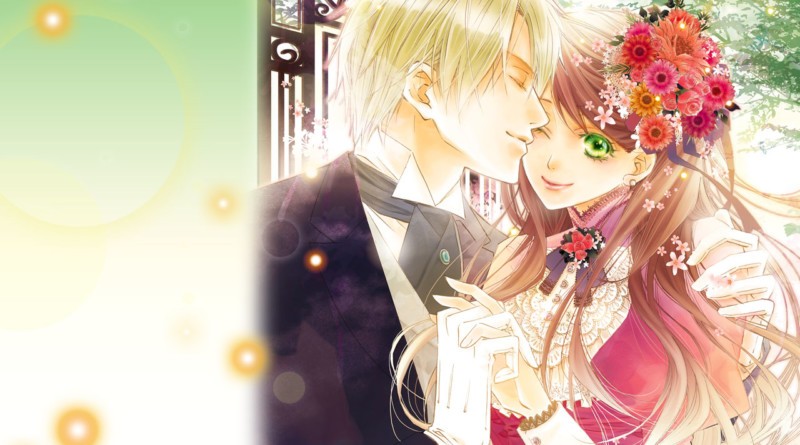 Hakushaku to Yousei, or Earl and Fairy, is an anime adaptation of a light novel written by Mizue Tani which aired in 2008.

This anime is one of the hidden gems I always love to come back to because it has romance in the purest form and is very fun to watch.

I hope that some anime matching the standards from Hakushaku to Yousei will air soon so I can get the “uwu atmosphere” back.

The story follows Lydia Carlton, a fairy doctor in Scotland with a special ability to see and communicate with fairies. The only problem? No one believes her.

Check out Earl And Fairy on Amazon

These are the 7 most similar anime to Hakushaku to Yousei.

Both anime are shoujo with supernatural elements, romantic scenes, and similar drawings, including a male lead who is protecting the female main character.

Check out Vampire Knight on Amazon

The story revolves around magical-romantic adventures of a group of youkai maidens and teen soldiers who need to learn how to cooperate if they want to solve paranormal cases.

Only Bishounen Boys With Otome Youkai Zakuro on Amazon

Both these anime are set in history with a touch of magic, love and out-of-the-ordinary. The recurring theme is nobles.

Juliet, the true heir to the throne, fights for commoner’s rights disguised as the infamous Red Whirlwind, mimicking a look of a boy. During one of her adventures, she meets the selfless and kind son of Montague’s family, Romeo Candorebanto Montague and the two fall in love at first sight without knowledge of each other’s background.

Kaichou wa-Maid sama! and Hakushaku to Yousei share a lot of similarities in the characters and their chemistry. The male protagonists are mysterious, charming, and clearly with wealthy family backgrounds, interested in the female lead. The female main characters are independent, smart girls with trust issues.

Both series also have a lot of light comedy and romance.

Both anime have an exquisite aristocratic atmosphere with a male protagonist who is a blonde bishounen with some connection to the supernatural female lead.

Oz Vessalius, one of the Heirs of the Four Dukedoms, has just turned fifteen. His life is rich and carefree, darkened only by the constant absence of his father. At his coming-of-age ceremony, however, everything changes. For no reason that he can discern, he is cast into the prison known as the “Abyss,” only to be saved by a “chain” known as Alice, the Bloodstained Black Rabbit or B-Rabbit for short.

The mystery begins there as Oz unravels the mystery behind Alice, the Abyss and the strange organization known as Pandora. The series features heavy references to Lewis Carroll’s Alice’s Adventures in Wonderland and Through the Looking-Glass and can be considered both fantasy and mystery.

Check out Pandora Hearts on Amazon

Both are centered in England and revolve around British folklore, with a female protagonist who is perceived as weird because of her rare abilities that allow her to connect to creatures others can’t see. The male protagonists of these anime have a clear romantic interest in the female main character.

Chise Hatori reaches the point of desperation which one has problems understanding – she decides to sell herself at an auction to acquire a new place to call home.

She is sold for five million pounds to Elias Ainsworth, a magus with the appearance of humanoid with an animal skull for a head who takes her into Britain, her new home to become his apprentice and eventually bride.

Will Chise find her happiness there?

Max Out Your Fantasy Collection With The Ancient Magus’ Bride, Click Here for Amazon!

Both anime share the same genres (Comedy, Adventure, Fantasy) with a strong female lead with a special power, aiming to achieve her goals while being accompanied by strong and good-looking males.

With these words, Rahzel, the daughter of a rich family, is kicked out of her house and sent on her journey. Along the way she meets up with Heat and Alzeid, two men with very different personalities but very similar journeys. Rahzel is a clever, stubborn, and confident girl, who, with the powers of her magic and mind helps the people she runs into on her journey to discover the world.