Brown eyes are my favorite kind of eyes (despite having green eyes). Many fan-favorite anime characters are actually anime girls with brown eyes.

Brown is the most common eye color. Between 55 and 79 percent of people worldwide have brown eyes. Dark brown eyes are most common in Africa, East Asia, and Southeast Asia, while light brown eyes can be found in West Asia, Europe, and America. People with brown eyes are believed to be independent, self-confident, determined, sympathetic, and willing to help others.

In anime, I noticed that many characters have blue eyes but when it comes to brown eyes it was (oddly) not as common as I had previously believed.

I also noticed that there are many anime characters with golden brown or amber-brown eyes in anime and I honestly didn’t know if it was 100% legit to include them here but I did it anyway. By the way, check out this list of brown-haired anime cuties too!

This list was created according to MAL since I wanted to include the most popular brown-eyed beauties here. C.C. from Code Geass was skipped because her eyes are purely golden with no brown tint (correct me if you think it’s untrue, I am actually curious).

Here are the 20 Best Anime Girls With Brown Eyes!

Misaki is a very hardworking and independent young girl. Since her family is in debt, she enrolled at an inexpensive high school, Seika, and works part-time as a maid in a maid café—unknowingly to her classmates. She becomes the first female president at Seika thanks to her constant diligence.

I remember being motivated by watching her work endlessly, studying at night, and even taking on others’ work. If you lack motivation, just watch Maid sama! and you will get motivated to work hard on your dreams, studies, work… you name it! Misaki, you rock!

You see the resemblance to Sadako Yamamura, right? Even the names are similar!

While her looks might creep you out a bit, she is a kind-hearted and honest girl who wants to make friends like any other ordinary high schooler. Unfortunately, her classmates find her scary and mistake her timid and sweet demeanor for malicious intent.

Don’t worry, though! Things will change once she befriends the most popular boy in her class.

Shinoa has a sarcastic and stoic attitude which might annoy you a bit. She also loves to tease others in a playful way.

She is a leader of the Shinoa Squad, which is a part of the Japanese Imperial Demon Army. As a leader, she keeps her calm and sticks to a strategic approach. Shinoa never truly cared about anyone until her current squad was formed.

Mitsuha is a 17-year-old girl living in the rural town of Itomori who yearns for a life in Tokyo. She has a natural shade of brown compared to the other anime girls with brown eyes on this list.

When it comes to her personality, she is a caring, kind, determined, and adventurous girl who just wishes to explore the world outside of her hometown.

This blonde-haired beauty is a member and a wizard of the famous guild called Fairy Tail, the strongest Guild in the Kingdom of Fiore.

She is a compassionate, caring, and sweet girl who is quite confident in her looks (no wonder, she is adorable). She gives her all for the sake of her guild and friends.

Lucy would be a full-time blogger in our world but in the Fairy Tail Universe, she is in the process of writing her own novel about her adventures with Fairy Tail.

Kyokou is considered a popular and carefree girl at school. However, she is completely different from her normal “home state”. She works hard to ensure that her little brother is taken care of in place of her always-absent parents. This causes her to not have any time for the usual fun-filled social life of normal teens.

She seems to be a masochist but only when it comes to her boyfriend. She sometimes enjoys being shouted at and (gently) hit by him.

Read also: 8 Anime to Watch if You Like Horimiya

Kosaki is a thoughtful and good-hearted girl who is incredibly easygoing and popular at school.

She is the caring waifu type who would make sure to always help you out when you need her & take care of you in case of sickness.

Mirai is the sole survivor of a Spirit World Warrior-clan with the ability to manipulate their own blood. She was adopted but kept in isolation because of her powers.

Since most Spirit World Warriors slay Youmu (strange hostile creatures) to make money, it’s expected that she should do this too to make ends meet. However, she is very fearful of encountering a Youmu and rather spends time writing blog posts about bonsai trees.

Sasha is a member of the Survey Corps, the branch of the Military most actively involved in direct Titan combat, Titan study, human expansion, and outside exploration.

She is a friendly, lively girl who speaks in a really annoying polite manner.

The first thing that struck me when I saw her enjoying her stolen potato during the training was that she is similar to me—I’m also a compulsive eater, usually eating when feeling stressed.

She seems to experience the greatest joy while eating delicious food, which is probably caused by her past experiences in her village where she had to hunt and find food in order to survive.

Yuki Nagato is a humanoid interface with the appearance of an ordinary North High student. She is also a member of an unofficial school club called the SOS Brigade, which has multiple abnormal members.

Since she is an alien, she has trouble conveying emotions despite having a considerably good understanding of what other people feel.

As she participates in the SOS Brigade, she slowly starts to understand what it means to be a human.

If you want to rent a girlfriend, she should be your first choice. She can truly deliver what would one consider a lovely girlfriend experience—holding hands, laughing at your jokes, and being extremely sweet.

Himeko is calm and logical, but she’s also rather blunt and socially awkward. While other anime girls with brown eyes are all gorgeous in their own way, she is probably the only character with uniquely chocolate eyes on this list.

She found her first genuine friends after The Student Cultural Society school club was formed. Himeko is its vice president. While they are supposed to study various cultures, they usually spend time goofing around.

Despite her hard shell and frequent usage of foul language, she is very considerate of her friends and will do everything in her strength to keep the group together.

Nagisa would be my best friend if she existed in reality.

While her body is extremely frail, she is not bitter at all, quite the opposite, really! She is a bit bashful but she is always sweet to others—even strangers.

She is the navigator of a popular pirate crew called Straw Hat Pirates. She could be described as cunning, smart, and loyal to her friends. Her dream is to make a map of the entire world (good luck, Nami!).

Nishimiya is a deaf girl who doesn’t let her disability define her. Despite struggling with bullying and having no friends, she still continues to try her best.

She is able to forgive those who wronged her and is a really sweet person who doesn’t hold any grudges despite the horrible treatment she received in the past.

Honestly, she made me cry. I won’t spoil but her story is very touching and it shows her struggles with depression and suicidal thoughts.

Are you an ordinary human? Well, bad luck! Haruhi has no interest in those. Everything ordinary makes her bored to death!

She is completely driven by her desire to live an extraordinary life. Excelling both in athletics and academics, she created the SOS Brigade to entertain herself. The SOS Brigade is an unofficial school club that is filled with abnormal people. Ironically, she doesn’t realize this and she also has subconscious reality-altering powers of which she has no knowledge.

Mikoto has always been among my top anime characters. The reason why I adore her so much is that she always protects those who are in need without hesitation, risking her own life for the sake of others. And did I forget to say that she is a tsundere?

She is also the third strongest Esper (an Esper is someone who has artificial superpowers) & the strongest Electromaster.

Erza is one of the most powerful mages in the series.

She is confident, strong, strict, and extremely caring. She is a dominant type of person who often scolds others for their bad behavior, which is usually something Natsu or Gray do, like when they fight each other and make a lot of mess. Despite that, they all love each other as if they were siblings, and both Natsu and Gray have utter respect for Erza, both as a person and a mage.

Since she is so powerful and independent, she is the one who protects and leads others. She has shown many times that she is capable of holding her own in battle against immensely powerful opponents, which makes her stand out from the ‘Please save me, I am just a useless cute anime girl” trope. She is a natural-born leader and even became the seventh guild master during the Alveraz arc.

Erza is a good example of a perfect waifu. She is feminine, protective, and has always shown loyalty towards her friends, enduring even torture in order to protect her dear comrades.

Let me tell you one thing—you don’t want to have this girl as an enemy. Revy is ruthless, sadistic, and quick-tempered and doesn’t hesitate to kill people—even unarmed civilians—with no remorse.

A formidable ally and an extremely dangerous enemy.

The 2nd place is reserved for one of the best waifus out there called Asuna Yuuki.

She looks like a princess but she is also skilled in combat—her skills with the rapier earned her the nickname “The Flash”.

Apart from that, she is a really kind-hearted, loyal, and loving girl once she warms up to someone.

The princess of the anime girls with brown eyes is the #1 fan-favorite Palmtop Tiger.

While she might look like a kawaii loli that should be petted, she is a tsundere so I would not risk it if I were you!

In the end, she manages to escape the tsundere jail and becomes the real sweet Taiga who was hidden deep inside. 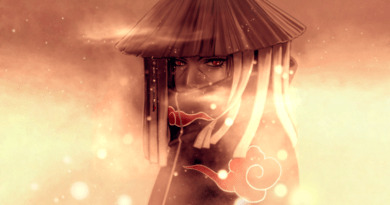 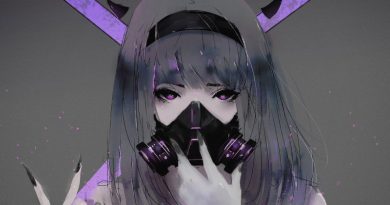 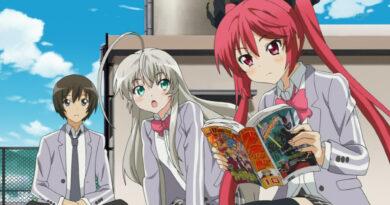