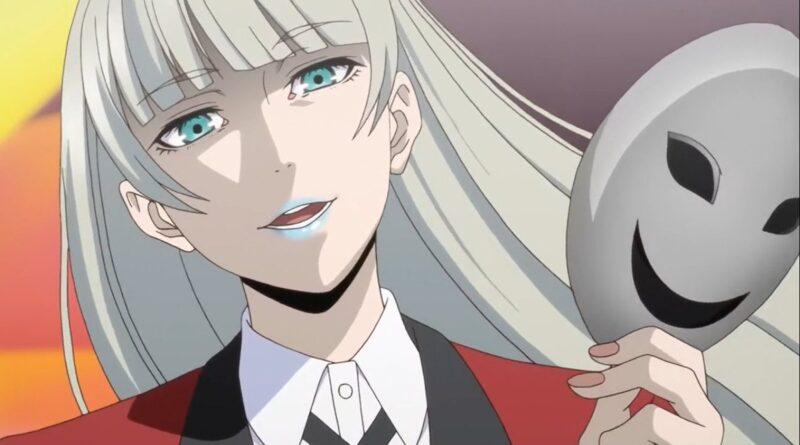 I don’t know about you but I actually couldn’t think of many anime ladies who wear masks. It was easy to think about anime males who are frequently spotted wearing masks. But with anime girls, it was a challenge!

I can say for sure that the most memorable mask wearers are for the most part males. Think of Kakashi, Lelouch, or Kaneki. And I can go on like this for quite a while.

I certainly took my time to find anime girls who wear masks and if I forgot any good ones let me know down in the comments!

Without further ado, I present you The 11 Iconic Anime Girls Who Wear Masks!

Ulla is a 15-year-old princess of Ortus, the city where a million dead live.

This ‘Idol of Murder’ is actually a soft-hearted and playful girl.

Unfortunately, Ulla has a unique gift from God, which is that with any glance or touch she kills the living, transforming it into the dead. Even her voice is able to kill the one who hears it. She is capable of emitting some sort of energy that can kill the living even if they are meters away. This is the reason why she wears a mask that covers her eyes.

Eagle Marin is a female Silver Saint of the Aquila constellation.

She is also Seiya’s mentor, calm and collected with great clairvoyance powers.

Eagle Marin is on a quest to find her long-lost brother that she believes is still alive.

Yayoi is a smiling mask controlled by the major antagonist of the series. She is also his right hand and since she has such a strong bond with him, she is able to be in a prolonged state without the mask on.

When it comes to her personality, she is a pure sadist.

Makomo is that type of a girl you wish were your little sister or at least a good friend.

She is a kind-hearted and sweet girl who will not hesitate to help you out when you need it.

Despite looking so casual in her normal outfit, Gin is actually a is member of an underground criminal organization.

This dark-haired beauty operates as one of Black Lizard’s commanders, and rightfully. Since she is a very stealthy and quiet person, it makes her a perfect fit for an assassin who can quickly ambush anyone.

Akiza, also known as the Black Rose, is one of the Signers. Signers are the only group that can summon the legendary Crimson Dragon, the embodiment of the red star.

While she might look like an average teen human girl, she possesses an extremely powerful special Psychic ability that enables her to materialize and bring to life monsters and the effects of Duel Monsters cards.

In the beginning, everyone viewed Akiza as a monster. This treatment caused her to develop deep hatred towards the world. Luckily, her views start to change after she meets Yusei, who is also a Signer.

This small cutie is a school idol & a first-year at Nijigasaki High School. She is also the member of a sub-unit called QU4RTZ.

The reason behind her ‘mask’ is interesting. Since she is not good at conveying emotions on her face, she wears the “Rina-chan Board” on her face.

Ririka is the Vice President of the Student Council at Hyakkaou Private Academy.

She appears as a stoic and quiet person at first glance and is very shy and socially awkward without her mask on. Apart from that, she is quite a skilled gambler.

The real reason behind her mask is sad, though. She got abused by her family mentally, forced to follow her twin sister in silence, and while wearing a mask because her family “erased” her entire existence. She eventually learned to mimic her twin sister so perfectly that no one could tell them apart, even during family meetings.

Shizue, also known as “Conqueror Of Flames”, was the companion of the previous Hero in this isekai series.

She was a friendly and good-natured A+ ranked adventurer and also a teacher of Otherworlder students.

Shizue was the type of person who is very protective of people she cares about.

The #2 on this list is technically wearing a helmet but I mean… there is no harm including her here, right? 🙂 It counts!

Celty is an Irish fairy called a Dullahan who came to Japan looking for her stolen head. Yes, that’s right, this headless raider has literally no head under the helmet!

Ironically, she is one of the most normal and down-to-earth characters compared to most of the other cast in Durarara!!

Touka is a second-year student at Kiyomi High School, a part-time waitress at Anteiku and a ghoul.

Although she can be ruthless, she has all qualities a good waifu should have—she is kind, loyal and extremely protective of those that are dear to her.

She wears a cartoon rabbit mask while hunting, earning her the alias Rabbit. 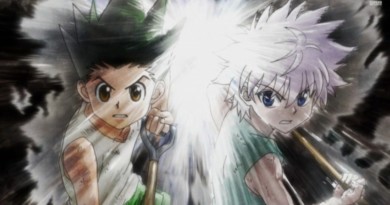 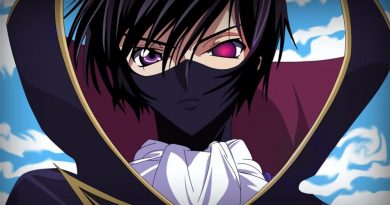 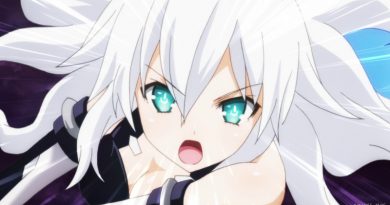 5 thoughts on “The 11 Iconic Anime Girls Who Wear Masks”