Fans flock to anime for various reasons. Maybe the story resonates or the artwork is exceptional? Whatever your reason, most anime fans would agree that character development and design top their list of reasons to appreciate anime. The diverse catalog of characters makes the selection of ten or so favorites a difficult undertaking. Over the past couple of weeks, a lot of care went into identifying and assembling entries. The result is an evenly balanced catalog of anime personalities who, according to their creators, have a birthday in September.

Reading this post, please comment below if I overlooked one of your favorites. There are hundreds of anime and manga characters so I am really interested in hearing from you.

A member of Pasione gang, Bruno Bucciarati is a major supporting character in part five of JoJo’s Bizarre Adventure saga. His journey to identify Leaky-Eye Luca’s attacker set him on a path with the narrative’s protagonist.

Bruno or ‘Brown Sugar’ is a member of the powerful Neapolitan crime family. Despite his criminal ties, Bucciarati is an honorable man who prizes righteousness over thuggery. So much so, he is willing to lay down his own life to do what is right. A Stand User, he wields Sticky Fingers to unzip and zip portals to transport from location to location. Bruno can also set ermine if someone is lying based on how much they perspire. This capability leads him to assist the story’s central character, Giorno Giovanna.

JoJo’s Bizarre Adventure epic storytelling is popular with the anime community. Hirohiko Araki’s writing and illustrative work are a huge reason behind the series success. His creative skills and our love of JoJo have given us our first entry for our favorite anime character with a birthday in September.

Yami Sukehiro is the unorthodox Captain of the Black Bulls. A black magic user, he is a powerful swordsman and well-respected Magic Knight.

A shipwrecked fisherman, the young Yami came to observed disparities in the Clover Kingdom. He would take up a life of a petty criminal until a chance meeting with the Grey Deer’s captain. Julius Novachrono convinced the young man to become a Magic Knight. Yami’s abilities and loyalty to the Clover Kingdom’s people caused the Wizard King to make him captain of the newly formed Black Bulls. His band of loyal misfits is the physical manifestation of Yami’s philosophy to always strive to better oneself.

Yami Sukehiro is a popular character in the Black Clover universe. His unruly personality, eccentric leadership, and over-powered abilities make him a favorite among fans. A compelling character, the Destruction God is our tenth best anime character with a birthday in September.

The Witch of Glaciation, Emilia is the Half-Elf female protagonist in the anime series. Her abilities include using fire magic and the spirit arts of water, wind, and earth.

Raised by her aunt, Emilia grew up isolated from others in the elfin village. Lonely, the young girl learned how to summon Lesser Spirits or “fairies” to play with her. The Witch of Vainglory would come after Emilia because of her abilities, which resulted in her aunt’s death. This event caused the Half-Elf to annihilate the Witch before freezing herself and the Elior Forest under a blanket of ice. After seven years in hibernation, Emilia would thaw out and meet Puck. The pair would come under the care of Roswaal L. Mathers, who supports her candidacy to become the 42nd King of the Dragon Kingdom of Lugnica.

Tappei Nagatsuki has gone on record to state that Emilia is one of the reasons behind the creation of Re: Zero. He also dislikes ranking his characters but thinks Emilia rates above all other Re: Zero personalities. Based on the numbers, Re: Zero’s creator along with the fans have spoken to identify Emilia as a favorite anime character with a birthday in September.

Ino Yamanaka is a remarkable kunoichi, whose nin abilities include medicine and healing. Her aptitude for sensing earned her the position as head of the Konoha Barrier Team.

Ino is the only child of Inoichi Yamanaka and an unnamed mother. Her confident and frank persona sometimes lends itself to lambasting others for the smallest of transgressions. Overall, Ino’s skills and honesty inspire her clan and village. She completed 40 missions, with a majority occurring while Ino was D-ranked. In her spare time, Ino helps to run the clan’s floral shop. Ino would go on to Sai Yamanaka and have a son, Inojin Yamanka.

Ino Yamanka is a popular supporting character within the Naruto franchise. A prickly shōnen warrior, Ino’s endearing qualities make her one of our favorite anime characters born in September.

With an anime spanning over a century, Joseph Joestar is the story’s second prominently featured JoJo and is significant to the narrative’s underpinning.  He has taken on nosferatu, Pillar Men, and other Stand users throughout his life.

A brawler with a short fuse, this young man was no stranger to the juvenile justice system. His “Uncle” Speedwagon’s disappearance sets Joseph on the path to becoming a powerful Stand user. He marries Suzi Q and the couple’s daughter gives birth to their grandson, Jotaro Kujo. He is also the father of Josuke Higashikata. Due to a fight with Kars, JoJo wears a prosthetic hand that serves as a running gag during the Stardust Crusader’s storyline.

The Old Man, referenced by Jotaro Kujo, is a popular character, with both anime and manga fans. His development from compulsive teen to mature adult gives us hope that we can all grow up. An overall fun character, Joseph Joestar is one of our best personalities in anime for September.

Momo Yaoyorozu is the full-figured, Vice President of Class 1-A at U.A. High School.  A highly intelligent young woman, her powerful Meta abilities were rated first place on the Class 1-A Quirk Apprehension Test.

The ‘Everything Hero: Creati”, Momo’s Creation Quirk converts her fat cells to produce non-living objects from her skin. The successful creation of an item requires constant eating to replenish the expelled fat and to understand an object’s molecular structure. Combining her Quirk abilities with bukijutsu techniques, Momo becomes an unstoppable force of nature. She is also a capable educator who tutors her classmates and demonstrates proficiency at playing keyboard instruments.

Momo Yaoyorozu is an overpowered warrior but an inexperienced hero-trainee. These attributes give us a character struggling to define their place in life, both hero and personal. Her struggles make our hero a great female character, who definitely earns their spot on the best anime personality with a birthday in September countdown.

An expert swordsman, Rangiku Matsumoto is the 10th Division’s lieutenant. She is someone who has a tendency to skip out on her duties in favor of drinking and lounging around headquarters.

The series gives little insight into Rangiku’s family or past prior to Gin Ichimaru saving her from starvation. His rescue would come to serve as her celebrated birthday. Rangiku would attend and graduate Shin’ō Academy before joining the Seireitei’s mission to provide hollows peace in the afterlife. A beautiful and flirtatious individual, she takes pleasure in teasing Captain Tōshirō Hitsugaya and the other males in her life. With her Zanpakutō Haineko, Rangiku is all business when the chips are down.

The beautiful, curvaceous, overpowered warrior-woman trope is a staple in shōnen anime. Unlike her shōnen peers, Rangiku Matsumoto’s tragic backstory is a footnote within her character arc and never gets in the way of defining her values. Her intelligence, skills, and seductive personality converge to make Rangiku one of our top picks for September.

As a younger brother, Kei idolized his older brother and the image of the brother’s volleyball abilities. This perspective would change upon learning that his brother lied about being Karasuno’s ace player. His brother’s betrayal would cause Kei to adopt a contrarian perspective toward the sport. His fellow first-year teammate’s spirit would Tsukki’s love of volleyball. Kei’s game sense and tempered play prove valuable to the Crows court strategy.

Wedded to a conceited persona, Kei Tsukishima comes to demonstrate that he cares for his brother and fellow teammates. The internal struggle with life’s disappointments often serves as a catalyst for a character’s transition into a hero or villain. Fortunately, Kei Tsukishima struggles and conquers his demons to become a prized member of the High School volleyball team.

Misaki Ayuzawa is Seika High School’s Student Council President and the narrative’s protagonist. Hardworking, she prioritizes the needs of others over her own interests.

A helpful young girl, Misaki’s optimistic and gentle demeanor would change following her dad’s abandonment of the family. His departure left the family with a huge debt, causing Misaki to grow up quickly to assist her mother and younger sister. Her teen life centered on academics, family, and work until encountering Takumi Usui. Their relationship leads Misaki to find balance in her life and trust in others.

In 2010, fans identified Misaki as the sexiest woman in anime. Along with Takumi, she would also covet the title as anime’s sexiest couple. Eleven years following her debut, Misaki Ayuzawa continues to maintain a loyal following that counts her among their favorite anime characters.

A VRMMORPG gamer, Asuna Yuuki is the heroine of the Sword Art Online franchise. Kayaba Akihiko’s software tampering would pit Asuna and thousands of gamers against one another in a bit to escape.

Asuna is the youngest child of RECT Progress’ former CEO, Shouzou Yuuki. A solo player at first, she becomes a sub-leader of the floor-clearing Knights of Blood. Her sword skills earned her the nickname “The Flash”. She would eventually fall in love with the story’s protagonist. The pair’s time in Sword Art Online would result in an in-game marriage and the adoption of an in-game daughter, Yui. In real life, Asuna maintains a close relationship with her Sword Art Online community friends.

Sword Art Online has its fair share of detractors. However, the characters seem to generally resonate with anime fans. Asuna Yuuki is one such character that rates highly as both a character and waifu. With no desire to disappoint, Asuna Yuuki is our most popular anime character with a birthday in September.

Fun fact: Asuna is the 2nd most popular anime girl with brown eyes according to MaL. 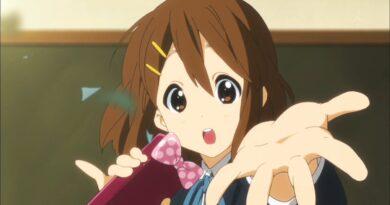 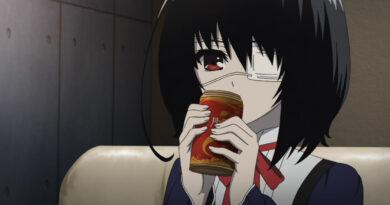 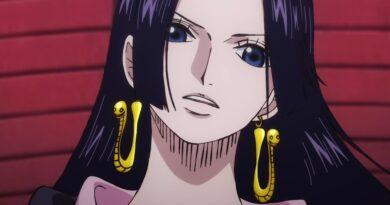