Inu x Boku SS is a Japanese manga series written and illustrated by Cocoa Fujiwara. An anime adaptation by David Production aired in 2012.

It follows the story of Ririchiyo Shirakiin, a rich unsociable young girl who moves into a high-security secluded mansion for half-youkai beings.

Here are the top 7 Anime Like Inu x Boku SS.

Inu x Boku SS & Dantalian no Shoka are both brilliant supernatural TV series that feature a beautiful doll-like tsundere female character and an older handsome blonde male protagonist who acts as a servant.

Hugh Anthony Disward inherits an old mansion and a personal library from his grandfather. In the basement of the mansion, he meets a mysterious girl-Dalian. She is a Dantalian and a gateway to “Dantalian’s bookshelf”, which stores the prohibited books of the demons.

More Dantalian no Shoka to Read and Watch on Amazon

They both deal with the loneliness and social anxiety of the main characters caused by ‘a supernatural family curse’. Despite having a serious undertone sometimes, they are for the majority of the time lighthearted comedies.

Check out Fruits Basket on Amazon

They both feature a heroine that is a tsundere loli and a male protagonist who has a puppy personality. As they rely on their male companions, they grow closer to them.

Gosick is set in a fictional European country in the 1920s.

Kazuya Kujo is a Japanese transfer student to St. Marguerite Academy, a place where urban legends and horror stories are abundant. There he chances upon Victorique, a mysterious and brilliant doll-like girl who spends her days either reading in the library or solving mysterious unsolved cases.

After a series of mysterious events take place, the two start working together on solving them.

Apart from both being lighthearted comedies, the character design heavily resembles the Inu X Boku’s one.

Both have a blonde submissive bishie protagonist who is somewhat ‘obsessed’ with the socially awkward heroine.

Both series are supernatural in their nature and center around half-youkai beings living inside a protected complex with their protectors.

The story revolves around the magical-romantic adventures of a group of youkai maidens and teen soldiers who need to learn how to cooperate if they want to solve paranormal cases.

See the Latest Otome Youkai no Zakuro Products on Amazon

Inu x Boku SS and Kaichou wa-Maid sama! are both awesome romantic comedies with a tsundere high school girl as the heroine of the story.

The male protagonists are both handsome, protective, and have feelings for the female main character even before she realizes that.

Misaki Ayuzawa doesn’t have it easy – she is the first female student council president after her school just transitioned from an all-boys high school to a co-ed one. She might appeal ambitious and well-disciplined at school but also has another side – Misaki works part-time as a maid at a maid café to help her family financially.  Everything seems to be well hidden until one day her whole life turns upside down when some of the school’s students visit the maid café where she works.

Both anime are about a nine-tailed fox servant and a master (the heroine) living in the same place.

The kitsune servant is a handsome white-haired guy who protects the female protagonist, and later love blossoms between the two.

Nanami, the main heroine, becomes a land god after getting kissed on the forehead by a stranger she had saved. To show his gratitude for saving him, he offers her to live in his abandoned home in his place. Since Nanami is homeless due to her father’s debt, she hesitantly accepts. 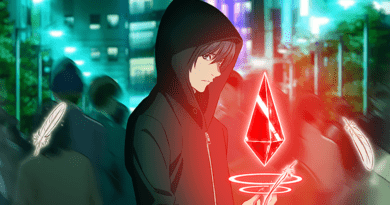 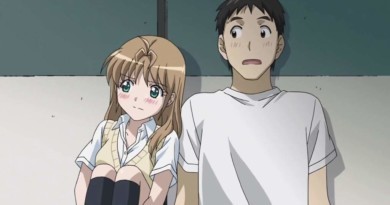 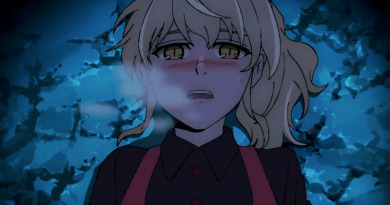