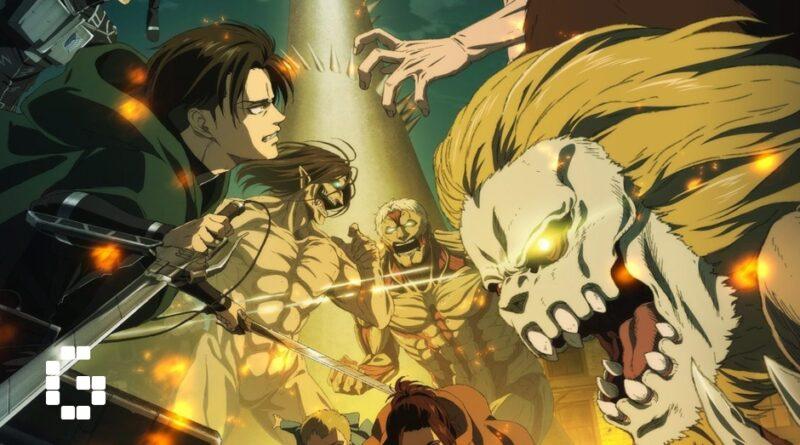 Attack On Titan is widely recognized as one of the most popular and influential anime series. According to MAL, it’s the most popular anime with more than 3,4 million members (people who have watched it). The series has attracted so many fans thanks to its mysterious, action-fueled, and captivating story.

Various anime lists recommend AoT to both anime newbies and veterans because of its versatility. This anime series has the potential to turn even non-anime watchers into weebs.

Overall, the story of Attack on Titan comes down to this: Eren Yaeger’s life turns upside down after the wall protecting his village from Titans, monstrous humanoid creatures, gets breached, causing utter havoc. He loses a close relative in a very gruesome way and witnesses firsthand the atrocious power of Titans.

One of the most underrated shounen, D. Gray-Man is filled with dark themes and plenty of action.

D. Gray-man is set in the 19th century and centers around a young boy called Allen Walker who joins an organization of exorcists, the Black Order. The exorcists use an ancient substance, Innocence, to combat a very powerful but evil man known as the Millenium Earl. His goal is to wipe out humanity for good, and he uses an army of demons for that.

After the Black Order finds out that Allen Walker might be the destined prodigy who is 100% compatible with Innocence, they realize that the ultimate defeat of the Millenium Earl might be finally within reach.

In both series, humans live in fear of supernatural beings who can consume them. An orphaned MC is hell-bent on exterminating the creatures and has a unique power that might be the answer.

Black Bullet is set in a futuristic world where humans live on the brink of extinction. This is due to a parasitic virus called Gastrea, which is turning humans into a Gastrea, altering their DNA and form.

Like in Attack on Titan, the remaining humans are forced to barricade themselves behind a wall/barrier. Unfortunately, this barrier is about to collapse so the only option is to fight them.

5. Seraph of the End

Seraph of the End is another dark anime similar to Attack on Titan.

The protagonist of Seraph of the End is determined to kill all vampires and avenge his deceased family that got killed by them.

In the same vein as Attack on Titan, Tokyo Ghoul is another dark, gory, and suspenseful show that’s worth considering. Like in AoT, there are monsters who consume humans and a special MC who battles a lot of inner conflicts.

Tokyo Ghoul is set in an alternate reality where humans live alongside ghouls.

Ken Kaneki is a college student who ends up heavily injured after being attacked by his date who was—unknowingly to him—a ghoul. Fortunately, he is taken to the hospital in time and undergoes an organ transplant so that he can live. When he gains consciousness again, he slowly realizes that he has become a half-ghoul because he received a ghoul organ transplant. He has to face a new, harsh reality and adapt—that is if he wants to survive in the unrelenting ghoul world.

Prepare yourself for some of the most epic anime battle scenes and great character development.

This dark sci-fi seinen anime has only 12 episodes but that’s more than enough to leave a lasting impression.

The main similarity to Attack on Titan lies in the way how humans live in both series. They live in seclusion and fear because there are more powerful species that threaten their very existence.

The series focuses on the main fighting squad that is determined to defeat their alien foes.

God Eater is cut from the same cloth as Attack on Titan.

We are introduced to a post-apocalyptic era where the reckless MC, like Eren, tries his best to eradicate the monsters that threaten the existence of humanity. The remaining humans are forced to live behind walls and they form squads to fight off enemies, similar to how people live in the AoT Universe.

1. Kabaneri of the Iron Fortress

Fans who appreciate the post-apocalyptic setting of Attack On Titan will very likely love Kabaneri of the Iron Fortress.

The story of the series is set up in the time of the industrial revolution when suddenly an unknown virus spreads and starts to transform the normal humans into the unknown bloodthirsty creatures known as Kanabe, who feeds on the flesh of the humans. There is only one way to kill them and that is by destroying their steel-coated heart, protected by a number of layers. Nevertheless, if you failed to do so and in return bitten by them then only a fate worse than death awaits you as you will become one of them.

Like Eren, the MC is a hot-headed half-human with a ‘kill them all’ mentality and a unique power that helps them fight. Their goals also draw parallels between the series because both deal with killing some sorts of monsters in order to protect people. 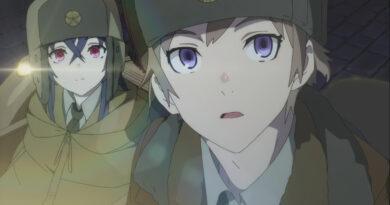