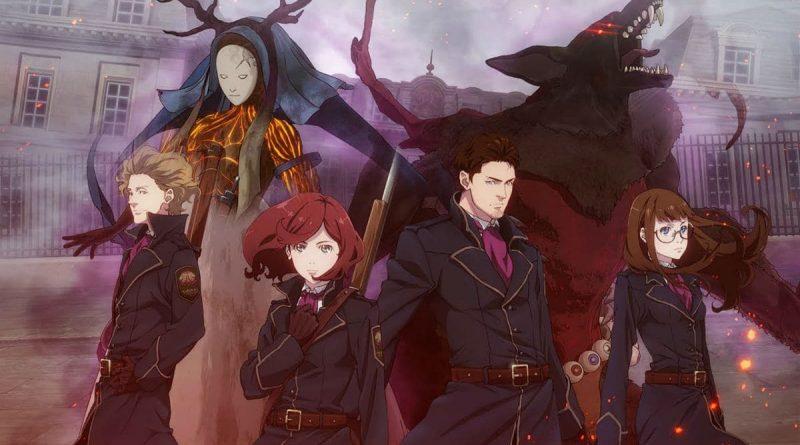 Fairy Gone is a Japanese original anime series produced by a Japanese animation studio called P.A.Works. The series aired from April to December 2019.

In the aftermath of the War of Unification, all the nations of the continent of Eastald are forcefully united under a single ruler. During the war, special soldiers were implanted with fairy organs, allowing them to summon powerful fairies to fight under their command. These soldiers were dubbed “fairy soldiers” and used by all sides. However, nine years after the end of the war, conflict still remains as rogue fairy soldiers and criminals take advantage of the postwar instability. To combat this threat, the government agency Dorothea is formed with the sole purpose of combatting illegal fairy users.

One of Dorothea’s newest recruits, Marlya Noel, teams up with veteran fairy soldier and Dorothea operative Free Underbar in hopes of tracking down her long lost childhood friend Veronica Thorn, who is now an illegal fairy soldier working for an unknown organization looking to recover an artifact dubbed the “Black Fairy Tome”.

She is recruited by the Fairy regulatory Dorothea (similar to cops).

Marlya has a kind and sweet personality who makes it her mission to find her childhood friend.

Veronica is a beautiful young woman with long blonde hair and blue eyes.

She made it her aim to exact revenge on Ray Dawn – the general who is responsible for burning down her village even if she dies in the process.

She has a cold-hearted personality since she witnessed the burning of her village and often is stoic in her expression.

Marlya & Veronica are the sole survivors of their village which was burned down during the war. Both are able to summon fairies in battle without undergoing any surgeries because of their home heritage and their interactions form the crux of the story.

He is a deputy captain for Dorothea and he recruits Marlya after seeing her in action in the first episode.

Free is a war veteran who is quite proficient in battle and he deeply cares for his comrades and is often having a commanding presence.

His team looks up to him and respect him as a captain. Free has strong ethics and values and does not believe in violence as a solution. He is voiced by Tomoaki Maeno.

He is one of the “Seven Knights” during the Unification war and was granted the title of Duke by the Emperor of Zesskia. Currently, he is the only Duke to be alive as others were sentenced to death for their act of treason against the empire.

His action to burn down his own home – the village of Soma results in the separation of Marlya and Veronica. He deemed that people who can see fairies without undergoing any medical surgery are dangerous and didn’t hesitate to commit genocide in his village.

His character is similar to Thanos in this regard as he believes in “ends justifies means”. Even though he has little screen time, his actions are what sets the whole plot in motion.

The World of Fairy Gone

The anime explores a post-war world where the tension between various factions and participants of war still didn’t wear off.

Set in the continent of Eastald all nations are forced to unite under a single ruler. Rogue war soldiers and criminals attempt to exploit the situation of post-war instability for their own benefits.

They are a special illegal fairy regulatory force that deals with investigating and arresting criminals indulging in illegal fairy activities. They are formed after the Unification war with the intent to prevent misuse of fairies as a weapon of destruction. It is lead by Nein Auler – one of the “Seven Knights” of the war and holds a fairy weapon.

They are seven fearsome fairy soldiers that were active in the Unification war and each represented a different country.

A mafia group that specializes in buying and selling illegal antiques and valuables. They have two-thirds of the Black Fairy Tome, volumes Black Three and Black Six, and seek the remaining Black Nine.

Zesskia, the empire that now controls all nations within the continent of Eastald, ruled by Emperor Harol but his power is split between him, a Prime Minister, and five Dukes. Recently, however, three of the five Dukes have been executed for treason against the emperor. Its capital city is Rondacia and its flag is a red crescent moon inside a golden sun whose top half is blue, the bottom half is red, and has a thin white stripe down the middle.

As mentioned above the story takes place in a world where fairies can be summoned by humans to battle for them. The world itself is interesting and shrouded in politics and mystery.

Through flashback, it is revealed that Marlya and Veronica are childhood friends, separated as a result of warfare raged throughout the continent Eastald and land on opposite sides in the aftermath. Veronica wants to exact revenge on people who destroyed her home while Marlya wants to stop her and mend their friendship.

Throughout the series, their interactions are what kept me going and made it interesting. The duality of how the war changes their personality and affects their life is really interesting and how they cope up individually is such a cool story thread.

If the show stuck with the relationship between these two characters, it might have been much more attractive but it gets more and more complicated after each episode. Where the anime shines is the world and the lore it created but it fails to deliver it in a nuanced and simple way.

A lot of information and subtext is dumped on the viewer in a few episodes and struggles to flesh out details of various characters it introduces. The show tries to explore different perspectives of all the sides involved in a war and tries to reason their ideology and actions but throughout the show, there just isn’t enough time to accomplish it. By having a cool world and also interesting characters, the show falls a little flat in its narration – the main reason being that both the world and characters are not inter-woven properly or interestingly. The art style itself is not bad and flows well with the action and how it is choreographed.

The music is what breathes life into the action sequences and makes it much more exciting to watch.

(K)NoW_NAME’s soundtracks are easily the most standout elements of the show and elevate it to another level. Tracks like Knock on the Core and Rodeo really pump up the adrenaline.

Overall it is a good show, one I would recommend anyone to check out but you might also lose interest if you don’t concentrate enough to take in all the lore information presented.

One thought on “Review: Fairy Gone – Is It Worth Watching?”