This post begins our two-part series covering your favorite anime characters with a September birthday.

There are dozens of reasons why someone falls in love with anime. Maybe it’s the storytelling or artwork? Whatever your reason, most anime fans would agree that character development and design top their list of reasons to appreciate anime. This diverse horde often makes it difficult to create a list of ten amazing entries. Over the past couple of weeks, a lot of care went into identifying and assembling entries. The result is an evenly balanced catalog of anime personalities who, according to their creators, have a birthday in September.

As you read the post, please feel free to let me know if I overlooked one of your favorite characters. Make sure to leave a comment below and let me know your picks.

Hyper imaginative, Hitoka Yachi is the Karasuno High boys’ volleyball team’s manager. Her creative musings are evident in Hitoka’s concern about what to do if she was about to die.

Hitoka is a quirky first-year student whose poor judgment leads to hilarious misunderstandings among her classmates. Intimidated by Kiyoko Shimizu’s presence, she reluctantly agrees to become the Karasuno boys’ volleyball team manager. She matures over the series and gains greater self-confidence, leading her to assist the Karasuno team through the championship brackets. Within the manga’s time skip, Hitoka is a successful college student with the aspiration of working for an ad design company.

This character enters the pantheon of anime girl managers on an all-boys high school team. Unlike the other schoolgirl managers, Hitoka had no desire to get involved in sports. Her recruitment is reflective of where the Karasuno High boys’ volleyball team begins the series and their growth as individuals and players. Hitoka Yachi’s disposition and cute demeanor have earned her a place in the hearts of anime fans and a spot on our September birthday roster.

With a passion for organized crime and the supernatural, Hayato Gokudera is a principal character in Katekyo Hitman Reborn! He is a powerful fighter, who manipulates explosive devices effectively to evade attacks and create illusions.

A Namimori Middle School student, Hayato was born in Italy to a Japanese father and Italian mother. His distinguished silver hair coloring causes Ryohei to nickname Hayato Octopus-Head. He is an unruly individual, who desires to join the Mafia. His ambition lands a position with the Vongola Famiglia and title of Tenth Generation Storm Guardian. Hayato is a close friend of the protagonist and Vongola boss, Tsunayoshi Sawada.

Hayato Gokudera is a fascinating anime character in an equally captivating series. He dedicates both heart and soul to protect his family from competing for organized crime interests. These actions often occur within a world where the laws of physics do not apply, which only adds to the entertainment value of the story. Hayato’s contribution to the narrative has given him status as a fan favorite for September.

The daughter of Riho and Inspector Senichi Sasaki, Chiho’s personality is very much a blend of her mother’s kindness mixed with her father’s persistence. These attributes are evident in her behavior towards the narrative’s protagonist, Sadao Maou. Their relationship has given Chiho the ability to hear and understand the language of his realm. Her love for Maou often leads to Chiho becoming jealous whenever a girl approaches him. She is also proficient in kyūdōka, which afforded her to take on angels within the manga.

Chiho is a popular character, with both The Devil is a Part-Timer! anime and manga fans. Her cuteness factor mixed with a dedication to friends and employer are inspirational. Chiho Sasaki’s moe charm makes her tops on many waifu lists and our eighth-best anime character with a birthday in September.

Miyuki Shirogane is a third-year student at the wealthy Shuchi’in Academy and its current student council president. He is a hardworking student and part-time employee, which often results in him being sleep-deprived.

Living in Sangenjaya, the Shirogane’s are a working-class family. Miyuki’s economic status provides a barrier to confessing his love for the student council’s vice-president, Kaguya Shinomiya. In spite of his insecurities with Kaguya, he takes pride in being at the top of his class and proving the worth of an ‘impure’ student. His only fear is to confess his love to Kaguya to have her say “O-kawaii-koto” or “How Cute” in response. This leaves him with the feeling that a relationship with her is impossible.

Miyuki Shirogane is a grounded character, who is diligent and reliable to both family and friends. His only insecurity being how to get the girl of his dreams. His genuineness is one of the core motivations for why so many fans like the ‘Prez’, as a character.

Kyouhei Kadota is a charismatic young man and member of the Dollars street gang. He is generally someone who is serene and helpful but not averse to being funny, if the occasion requires levity.

Durarara!! gives little insight into Dotachin’s upbringing. He is adept at life on the streets and skilled at street fighting. Kyouhei cares for his friends and is willing to move mountains to keep them safe, as he demonstrates by rescuing Saki Mikajima. His pleasant demeanor attracts a huge network of associates he can draw upon for assistance.

On the surface, there is nothing special about Kyouhei Kadota. He’s not a charismatic protagonist or enigmatic antagonist. Instead, Kyouhei is the series’ lovable, gang counselor and moral compass. These attributes make Kyouhei Kadota one of our month’s favorite anime characters.

Sango is a demon slayer and ancillary hero character in the Inuyasha franchise. She is a master of rituals, chemical repellents, and fighting techniques necessary to conquer demons.

Raised in Yōkai taijiya village, Sango lived alongside her younger brother and their father. While on a mission to destroy a spider yōkai, the demon would possess her sibling. The demonic possession would lead him to destroy their village and the killing of its inhabitants, including their father. Sango, alongside her faithful two-tailed demon cat and Miroku, pursues the annihilation of yōkai.

With a heart of gold, Sango’s motivations are the preservation of family and friends. She demonstrates her persistence in achieving this goal throughout her narrative. This mystical, shōnen fighter has a well-deserved following who have chosen her as one of their favorite characters born in September.

Captain of the Kuja Pirates, the ‘Pirate Empress’ Boa Hancock is the main antagonist within the Amazon Lily Arc. With a busty model-like physique, she is the most beautiful woman in the One Piece universe.

The “Pirate Empress’ is not averse to using her feminine charm and assets to manipulate others into doing her bidding. She also has no problem with using her body to manipulate others into forgiving her whenever something she does goes sideways. Monkey D. Luffy is the only one who seems immune to her appeal. She becomes his ally through several adventure arcs in the series. Boa also rules over the Kuja tribe alongside her younger sisters, Boa Sandersonia and Boa Marigold.

The series creators took inspiration from Boa Hancock’s character from Greek and Roman mythology regarding sirens. Unlike the sirens of old, the ‘Pirate Empress’ manages to do destroy sailors using her voice and great looks. Boa Hancock’s cunning and seductive personality make her one of the top picks for September.

Outwardly, there is little evidence that Zenitsu Agatsuma is actually a powerful Demon Slayer. His Hashira-level swordsman skills were instrumental in defeating Kaigaku of the Upper Moon 6.

A series protagonist, he is the traveling companion of Tanjiro Kamado and Nezuko Kamado. In spite of personal insecurities, Zenitsu’s motivation to hunt demons is to avenge his teacher’s death. His talented swordsmanship led to the creation of a new Breathing Style form. In addition to fighting demons, he is proficient at playing the shamisen and koto.

Zenitsu Agatsuma presents a complex psychological character arc. At face value, he is a romantic whose desire is conflict avoidance. His generally peaceful demeanor can quickly evolve into beast mode should the occasion call for it. Entertaining and skilled are just a couple of the qualities that make Zenitsu Agatsuma an anime fan favorite.

A gender-ambiguous character, Zoë Hange is a highly intelligent, researcher and former Survey Corps commander. They use their immense intellect to design and craft weapons to protect humanity from the titan onslaught.

There is little information about Zoë’s upbringing prior to joining the Survey Corps. Driven by anger, the Corps’ mindlessly killed titans but changed their perspective when they kicked a dead titan’s head. The lightweight nature of the decapitated head made Zoë want to study the gargantuan monstrosities. They would dedicate themselves to researching and understanding the threat in order to effectively combating it. Over Zoë’s narrative arc, they dispatched no less than five titans on their own.

Zoë is a popular supporting character within the Attack on Titan fan polls. They consistently rank within their top five favorites. A warrior-scientist, Zoë Hange continues to have a loyal fan base that counts them among their favorite anime characters with a September birthday.

The Kakashi of the Sharingan, Kakashi Hatake is a powerful shinobi and Konoha’s Sixth Hokage. A talented ninja and mentor, he despises being a leader and responsible for others.

A Village Hidden in the Leaves resident, ‘Copy Ninja Kakashi’ acquired his abilities through his father’s teachings. His perseverance and exceptional talent resulted in him handily defeating Might Guy to become a chūnin by age 6. Kakashi’s fighting techniques would lead him to become a mentor for Team 7’s shinobi-in-training. He employs various Jutsu techniques and welds the White Light Chakra Sabre. Kakashi’s techniques were instrumental to his survival during the Fourth Shinobi World War.

Unlike other genres, shōnen provides the most diverse and varied cast of characters. Naruto is no exception. With this understanding, Kakashi Hatake’s faithful following earns him the status of our most popular character with a birthday in September. 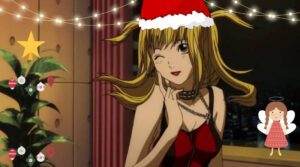 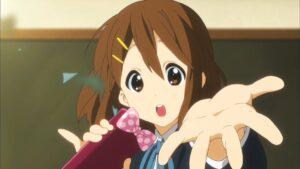 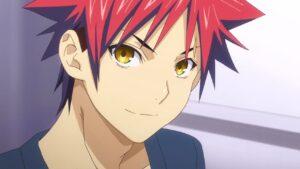