The 1990s saw a rise in the representation of strong, independent female protagonists in anime. These characters broke the mold of the traditional damsel in distress trope and instead portrayed women as capable and powerful individuals. Many of these anime series and films also explored themes of female empowerment and challenged societal norms surrounding gender roles. Some notable examples of female anime protagonists from the 90s include Sailor Moon, Naga the Serpent, and Revolutionary Girl Utena.

Many of the most popular anime shows or movies of the 90s featured strong female leads. And although characters like Faye Valentine and Asuka Langley come to mind when you think of female anime characters of the 1990s, this list is focused on anime female characters in the lead role.

Here is a list of the 15 best anime female protagonists of the 90s!

Even If you’ve only got a 1% chance of winning, but you convince yourself you’re gonna lose, that 1% becomes 0%.

Teenage sorceress Lina Inverse is incredibly powerful and leaves a wave of destruction everywhere she goes. Despite her genial self-perception, Lina has a hot temper that has earned her a notorious reputation under various monikers such as “Enemy of All Who Live,” “Empress of Destruction,” and “Raven-Black Witch.”

Despite her hot-headedness, Lina uses her powers for good and overcomes several demon lords throughout her many adventures.

If you aren’t remembered, you never existed.

Lain Iwakura is an introverted fourteen-year-old who is a bit of a social outcast at her school. One day, she receives an email from a dead classmate that pulls her into the virtual world of “The Wired.”

In this new world, Lain slowly uncovers the truth about herself through strange and surreal circumstances. Most odd of all, though, is the role that Lain must play in the Wired.

Poor Remi Barberin was a happy-go-lucky 10-year-old girl who enjoyed a quiet life with her mother and younger sister. Her world is turned upside down one day when her father comes home and reveals that she was found in the street as a baby and can no longer live with the only family she has ever known.

Remi’s father subsequently sells her to an evil slave trader and dooms her to a life of misery. Fortunately for Remi, she is rescued by a street entertainer who recruits her to his troupe as a singer and treats her as a daughter.

Unfortunately, this is only the beginning of Remi’s tragic story of friendship, love, and self-discovery.

Nanako Misonoo is a modest, caring, and selfless girl who is accepted into the prestigious all-girls Seiran Academy. Soon after, she is recruited into an elite sorority which spurs her classmates into jealousy and spite.

As Nanako faces bullying, life becomes increasingly unbearable, and she later develops a close relationship with the “Saint-Juste of the Flowers,” Rei Asaka.

She copes with the harsh realities of school life by writing letters to a former teacher, whom she addresses as her big brother.

I know I am mischievous, precocious, careless, and sentimental… but everybody loved me when I was in the circus!

14-year-old Nadia lives life as a Kenyan circus performer and possesses the “blue water,” a mysterious jewel frequently targetted by the criminal Grandis Gang. A young scientist rescues Nadia on one such occasion, and the two set off on a grand adventure with Captain Nemo aboard the Nautilus.

During this adventure, Nadia and her allies face off against the new forces of Atlantis that seek world domination. Nadia also discovers the secrets of her past and her connection to the blue water.

The sorrows of yesterday float on the winds.

Kayoko Nakane is a cheerful 5-year-old girl who enjoys playing with her friends and older brothers in 1940s Japan. She does her part to support the war effort by donating her toys and daydreams of being a big sister.

Unfortunately, 1945 arrives, and Kayoko’s joy is cut short as she suffers the horrors and loss of the war.

Worse than any battle scar would be shedding the tears of regret.

Hikaru Shidou is the youngest in a family of kendo dojo owners and has demonstrated exceptional skill in fencing. During a class trip to Tokyo Tower, she and two girls from other schools are magically transported to the world of Cephiro, where they become Magic Knights.

Hikaru shows herself as a capable leader, and the trio grows in friendship during their quest to save Princess Emeraude.

Because I wished for everyone to live, I did everything I could.

10-year-old Sakura discovers a mysterious book in her basement, and upon opening it, she unwittingly scatters the magical “Clow Cards” throughout the world.

The guardian of the cards, Cerberus, informs Sakura that she has magical powers that will enable her to retrieve the cards. Given this, Sakura sets out to collect the cards and battles with magical creatures along the way.

I’m Asuka, and I’m not someone else!

Asuka has a rough life at home and school, including mental and physical abuse by her mother. The final straw is when Asuka’s birthday goes unnoticed, and her mother admits that she would be better off if Asuka did not exist.

This heartbreaking admission robs Asuka of her voice, and her older brother sends her off to live with her grandparents.

These new living arrangements allow Asuka the opportunity to gain a new sense of self-worth and appreciation for life.

6. Shizuku Tsukishima – Whispers of the Heart

I am not running away! I have something more important to do!

When she’s not busy appearing in your favorite lo-fi hip-hop beats video, 14-year-old Shizuku Tsukishima attends middle school and enjoys reading books. One day, she visits an antique shop and coincidentally runs into a boy with a shared love of literature.

She meets “the Baron,” an enchanted cat figurine at this same shop. The Baron provides her with guidance and keys her into the whispers of her heart, which makes her another one of the several compelling Studio Ghibli female characters.

How can a machine give him the love he needs?

Haruko Misuhashi is a dedicated and caring nursing student who finds herself at odds with the Ministry of Public Welfare after they unceremoniously steal away her patient to use in an experimental care bed.

She objects to the situation and unsuccessfully tries to rescue her patient. Her worst fears are realized when the bed is revealed as an experimental military weapon and she breaks free from the hospital with the patient in tow.

I’m going to be my own kind of princess.

After rescuing a cat with a crescent moon on its head, Usagi Tsukino becomes Sailor Moon, the guardian of love and justice.

With her newfound power, Usagi must balance being an average middle-schooler and a planetary guardian.

The truth is that today more than ever, I wanted to have a good time with you.

After a successful run with the famous J-pop idol group, CHAM, Mima is ready to move on to the next chapter of her life and pursues acting. As she begins her new life, the previously free-spirited pop idol starts to doubt her sanity as the people around her are murdered.

Between the murders, a stalker, and an impersonator, Mima slowly stumbles down the rabbit’s hole toward madness.

Open your heart and talk to people, and anybody would accept you, I’m sure.

Utena Tenjou lost her parents at a young age. After hiding away at the funeral, she is found by a traveling prince and given a rose-crested ring with a promise that he will one day meet her again. Inspired by his actions, Utena vows that one day she will become a prince herself.

Years later, at the Ootori Academy, Utena wins a duel against a student council member and discovers that she is now the fiancé of the Rose Bride. And from that point forward, she must defend her standing as the Rose Bride’s fiancé and use her power to revolutionize the world!

1. Motoko Kusanagi – Ghost in the Shell

I feel confined, only free to expand myself within boundaries.

Major Motoko Kusanagi is among the most popular anime female characters from the 90s. She is the head of the Section 9 assault team and has an entirely synthetic body with a soul or “ghost” to keep her humanity intact.

While investigating the mysterious hacker known as the “Puppet Master,” Motoko ponders upon several philosophical dilemmas and even questions her existence.

Do you love 90s anime? Check out more at 90sanime.com! 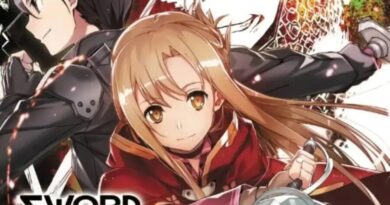 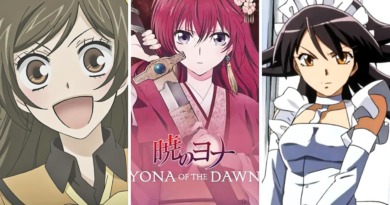 13 Shoujo With a Strong Female Lead 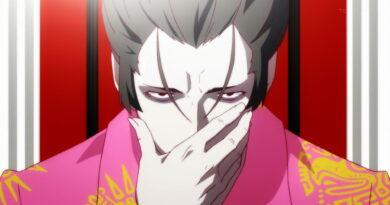