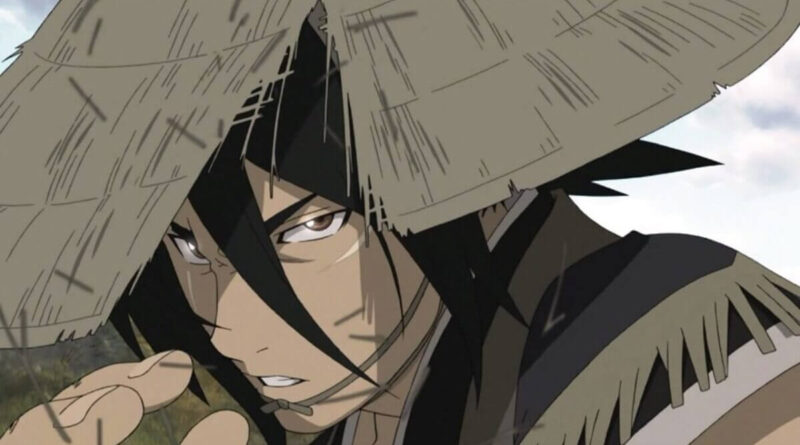 The best way to escape reality is by watching some good anime. There are many genres out there that can curb our thirst for escape. And among them, the anime that revolve around Feudal Japan or Samurais is undoubtedly the best.

To any anime viewer, the mere existence of a Samurai is appealing. They are the honor-bound soldiers who will carry out their sense of justice without a speck of doubt. The way they maintain their Bushido while conflicting with their personal feelings is mesmerizing. In this modern world, finding such an honorable character is impossible.

Such honorable characters are portrayed in many anime. Some even revolve around their story of them. That’s why we have gathered the top 5 Samurai anime of all time. The list might not be perfect from your point of view but we tried our best to gather the ones that you will surely fall in love with.

Before Samurai Champloo, the chanbara genre was at a halt. The viewers were fed up with the same old Feudal Japan that most shows tried to portray. But Watanabe took the genre and put his own twist on it. And thus the masterpiece telling the story of three unlikely companions was born.

Fuu, a young woman, was looking for a Samurai. The samurai she searched smelled like sunflowers. In this search, she was guarded by Jin and Mugen. The first being the serious guy of the group and the latter being an outlaw. With a story filled with the political drama of the Edo era, there is no way to not like it.

When watching something with swords and Samurais, one expects to see a lot of blood and gore. And Shigurui happens to deliver exactly that. It’s a dark storyline filled with blood and death. Violence is the part and parcel of the story. And with this violence comes the hopelessness of the characters involved.

But that’s not all that made this series a part of this list. Other than gore, another thing that anime viewers love is a tournament. And the story of this anime is entirely a tournament arc between the Samurais. Filled with epic Samurai swords and swordsmanship, it is like a case study of the Japanese Samurai.

The story revolves around the first fight between Fujiki Gennosuke, the star pupil of Kogan dojo, and Irako Seigen, a bastard from the red light district. These socially diverse Samurai disciples fight to the death with actual Katana. If such a backstory is not enough to make you watch the show, then let me give you an interesting piece of info, among the two Samurais, one is blind and the other has only one hand.

This story is set in a futuristic Japan that is still filled with Samurais. No matter how advanced they get, they can’t let go of their core. In such a society there is one Samurai who exceeds all expectations. But he is discriminated against because he is black. And in this prejudiced society, the Master Samurai was murdered brutally. But the story is not about the Master Samurai but about his son, Afro. He is a Samurai similar to his father but not honor-bound. That’s because he is wielding his Odachi with only one intent, the intent of revenge. He is hell-bent on getting revenge for his father’s brutal murder and proving to the world that he is a true samurai who deserves to be called the best.

The plot is a clash of different cultures that has been executed perfectly by Takashi Okazaki. He took Sci-fi, Samurai, and Hip-hop music and executed them perfectly using Blaxploitation. You will find constant swordplay and carnage that helps to vividly uphold the clash between the Japanese culture and Black culture.

#2 Sword of the Stranger

Not all Samurais are after revenge. Some of them only want to protect the ones that they find precious. To do so they are even willing to take on an entire nation. Nanashi is one such Samurai. He was a wandering ronin with no particular aim or ambition. He even bound his Katana to the sheath.

But that was till he met Kotaro, an orphan boy who was hunted by the Ming swordsmen. The Chinese warriors wanted the death of this child for various reasons but that was no concern for Nanashi. That’s because when Nanashi first met Kotaro in an abandoned temple, he saw the boy’s innocence and swore to protect him.

This plot helps portray the relationship between Japan and foreigners. It takes the story of a Samurai wanting to protect a child and highlights the feudal politics that took place in the Sengoku era. It might be just a film but the social and emotional impact it has can never be put in words.

A Samurai is honorable by nature. But what should they do when this honor is conflicted with their self-awareness? The story of Rurouni Kenshin depicts such a plot to the finest. It is a story set in 1878 Japan, an era that was filled with blood, gore, and assassinations.

Himura Kenshin is brought up in such a ruthless society and ends up being a part of it. As a Samurai he kills many until he ends up killing a Shogun! This triggers the change within him for he now regrets his actions and wants to repent. To do that he takes up a reverse blade Katana and swears to never kill.

But his past is not willing to let go of him that easily. He is haunted by it, for he has to face ruthless opponents in countless gore-filled fights. Each fight is like an emotional journey through Himura’s mind. The show is so great that there have been many attempts at imitating it, only to end up with failures.