The Romeo x Juliet trope is not that prevalent nowadays, so it always makes me happy when a new anime movie/series airs and incorporates this concept in a refreshing way. That’s what the core of this anime series is. It honestly makes me sad that there are not that many anime Like Love After World Domination.

The series is a forbidden love story between the hero of justice and a secret society’s combatant.

The show doesn’t take itself too seriously and goes overboard with over-the-top comedic fighting scenes and all sorts of hilarious, absurd situations that happen in between the fights too. Then there is the central part of the story, which is the blooming relationship between two inexperienced lovers who are supposed to be foes!

Here is a list of 9 anime similar to Love After World Domination!

One of the best anime movies for shoujo lovers (which is also great for kids to teach them important life lessons) is Hatarubi no Mori e.

The anime follows Hotaru, a girl who is rescued by a spirit when she gets lost in a forest as a child. The two become friends, despite the spirit revealing that he will disappear if he is ever touched by a human.

While I can’t say that it’s extremely similar to World After Domination, it also explores the forbidden love motive minus the comedic aspect. I can assure you, though, that it’s a comfortable watch with a simple premise while all the emotions are still there.

8. The Garden of Words

The Garden of Words tells the story of an unlikely friendship between a 15-year-old boy and a 27-year-old woman who meet in the park on rainy mornings.

7. Snow White with the Red Hair

Whilst hiding, Shirayuki runs into a prince Zed who got poisoned by an apple that was meant to poison her. She quickly aids the prince thanks to her ample knowledge of herbs, poisons, and antidotes and joins the prince on his journey back to the Kingdom. After the chance presents itself, Shirayuki decides to follow her own dream—to become a proper court herbalist!

In both shows, the characters seem to come from different worlds. In Love After World Domination, the boy is a hero while the girl is a villain, and in Snow White with the Red Hair, there is a huge difference in their social status since the boy is a prince and the girl is a herbalist. Sure, they have their differences, but that doesn’t seem to stop them from falling in love with each other!

The show is a Romeo and Juliet story with a spin. The boy is a Mecha pilot of the army that defends Earth, and the girl is a soldier from the faction of humans who live in space that attack Earth. They are destined to face an impossible love.

5. The Demon Girl Next Door

The Demon Girl Next Door follows the day-to-day life of Shamiko in her unsuccessful and innocent attempts to defeat Momo, a powerful magical girl.

Both are wholesome, lovely, and lighthearted shows that are fun to watch without worrying that something bad will happen. The two main characters are coming from opposing factions (one is good, the other is evil, and they are supposed to be natural foes. Instead of hating each other, they somehow become friends (or lovers in Love After World Domination).

If you enjoyed the typical Romeo x Juliet component of Love After World Domination, this anime might be of great interest to you.

The series is set on a giant island floating in the sky, with the capital of Neo Verona heavily divided between nobility and commoners. Juliet Capulet is the only survivor of Montague’s assault which resulted in the slaughter of her entire family and complete control of the kingdom by the Montague family.

Instead of fighting, the Demon Queen shares her vision and proposes an alliance with the Hero. Surprisingly, they join forces in hopes of bringing peace and prosperity to both factions.

Both anime series have protagonists who are from opposing factions, which have a seemingly completely different vision about how the world should work. They are also both their respective factions’ greatest assets (and archenemies) but end up harboring romantic feelings for each other.

Despite the opposing dormitories being gravely hostile towards each other, Inuzuka has been in love with Juliet since childhood. When he finally musters up the courage to confess his love for her, she surprisingly accepts his feelings, and the two start a secret relationship!

Boarding School Juliet has a similar premise of a forbidden relationship between two powerful leaders of rival groups. The couple does their utmost to keep it secret from everyone else for the sake of maintaining their love.

It’s also full of wholesome, cute, and funny scenes between the couple.

1. Our Last Crusade or the Rise of a New World

Our Last Crusade or the Rise of a New World is a typical fantasy story about forbidden love between the two strongest members of opposing factions. It’s the same theme as in Love after World Domination but the plot is way more serious.

The series takes place in a fantasy universe where two factions, namely, the Empire, consisting of humans, and the Nebulis Sovereignty, consisting of astral mages, are at war.

One fateful day, humanity’s strongest soldier and Nebulis’s second princess meet, and even as enemies they share the mutual vision of ending the war peacefully. Since their first encounter, the circumstances continuously conspire to bring them together. 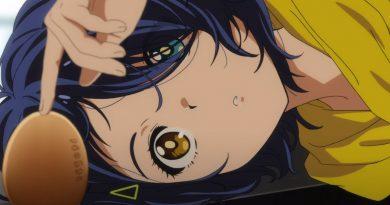 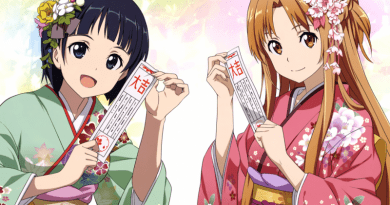 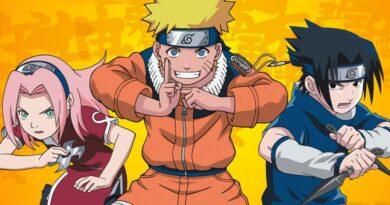