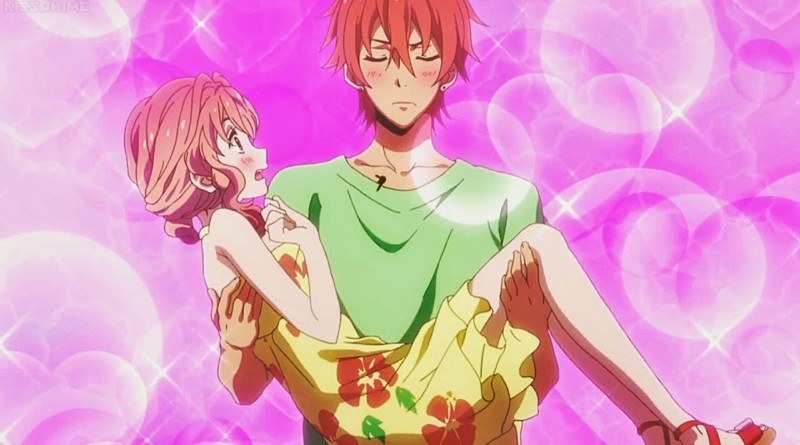 One girl, many guys, and a lot of tasty confections to drool over. That’s Bonjour: Koiaji Patisserie for you!

The story revolves around Sayuri Haruno, a girl who attends an elite confectionery school Fleurir on a scholarship to follow her dream to open a pastry shop. While trying her best to achieve her ambition, she encounters many aspiring and stunning confectioners at her school.

These 7 anime are similar to Bonjour: Koiaji Patisserie.

Even though Shokugeki no Souma is not a reverse harem it shares a huge similarity with Bonjour: Koiaji Patisserie – both protagonists enroll at an elite cooking school to become the best at what they do.

Are you hungry? Shokugeki no Souma is here to satisfy your belly!

Both share the reverse harem genre, where it involves one girl with a bunch of guys, vying for the girl’s affection. They are both set in elite schools for talented people (Artistas x Patisserie).

In a world where art becomes magic, people who can inspire passion with their Magic Arts are called Artistas, and are employed in show business. In Hoshinomori Private Magical Arts High School, where Artistas are taught, a strange new student named Kohana Aigasaki transfers into the school.

Kohana is placed on the planning committee for the school’s yearly Hoshinomori Summer Festa cultural festival. She spends her romantic school life with six other boys who aim to become entertainers in the future. Each of the boys specializes in his own Arts and aims to make Hoshi Fes a success. In addition, the boys also aim to be chosen alongside Kohana as the school’s Artista Prince and Princess, only chosen once a year.

Check out Magic-Kyun! Renaissance on Amazon

The female protagonists are underwhelming and very naive, surrounded by bishies (bishounens) who are lusting over them.

Explore Dance with Devils on Amazon

Both shows are short mini-series that have a typical reverse harem girl who is naive, innocent, and delicate.

The story focuses on a little, innocent-looking blonde girl named Yui who is under weird circumstances forced to live in a house with 6 boys, who are… a little weird. Soon she will find out a secret – all of them all vampires with lust for her delicious blood.

Both are shoujo anime with a plot revolving around one sweet and kind female character surrounded by handsome guys.

To give the fresh married couple space, she moves in with her stepbrothers who all have unique looks and personalities, and whilst they are in the process of becoming family she realizes that it’s not only sibling love that grows between them – they start falling in love with her. Who is going to win Ema’s heart in the end?

Haruka Nanami (Uta no Prince Sama) and Haruno Sayuri both attend prestigious schools. Haruka is aiming to become an idol/composer, while Haruno wants to become a  patisserie. They both become the love interest of their handsome classmates, who are supposed to be their competitors.

Haruka Nanami is an aspiring composer from the countryside hoping to get a chance to write music for her beloved idol, Hayato Ichinose. To fulfill this dream of hers she enrolls in Saotome Academy, a renowned vocational school for the performing arts.

Soon after arriving Haruka learns that the competition is stiff – the school has many amazing and talented future idols and composers. The events take a turn when she meets one fateful night a mysterious man standing in the moonlight and he seems like someone familiar.

Both anime feature an aspiring patissier who happens to be a cute girl surrounded by sweet princes at the school for confectioners.

Ichigo Amano is a clumsy 14-year old girl with no talent except for eating confections, particularly cookies.

When she runs into Henri Lucas, a renowned patissier, he instantly recognizes her spectacular tasting ability. He invites her to transfer to St. Marie Academy to become a patissier which she humbly accepts, and thus, an exciting journey begins.

Check out Yume-iro Pâtissière on Amazon