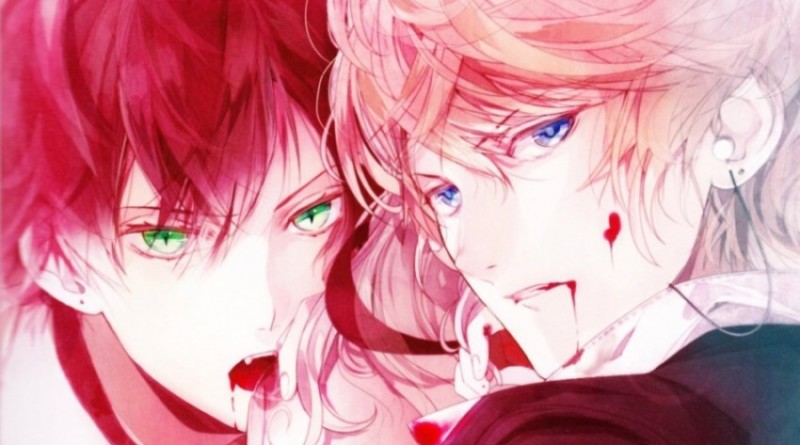 I am pretty sure we all realize that reverse harem has become pretty popular in the anime community past years and the anime market is also trying to create more of them, but there are not many which I would personally recommend to you.

Diabolik Lovers is one of my favorites, although I would not rate it as high as other anime I have watched (not like it matters).

The story might not be a breathtaking one and the characters might seem cliché but what counts is that we deeply enjoy this guilty pleasure.

The following list contains only quality reverse harem worth watching which is also similar to Diabolik Lovers.

You can also check: 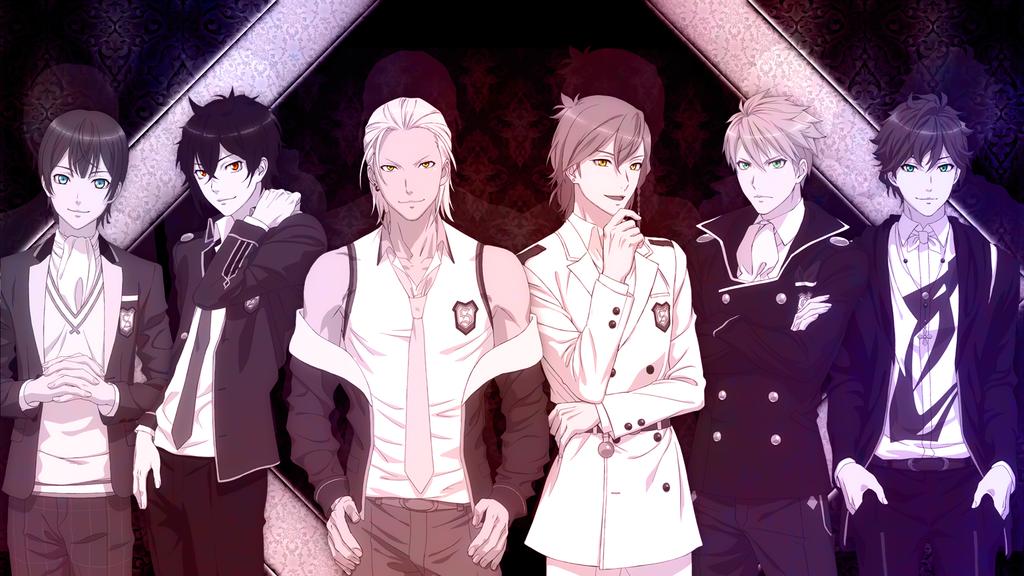 As the name is implying, both anime have some sort of supernatural beings – Diabolik Lovers have vampires, Dance with Devils have demons.

Of course, that is not enough when it comes to a proper harem plot we have to add a rather naive and cute female character, right? 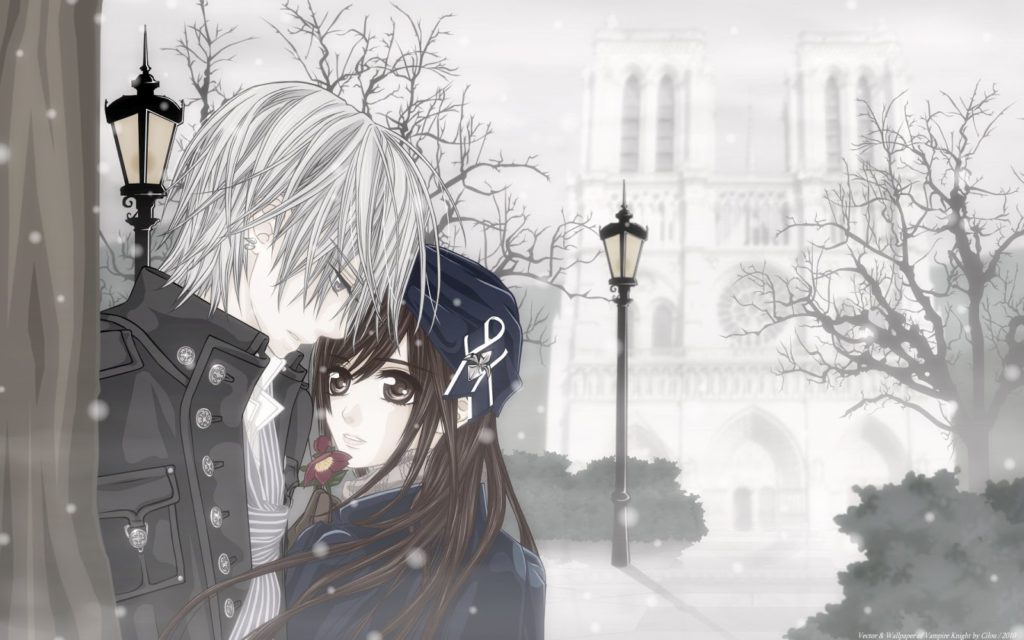 The attractive boys who fall for our main heroine named Yuki are unexpectedly nothing else than vampires (luckily for us, because we all love a glance at handsome vampires).

Yuki could be easily considered naive (same as Yui but a bit less due to her existing knowledge about vampires),

Diabolik Lovers’ story is set in a secluded mansion and Vampire Knight’s story has a similar setting, a school exclusively for vampires where humans and vampires coexist without humans knowing their true nature. 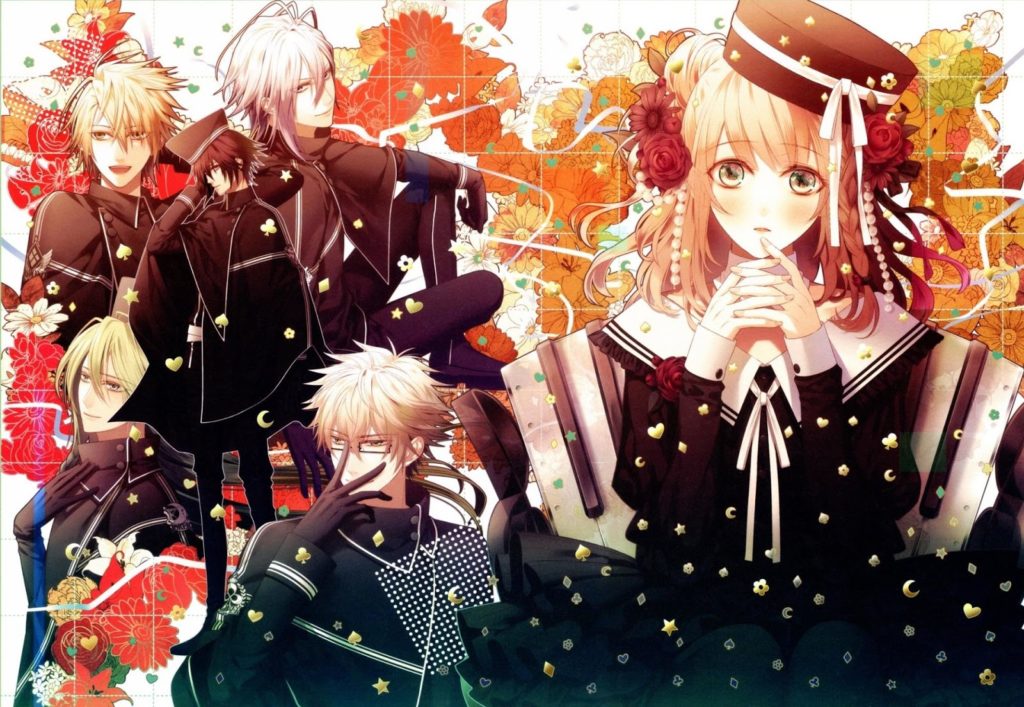 The main heroine ends up not only losing her past memories (amnesia) but also ends up completely lost regarding her life – Yui is also basically lost because she does not understand the circumstances and how did she end up living with vampires who are now her only “protectors” and also “abusers”.

The female MC also ends up surrounded by multiple handsome guys with various motives. Similarly to Yui, she is also sparkling with naivety and softness.

There is a romantic involvement with many guys from the series minus the strong abuse aspect (there is still some, though).

Finding a way to remember her life and identity turns out to be a very difficult task to be done – she gets involved with multiple handsome men with various motives as she starts to unfold the mystery of the strange circumstances, puzzling her lost memories piece by piece as the time progresses.

Both focus on ordinary high school girls, the heroine in Brothers Conflict is also “forced” to live with many boys who happened to be brothers (same as Diabolik Lovers). 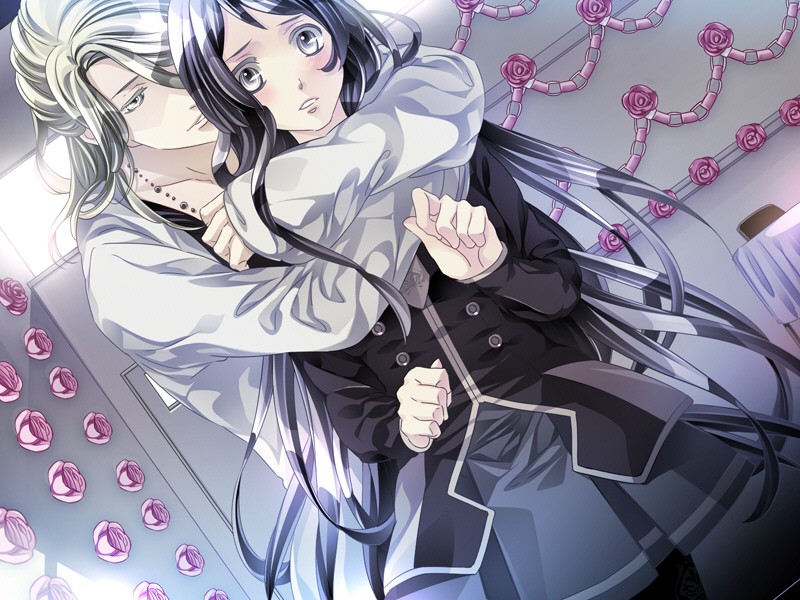 Not nearly as dark, but you can find a lot of guilty pleasure and mild nudity in Kuro to Kin no Akanai Kagi – if you enjoy mild abuse this is the right way!

A pretty high school girl named Kanade ends up similarly as Yui surrounded by many attractive guys who are head over heels for her;

Kanade Katagiri refuses to attend school and spends her days in her room, dreaming about her being surrounded by doors presenting opportunities. Her non-blood brother, Ikuto Sonomura takes good care of her but also holds feelings for her which she fails to notice.

One day Kanade decides to open the door of opportunities in reality – she leaves her room to get a haircut because she can’t see through her bangs. She meets a strange man who gives her a complete makeover in the park and this changes her life forever – she is now considered an immense beauty, getting attention from many men with various motives and lusts. 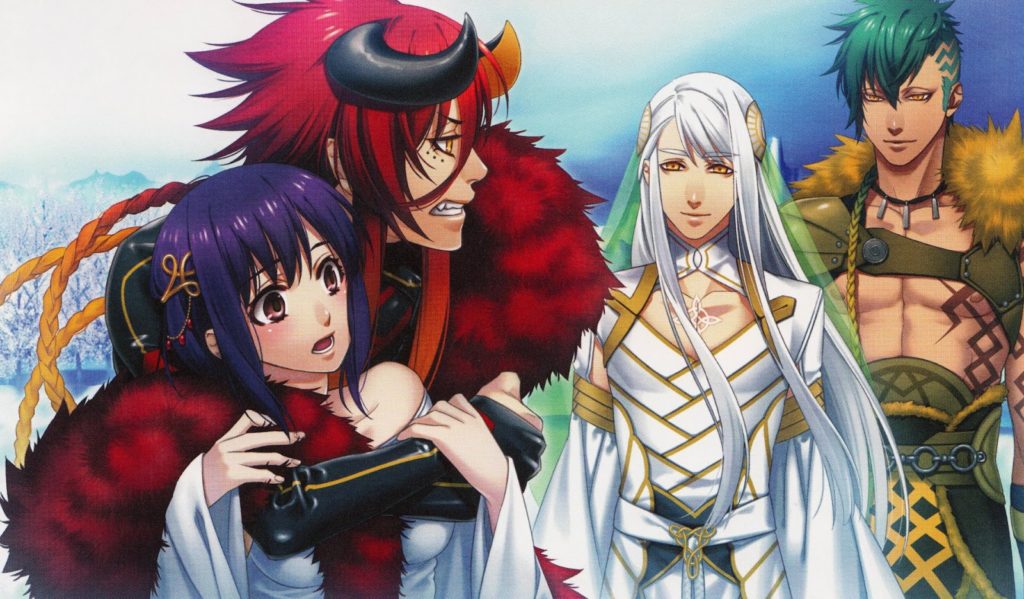 Both Yui’s deal with bratty guys although Kamigami is way more light-hearted.

They end up trapped in one specific place – Yui in Diabolik Lovers is trapped in a secluded mansion with vampires and unable to leave (and yes, she seems like a livestock at the times), meanwhile, Yui in Kamigami no Asobi is trapped in a parallel world with handsome young gods trying to teach them about humanity.

Kamigami no Asobi centers around a story of Yui Kusanagi, the daughter of a Shinto shrine priest who discovers a strange sword, which transports her to an alternate world.

Yui is assigned a difficult task – she has to teach the meaning of love to handsome young Gods attending the same school as she does.

Fruits Basket might lack the dark aspect but that really doesn’t matter – the naivety of the main heroine, Tohru, and her sweet innocence will make up for that quite easily and it might remind you of clueless Yui.

Both anime series are a reverse harem, but this one is way milder – the main female lead Tohru is going to live in a house with handsome boys who wield supernatural power (or rather a curse) and will get special attention from multiple guys during the series but the kissing/romantic scenes are missing. 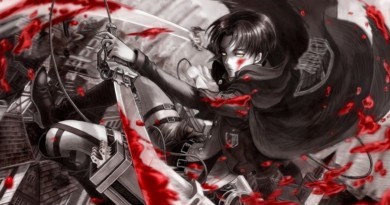 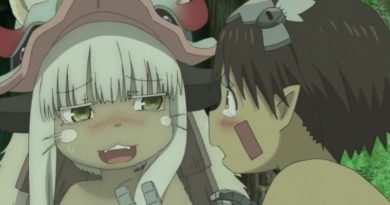 7 Anime to Watch If You Love Sword Art Online