No one can disagree that there is plenty of isekai to pick from. But when it comes to finding an isekai where the MC uses modern knowledge, you don’t have a myriad of options. But compared to finding isekai anime where the MC uses guns, it’s still easier to come up with great picks here.

I don’t know about you but I would also want to better the new world. And even if the world was evil it might not even be for others’ sake but using the previous life’s knowledge tied to modern knowledge/technology can also help the protagonist out big time.

With that being said, in this article, I’ll focus on isekai anime shows where the MC uses modern knowledge. Be it for a physical or mental invention.

An overworked Japanese medical researcher dies and is resurrected in a world reminiscent of the Middle Ages. He discovers that in his new life as Falma, he has been given a wonderful blessing. It allows him to create or destroy any substance as long as he is aware of its chemical composition.

Unfortunately, having access to high-quality medical treatment is a privilege solely afforded to the nobility. Therefore, Falma decides to change medical advancements in this world and make treatments available to everyone.

14. Highschool Prodigies have it Easy in Another World

High School Prodigies is about seven geniuses who are transported to a medieval fantasy world called Freyjagard. There, they use all of their modern knowledge to start a revolution against the oppressive empire and its sovereign liege, The Emperor.

Another anime where the MC utilizes modern knowledge to introduce innovative upgrades to the new world is Knight’s & Magic by J.C.Staff.

After being reincarnated in the realm of magic and magical technology, a programmer begins to develop programmable magical robots.

12. Ascendance of a Bookworm

What happens when a forgetful bookworm is reborn in a different poor world with very few books? Well, she focuses all of her free time and energy on trying to create books and her own modern inventions, such as products or dishes while juggling her everyday struggles and health difficulties!

And the anime is enjoyable and amusing even with no battle sequences.

Watch Ascendence of a Bookworm on Crunchyroll

11. How a Realist Hero Rebuilt the Kingdom

The narrative follows humanities student-turned-hero Kazuya Souma as he uses his understanding of machiavellianism and realism to rebuild the kingdom.

How a Realist Hero Rebuilt the Kingdom proves that you don’t have to be gifted with some OP abilities to solve the country’s problem. Our hero manages to do that by using his wits!

Watch How a Realist Hero Rebuilt the Kingdom on Amazon

10. In Another World With My Smartphone

Touya Mochizuki dies in an unfortunate accident. But luckily for him, he is given a new life in another world, along with a gift from god to help him on his journey.

This gift isn’t anything else than his smartphone. He uses it to advance the new world by creating items from his previous world.

Watch In Another World With My Smartphone on Amazon

09. Combatants Will Be Dispatched

Combat Agent Six, a member of the Kisaragi Secret Society, is the protagonist of the series. Truthfully, this Society is a wicked organization with global dominance as its goal. This includes all planets, not just Earth, as targets for conquest.

As their first operation outside of Earth, they decide to send Six and the android Alice on a reconnaissance expedition to an unidentified extraterrestrial planet.

Overall, the MCs’ acts can appear to be magic while actually employing cutting-edge technology.

Watch Combatants Will Be Dispatched on Amazon

Outbreak Company is one of the most known anime made by studio feel. It focuses on the importation of the Japanese otaku subculture into a fantasy world and its impact on society there. Obviously, that could not be done without the MC retaining his previous modern knowledge!

07. The World’s Finest Assassin Gets Reincarnated in Another World as an Aristocrat

The top assassin in the world has been reincarnated as the eldest son of an assassin noble family. He has been given one condition by a deity in exchange for being reborn in another realm.

The MC simply utilizes his modern knowledge to further his own personal goals, creating weaponry in a medieval world rather than, say, smartphones or other such technology.

In the midst of the Sekigahara battle in 1600, which marked the beginning of the Tokugawa shogunate in Japan, Toyohisa of the Shimazu clan is only concerned with beheading the enemy leader and is prepared to use whatever means necessary to do this.

But when he finally delivers the fatal blow to the enemy commander, he realizes that he is going to die as well. Suddenly, he finds himself in a white corridor, standing in front of a strange-dressed man who is seated at a desk. He is then transported to a new location where some unknown historical figures tend to his injuries. He learns shortly after that both he and his new friends are Drifters. But why did Drifters arrive on this planet?

The show centers on Hajime Nagumo, who, along with the rest of his class, is sent to another world to take part in a battle with the demon species. After being betrayed and left to die by a classmate, he embarks on a quest to better himself and find a means to get home.

Hajime is known for using his knowledge from previous modern life to create advanced and modern weapons in the fantasy world.

After being struck by a car, a shut-in otaku-type with a demanding office job finds himself reborn in a magical world that is threatened by monsters.

However, because he still remembers his previous life on Earth and therefore has a body of knowledge that is utterly foreign to his new world, he swiftly becomes overpowered and achieves previously unthinkable feats unlike anything ever seen before, revolutionizing the magical field.

How about an anime where the MC brings modern tactics and weapons that help shape the warfare of another world? That’s Gate for you.

If you have ever wondered what it would be like for an ancient army to battle a modern one, Gate is distinctive in the way it conveys a variety of ideas to us, like the conflict of armies and the mixing of cultures.

As with most war-related stories, one would anticipate a protracted and bloody back-and-forth battle between the two factions, yet one of the anime’s charms lies in how it avoided that cliché.

When looking for a great isekai anime where the MC uses modern knowledge, you should be more than satisfied with Log Horizon. After the first few episodes, the emphasis shifts to politics and creating a stable economy in addition to a functioning society. The technical―and other―advancements from their original world are a significant plot component, while there is still fighting and other stuff.

In this anime, 300,000 players from all over the world and 30,000 Japanese players get trapped in the gaming world of Elder Tales.

01. That Time I Got Reincarnated as a Slime

That Time I Got Reincarnated as a Slime is the first show that pops into my mind when I think of isekai anime shows where the MC uses modern knowledge. With more than 1,2 million members on MAL, this makes it also the most popular anime on this list.

The protagonist is reincarnated as a monster in an RPG-like fantasy world.

He uses his previous modern knowledge to his advantage and grows and governs a nation from scratch. He is smart and resourceful and improves society by making it more economically and politically stable.

Watch That Time I got Reincarnated as a Slime on Amazon 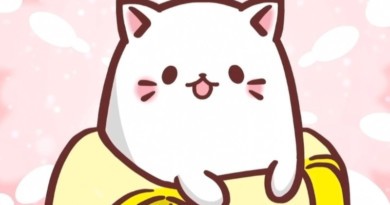 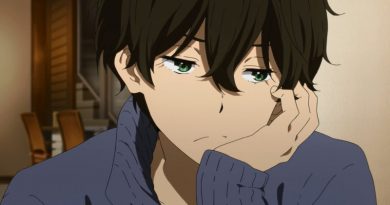 12+ Of The Most Popular Brown-Haired Anime Boys 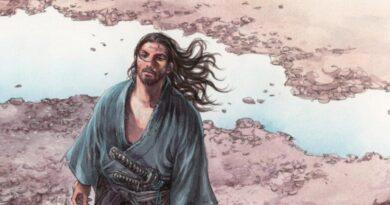