There are many beautiful anime-inspired skins in League of Legends.

Let me ask you—have you seen the Star Guardian Ahri Trailer? Because if you have then there is a high chance that you recognized Ahri’s transformation as highly similar to Sailor Moon’s transformation. This is wonderful news for any League of Legends players who enjoy anime.

We started receiving new anime-inspired skins every year because these anime skin lines are so well-liked!

In this list, I’m going to show you the top anime-inspired League of Legends skins as of 2022.

Each Anima Squad skin has been created with vibrant colors and refreshing effects to give each champion the appearance of their own anime character.

The Anima Squad skin line costs 1350 RP (10€), with the exception of Battle Bunny Miss Fortune, which costs 1820 RP (15€), and the Prestige Skin which can be purchased by using mythic essence.

This whole skin line is heavily influenced by Sailor Moon.

A different case is the Prestige Star Guardian skin line, which can be unlocked by trading mythic essence. There are various ways how you can obtain it

My favorite skin from this line is Star Guardian Soraka, both the normal and prestige version. I always pick that one, it’s cute & the sound and particle effects are satisfying in the game.

Pajama Guardians have a Star Guardian feel to them but they are dressed in pajamas while fighting evil. Each of them costs 1350 RP but players who have purchased their Star Guardian equivalent can get a discount (-45%), so they will cost you only 750 RP (and vice versa).

The skins from Battle Academia make me think of students and professors from some anime superhero or magical academy. We even have a battle principal Yuumi who would easily pass for a cute anime sidekick!

The prestige skins can be traded for mythic essence.

Which anime-inspired League of Legends skin is your favorite? Let me know in the comments! 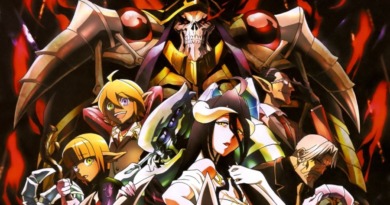