Mondaiji-tachi ga Isekai kara Kuru Sou Desu yo? (Problem children are coming from another world, aren’t they?) gotta be the new favorite light novel anime for me. I found a new waifu and husbando here, so my mission was accomplished. 😀

The light novel series was written by Tarō Tatsunoko and illustrated by Yū Amano and adapted into anime tv series in 2013 and aired with 10 episodes.

The story follows three extraordinary high schoolers gifted with psychic powers who get unexpectedly and forcefully transported into an alternate world known as Little Garden, where all sorts of beings participate in high stakes games using their special abilities.

7. The Irregular at Magic High School

The Irregular at Magic High School and Mondaiji-tachi ga Isekai kara Kuru Sou Desu yo? share a teen badass male protagonist who is extremely powerful and smart. They also contain a lot of action scenes and magic in some kind of form.

The main character in both anime is transported to a fantasy world, gets accompanied by 3 (hot) female acquaintances, and fights the demon lord and his commanders.

After dying a laughable and pathetic death on his way back from buying a game, high school student and recluse Kazuma Satou finds himself sitting before a beautiful but obnoxious goddess named Aqua. She provides the NEET with two options: continue on to heaven or reincarnate in every gamer’s dream—a real fantasy world! Choosing to start a new life, Kazuma is quickly tasked with defeating a Demon King who is terrorizing villages. But before he goes, he can choose one item of any kind to aid him in his quest, and the future hero selects Aqua. But Kazuma has made a grave mistake—Aqua is completely useless!

Unfortunately, their troubles don’t end here; it turns out that living in such a world is far different from how it plays out in a game. Instead of going on a thrilling adventure, the duo must first work to pay for their living expenses. Indeed, their misfortunes have only just begun!

Another addition of Toaru Universe includes the main character called Accelerator, who is strikingly similar to Izayoi in terms of power and cockiness. If you love to see (a different version of) overpowered Izayoi as the center of attention, Accelerator might do that for you.

The dark side of Academy City never rests and Accelerator, the strongest esper of the Academy City is unwillingly caught in the middle of a new conflict.

If you are into comedy paired with superpowers, One Punch Man is the right choice for you. Both of these shows include a lot of action and an undefeatable male protagonist, along with a lot of other people who have unique and strong abilities.

At Kaimei High School there is a special club dedicated to helping others known as the SKET Brigade. The brains of the group is Kazuyoshi “Switch” Usui, a tech-savvy otaku who speaks through speech synthesis software, while the brawn is provided by Hime “Himeko” Onizuka, the hockey stick-wielding girl once known as “Onihime.” And last but not least, their leader is Yuusuke “Bossun” Fujisaki, whose latent ability is evoked by his goggles, allowing him to summon the awesome power of extraordinary concentration.

However, most of the school only know them as the club that handles odd jobs. Many of their days are spent in the clubroom slacking off, but when there is something to be done, they give their all to help others—usually in sincere, but unintentionally hilarious, ways. The SKET Brigade do all they can to provide support, kindness, encouragement, and troubleshooting to any students crazy enough to ask for their services.

Both are about an overpowered protagonist who gets transported into a fantasy world. The male protagonists are surrounded by multiple girls (it’s not harem though, don’t worry).

The story centers around Taro Sado, a high school student who is hiding a huge secret – he is a masochist! To get help with his problem he ends up joining the Second Voluntary Club, which promises to “fix” him.

However, it turns out that all members of the club are troubled individuals with serious issues.

Both have a male lead (Accelerator) who is extremely overpowered and can beat absolutely everyone and everything. Other leading characters in these anime are gifted with special powers despite looking human-like, and they are hella strong!

Both anime include characters who get teleported from the modern world into a fantasy world. The main characters of these series are insanely powerful and skilled, and the new world has various races/ factions. Oh, and I almost forgot – there is a hot demi-human girl in both of them, who is also strong, siding with humans.

No Game No Life revolves around two main characters, Sora and Shiro, the duo of NEET siblings who dislike the real world (hence the choice of being NEET). They are famous in the online multiplayer game under the nickname “Blank” for being extremely skilled and undefeatable.

The godlike, overpowered, and never defeated gaming duo has a completely new goal in mind: to become gods in this new realm. 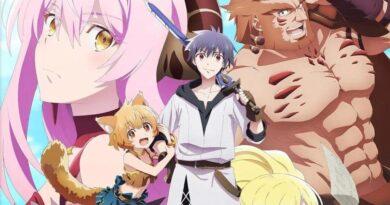 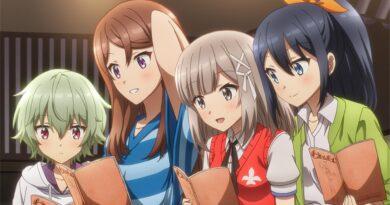