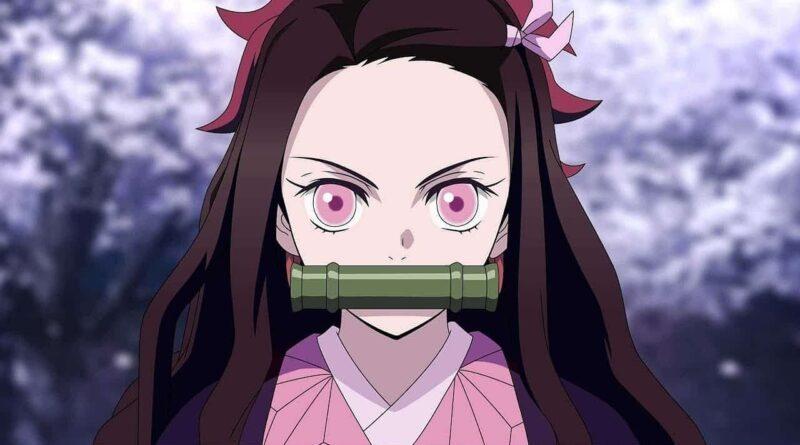 Nezuko Kamado is the younger sister of the protagonist of the Demon Slayer series, Tanjiro Kamado.

She is the 3rd most popular character from the Demon Slayer franchise according to MaL favorites.

Nezuko is unquestionably a likable and sweet girl who will do anything to protect those who are dear to her even if that means sacrificing herself in the process.

Here are the promised 10 facts about Nezuko Kamado!

#11 She is an irregular demon

Nezuko survives without eating humans because unlike other regular demons who need human flesh to get back their energy, she sustains herself by sleeping.

There are two more demons who are known to have humanity inside of them: Tamayo and Yushiro.

All of these irregular demons despise the Demon Lord, don’t consume humans, and cooperate with Demon Slayer Corps.

You might remember that in the beginning, Nezuko slept continuously for 2 years (until Tanjiro successfully finished his training). This replenished her strength.

Did you know that Nezuko has a sweet tooth?

Konpeitō is a Portuguese and Japanese sugar candy that comes in a variety of colors and flavors.

It’s a type of wagashi made almost entirely of sugar, characterized by its aesthetically unusual shape and colors.

#9 Her Blood Demon Art is harmless to humans

This technique allows her to generate and manipulate special demonic flames created from her blood that are pinkish in color. She does this by igniting her blood or creating it from thin air. Blood Demon Art also temporarily dampens the demons’ ability to regenerate.

The interesting thing is that it has been shown to hurt only demons while humans remained unscathed if touched by her fire.

#8 Nezuko is the most searched anime girl on Google

According to Google Trends stats for 2021 that were accumulated and later modeled by RiNNE, she ended up as the most searched (popular) girl.

#7 Her ideal type of man

Nezuko’s ideal man could be described as a rook, according to her own words. Now, what does that mean?

The rook is the strongest shogi piece that can move any number of squares horizontally or vertically.

Do you fit into this description? 😀

RECOMMENDED: How to Watch Demon Slayer: Kimetsu No Yaiba in Order

#6 She is really good at rock paper scissors

Nezuko is surprisingly good at this game, always winning against Tanjiro.

Now you might have noticed that Nezuko had always bound up hair before and they were pitch black.

After she turned into a demon, she wears them down and they are still black but the ends are orange, creating an ombre look. This is because Tanjiro is legit bad at doing her hair and she can’t do it right now herself.

#4 She, along with Tanjiro, is the last surviving member of Kamado’s family

Nezuko is the last member of his family who wasn’t killed but instead turned into a demon. That means that only Tanjiro and Nezuko remain as the last two immediate family members of Kamado’s family.

The average height for a Japanese woman is 158.8 cm but Nezuko is still a girl, so her height is average.

While she is physically 12 years old, her chronological age is 14.

Nezuko was born on December 28th, which makes her a Capricorn. Capricorns are considered to be hard-working, shy, ambitious, and stubborn.