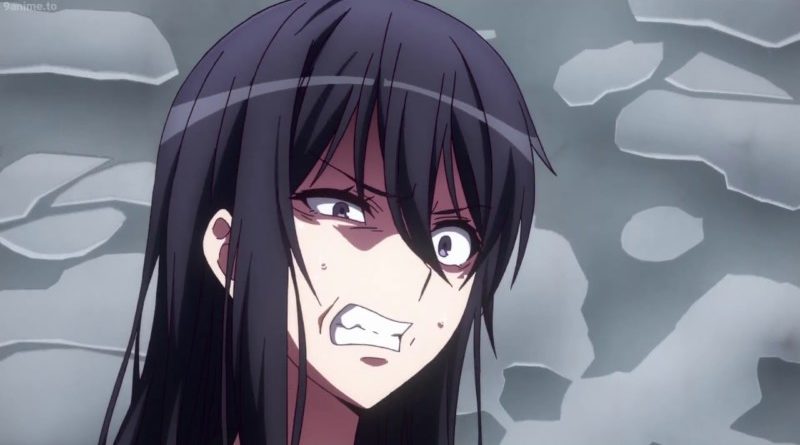 Have you noticed how so many anime include scenes with a tsundere girl punching some boy? It’s ridiculously high. It seems that we are somewhat prone to accept it as normal BUT only if it’s female to male abuse.

Now I am not okay with any kind of abuse but these anime clearly do it for the comedic purpose rather than acceptance of the violence/abuse itself. No one is being hurt afterward in reality and life continues as it used to (in anime).

This trope seems extremely popular and is a part of many anime to this day.

You don’t have to be genius to notice that there is a lack of anime where is a tsundere male punching a cute anime girl.

The only anime where I have noticed this being used from male to female is Aho Girl. So kudos to you, Aho Girl.

This article is not going to talk about the tsundere double standard, but rather about the fighting one. I noticed that in the majority of anime, female characters can beat the crap out of female/ male opponents equally but male protagonists can only beat other males (with an exception of some non-cute females) and otherwise have to defeat females in an honorable and clean way.

This is obviously wrong on many levels.

Misaka Mikoto, the main heroine of the Toaru Kagaku no Railgun, the spin-off series of the Toaru Universe, is a tsundere by no underestimation. She is not insufferable like many tsundere girls are but she loves to “shock” Touma, the main protagonist of Toaru Majutsu no Index quite frequently.

When is it okay to punch a female though?

Well, in reality, it’s never okay to punch anyone.

But we are talking about anime and fights. If girls and boys in anime can be evil and pretty strong, there is no reason for them to not receive the same treatment.

To the point – Toaru Universe balances everything out.

We around bound to discover that Touma has punched girls a few times too. But to his defense, it was always necessary. He does not punch women because they are women (or any dumb reason), he just punches female VILLAINS (or male villains, he does not differ) exclusively. The women he punched are immoral criminals and psychopaths who also happened to be females.

Then we have Accelerator, who also managed to pwn and scold messed up girls (and boys) equally if they were literally asking for it by their actions. He legit does not differentiate between them and treats them EQUALLY. And that’s not always pretty because they get destroyed by him like our dear Awaki.

What do you think about the double standards when it comes to abuse in anime?